Using ArcGIS Desktop, I am trying to create a frontline of a battle from WW2. I have known points, and want a polyline to run between both sides. There is 87 days of combat, so every day there is a new frontline as units move.

The image below is an example of one day.

I originally tried using Thiessen polygons, but it's to inaccurate, especially when you have an outlier that juts out.

Do you have any ideas or thoughts? Dataset 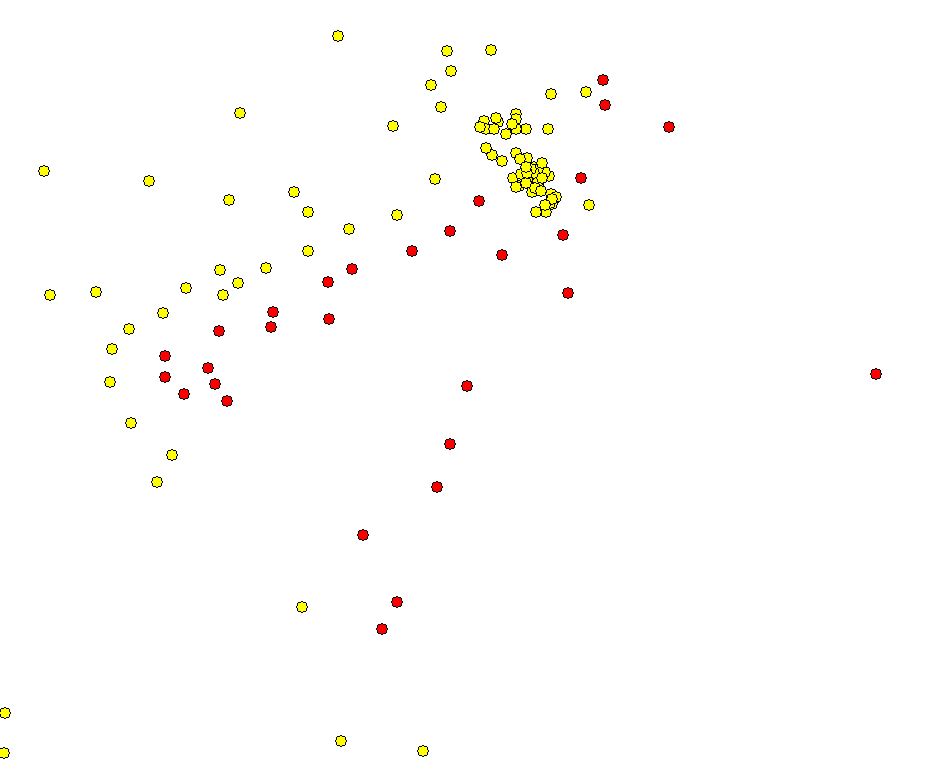 Thieseen Polygons. Its not to bad, but there is that jut in the top right area with the purple polygon. 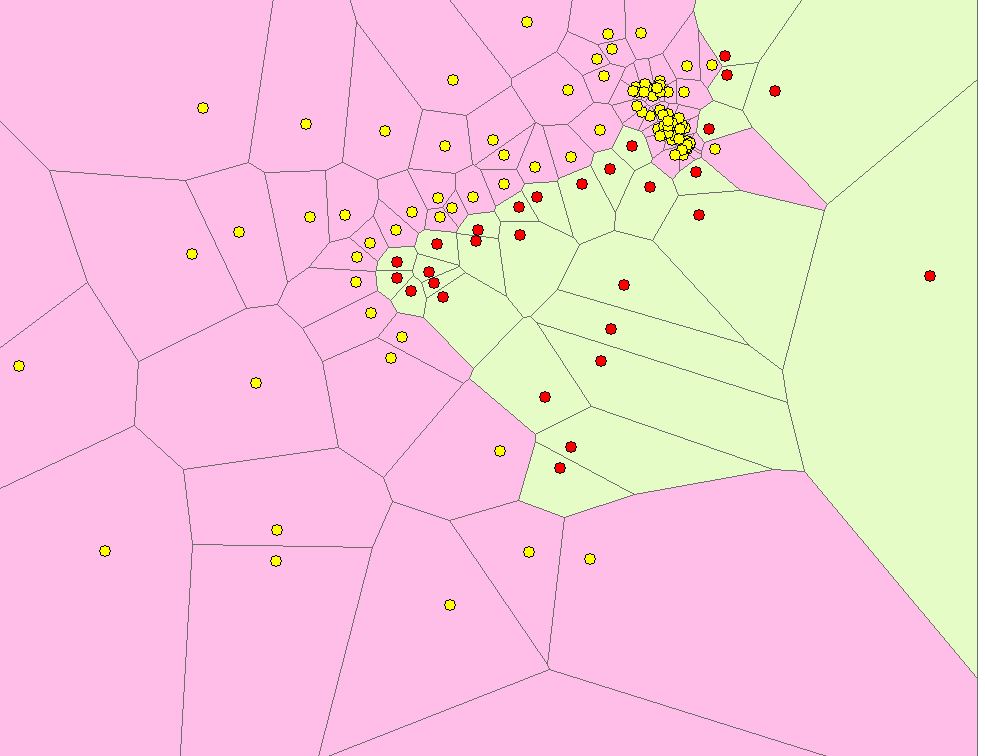 Concave Hull example. I need a tighter fit and the red concave to not overlap any yellow points. 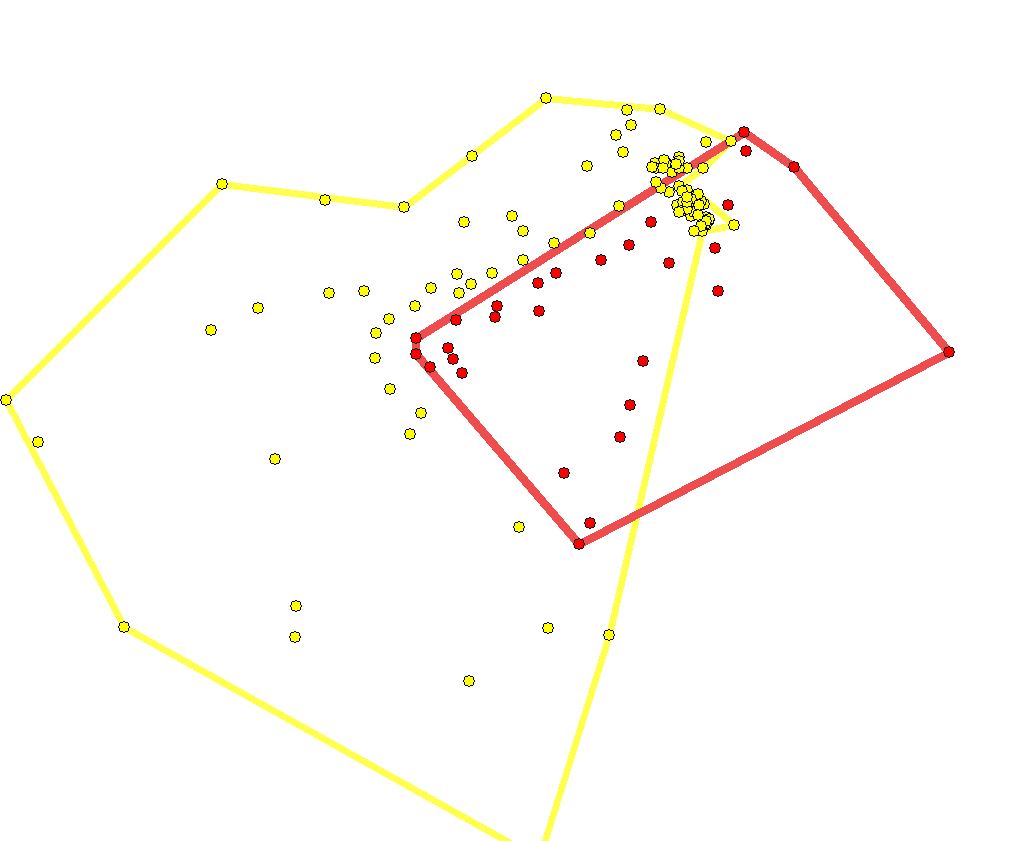