I am receiving a 999999 error each time that I attempt to run Zonal Statistics as Table. I am attempting to overlay population data from an asc file with a shp file with French Alsatian municipal boundaries delineated as features. I am working on arcmap 10.6

I converted the asc file to a raster (with the "ASCII to Raster" tool) and then used it as the input value raster in the Zonal Statistics as Table tool. I use a shp file for the feature zone data. I have found that I get an error if leave the processing extent set to Default, but this goes away if I set it at the extent of the (asc) input value raster.

I think that the issue may be stemming from the asc file used for the input value raster. Its properties indicate that it has an "Undefined" spatial reference, and the shp file used to input feature zone data has not produced this 999999 issue when used with other non asc files.

I also get the following message box when I first create a layer from the asc file in question:

The following data sources you added are missing spatial reference information. This data can be drawn in ArcMap, but cannot be projected.

I have followed the directions from https://community.esri.com/thread/47038; Neither selecting a coordinate system from the properties window nor using the "define projection" tool has resolved this issue. 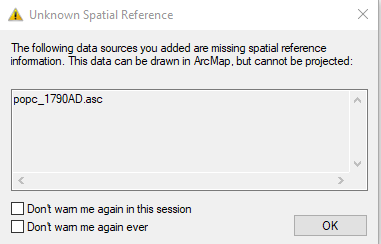 One other potential lead is that the issue stems from the relative size of the shp projection vs that of the asc; When I zoom to the layer of the asc file, I have to scroll out from 1;1081 to about 1:50,000,000 before the shp file in question even appears in view. By that point the world map from the asc file is too small to be visible.

[edit]: Here are a few pictures to depict what I said about the raster and shapefile not overlapping. 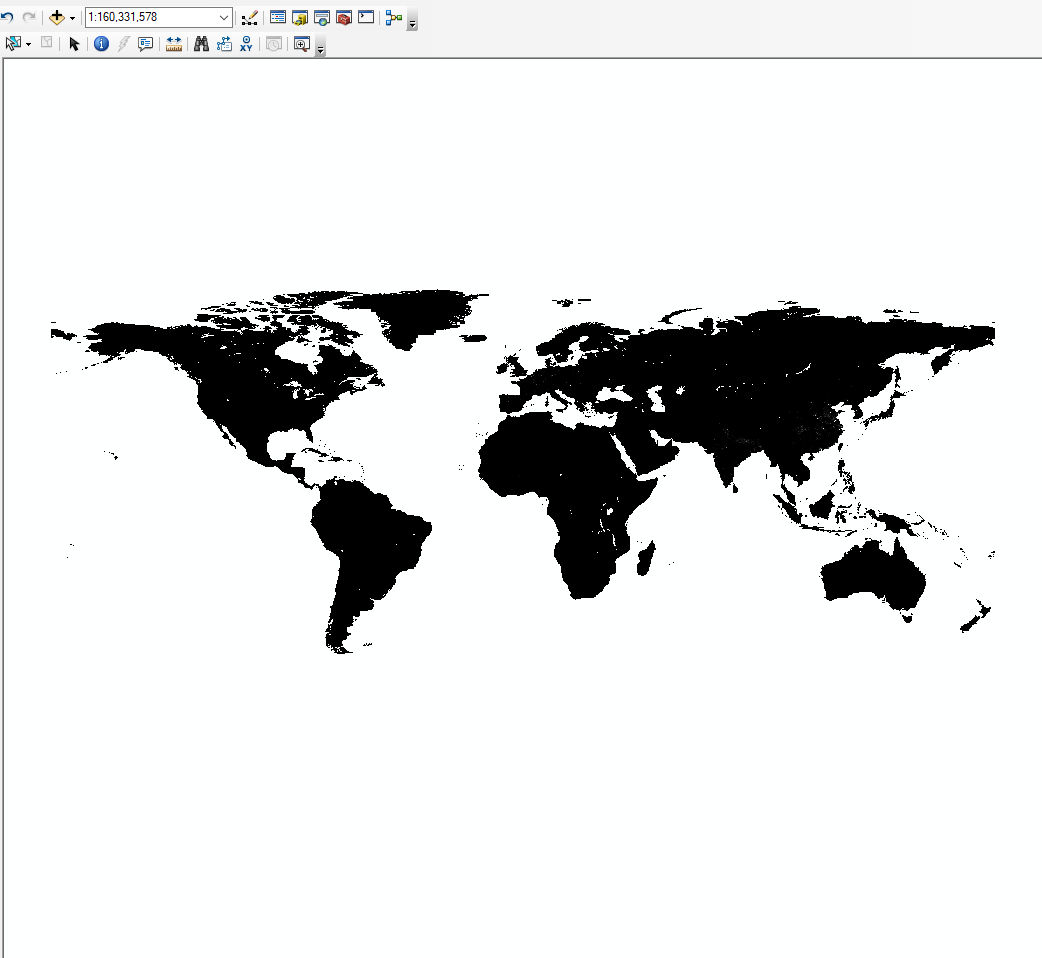 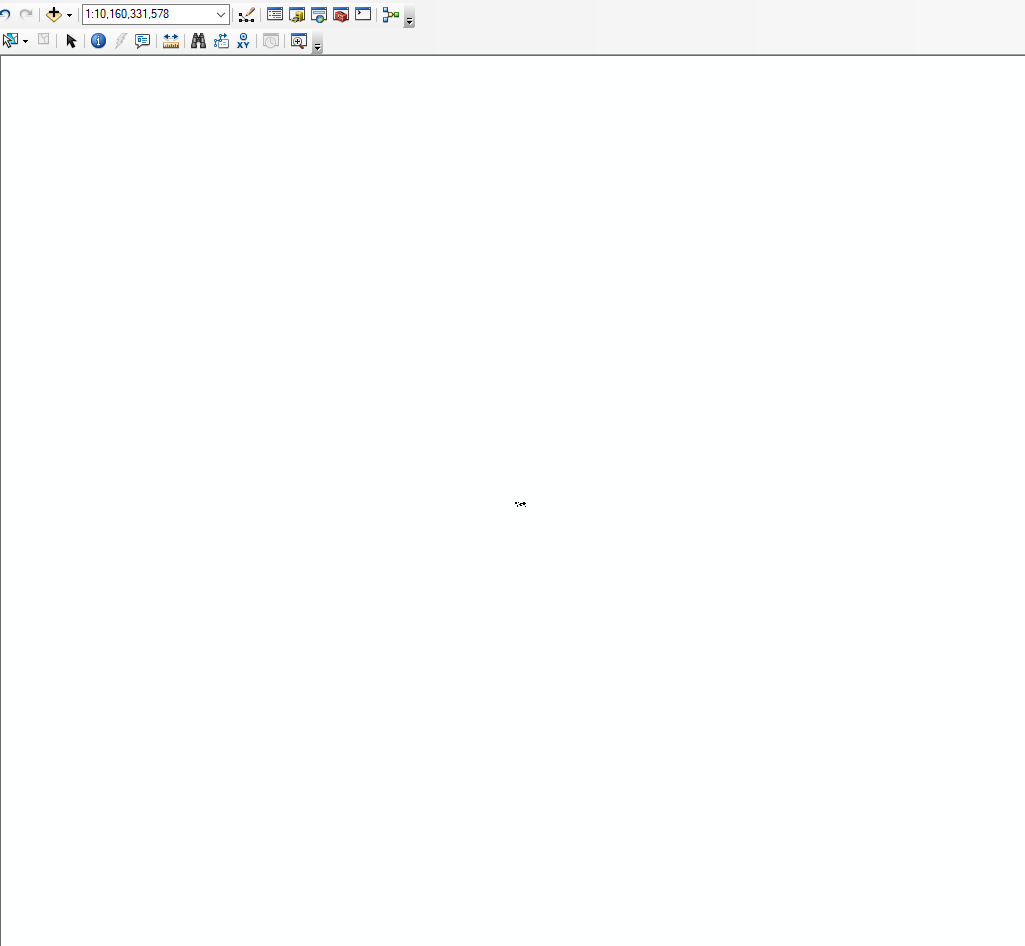 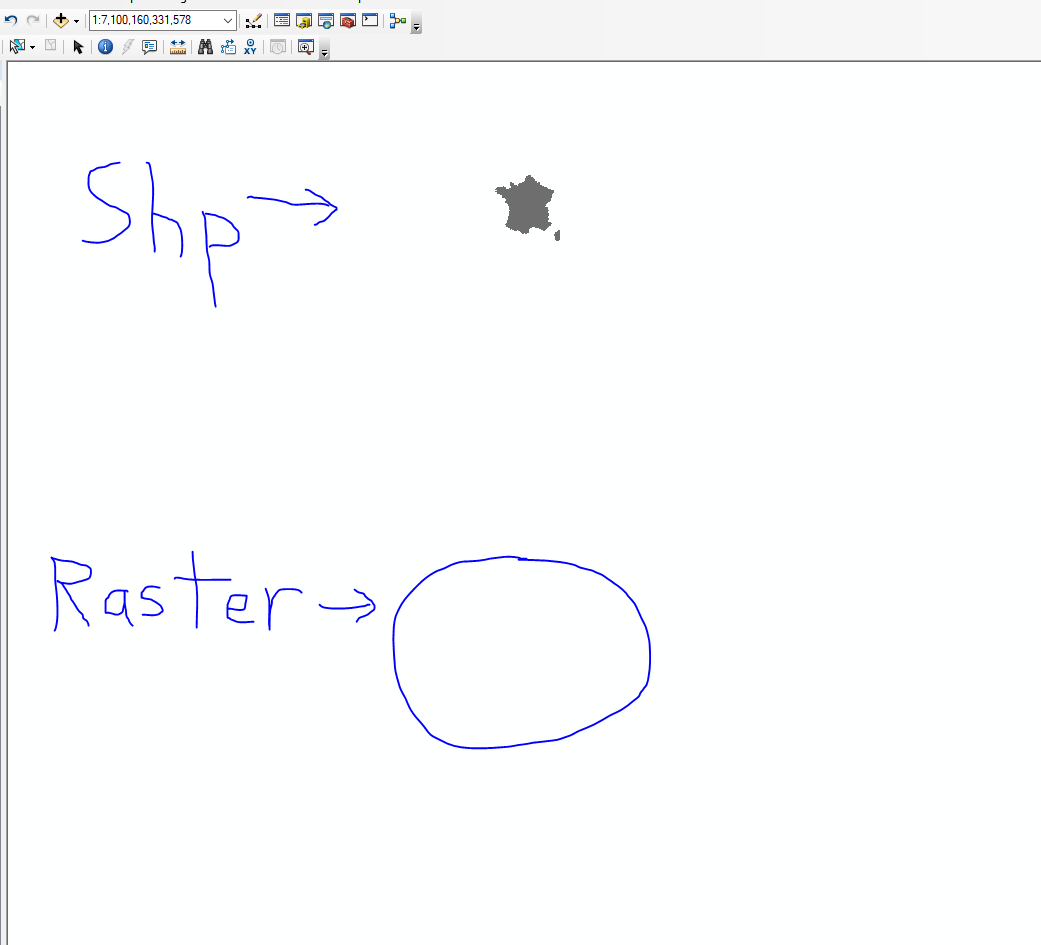 Any of the geoprocessing tools in ArcToolbox that involve raster + vector interactions/operations require the data share the same coordinate reference system.

Figure out the CRS of the raster file. Use Define Projection to assign the CRS to the raster. Reproject one of the datasets if they are not the same so that they are the same, and try again.

Not the answer you're looking for? Browse other questions tagged arcmap zonal-statistics raster-conversion error-999999 ascii or ask your own question.

65
Layers with same coordinate system should align/overlap in ArcMap but do not?