Find intersections of roads in QGIS

I want to get points at the intersections of the road network. I have a single shapefile. It contains 100k features and some of them continue each other. 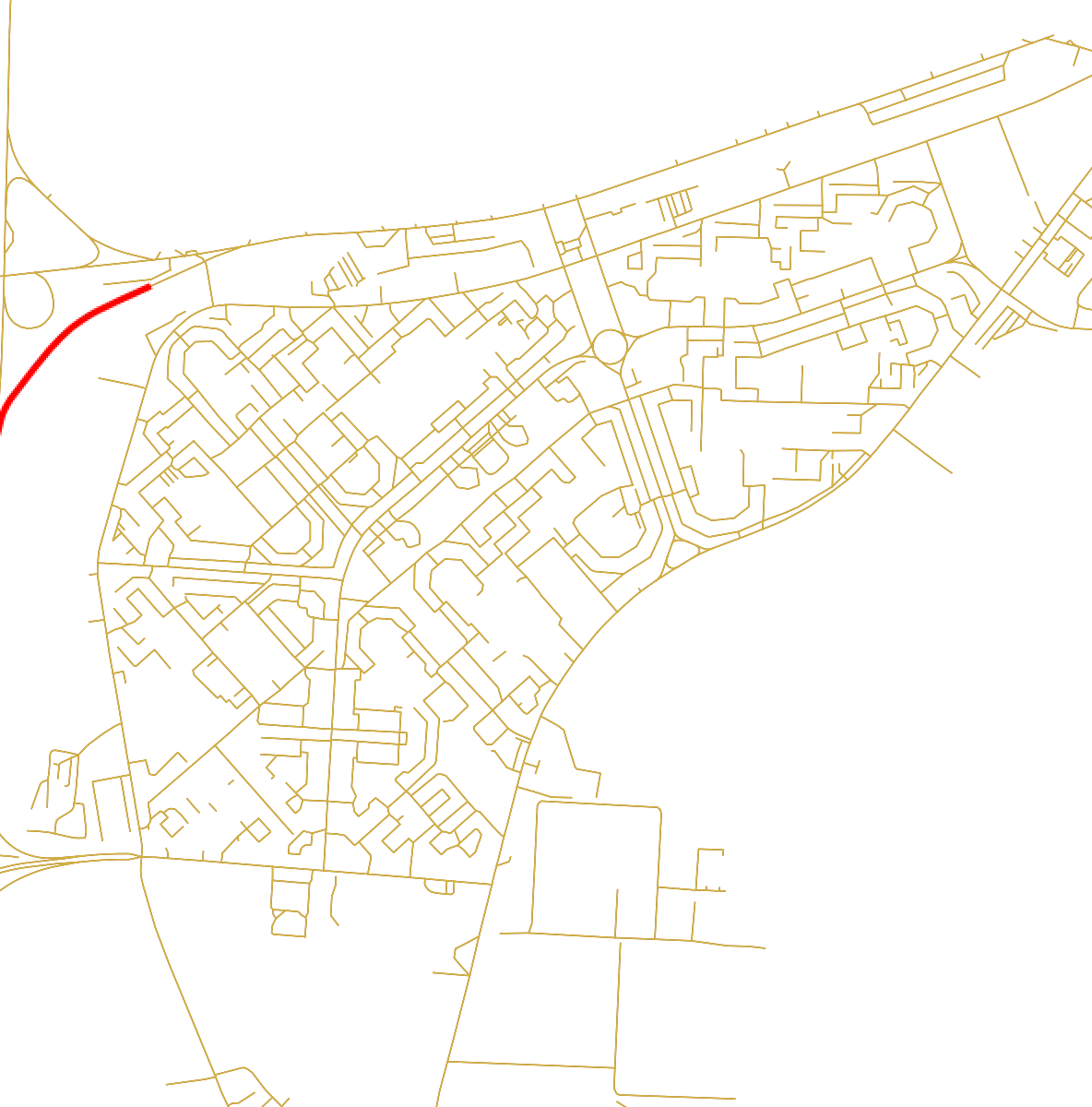 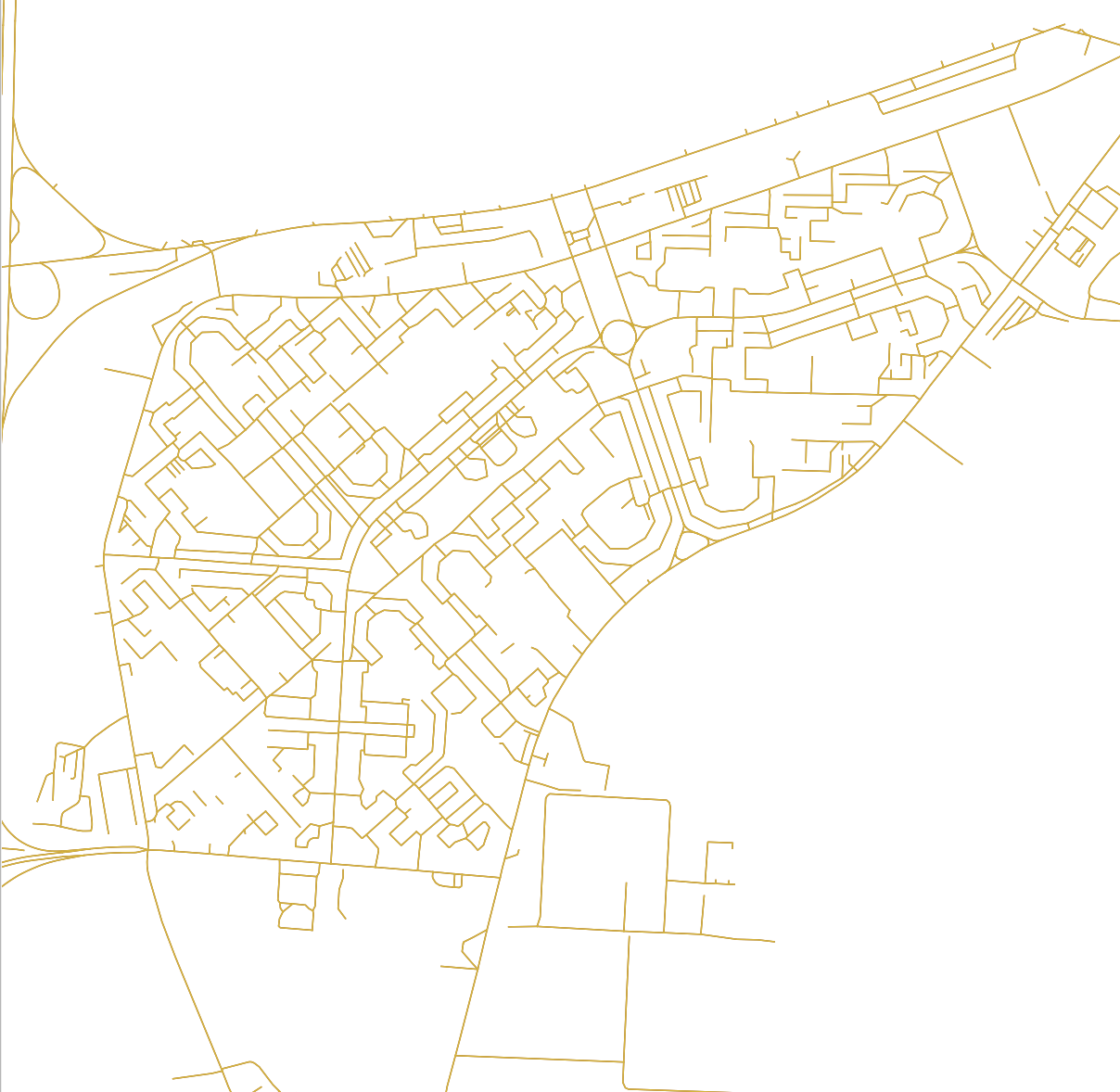 As can be seen from 2 pictures above, the selected feature doesn't have any intersections between its neighbors, while it has them from QGIS's point of view. I've tried the solution from Find intersection point in a road network of line shapefile: 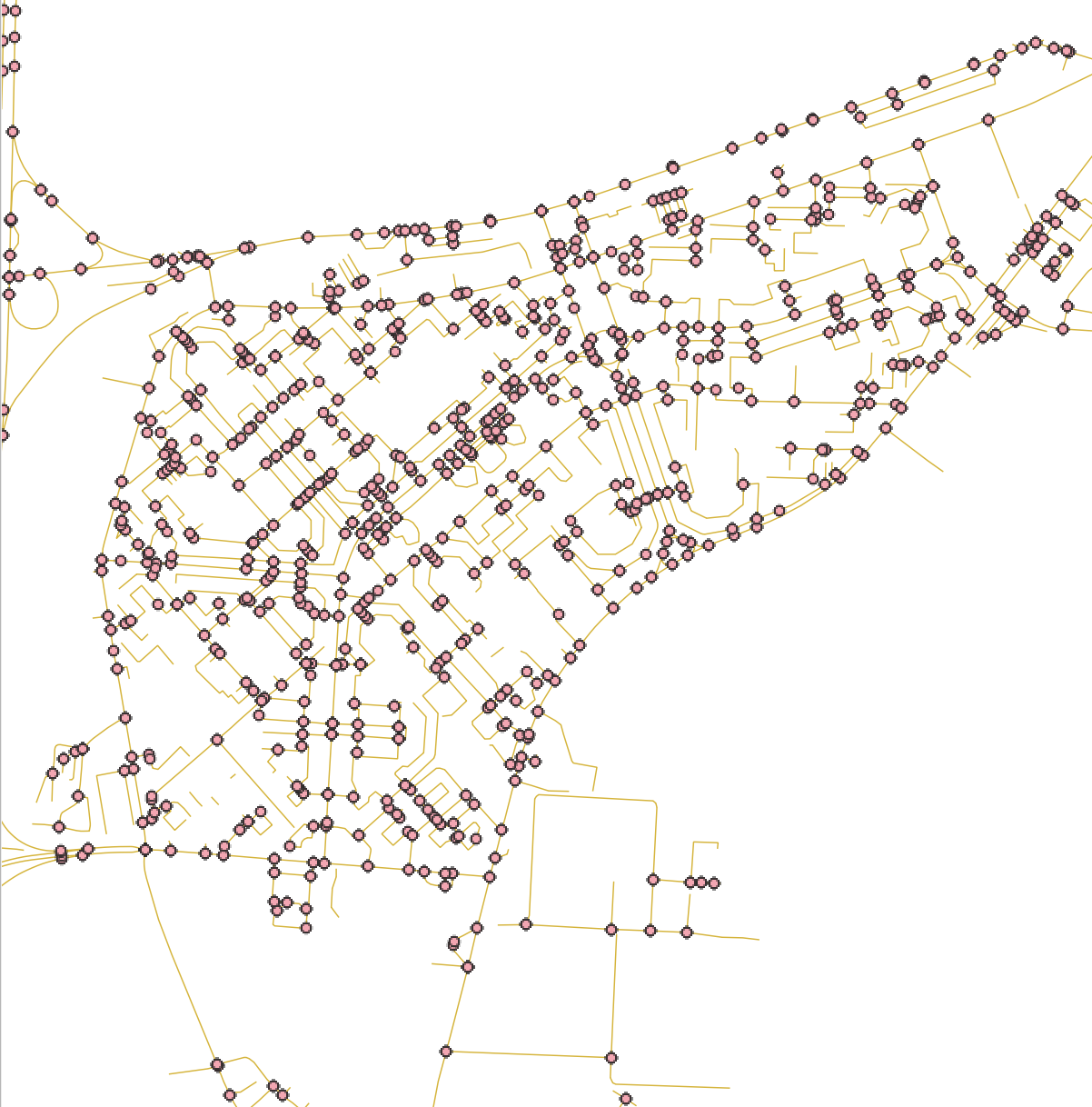 As you can see, QGIS made an intersection point at the selected road segment, while it must not be done. Any suggestions?

I found a better and robust solution. Tested using QGIS 3.14. Run the following tools from the Processing Toolbox 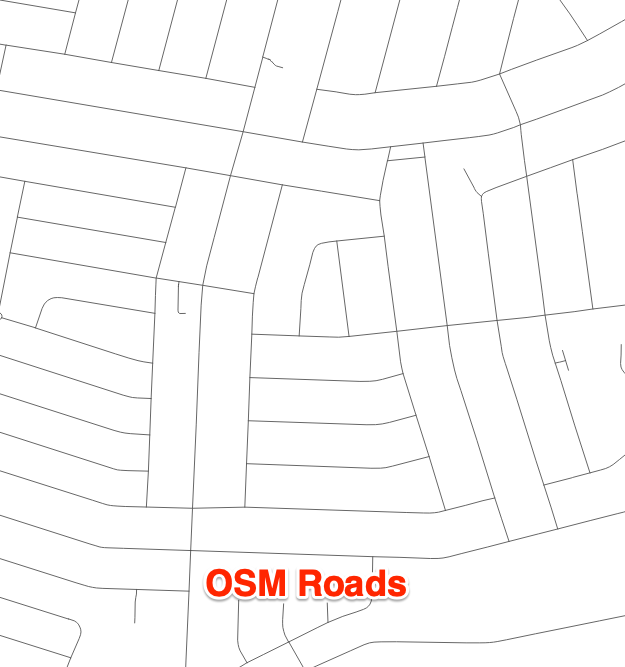 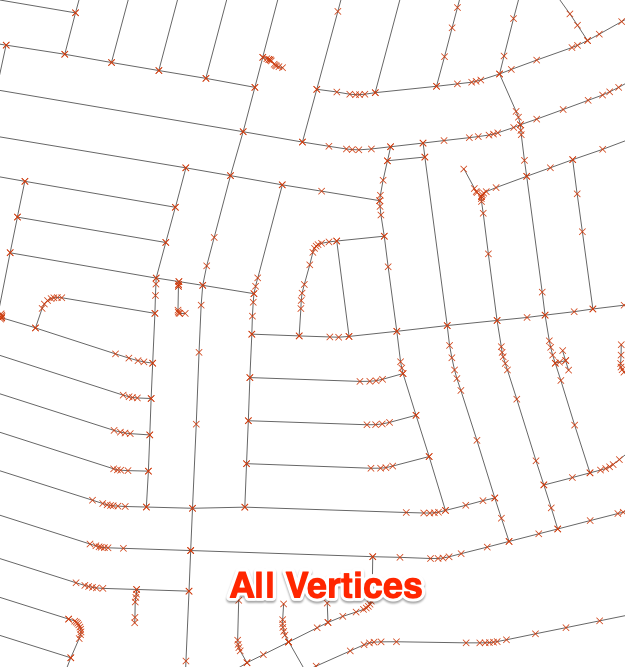 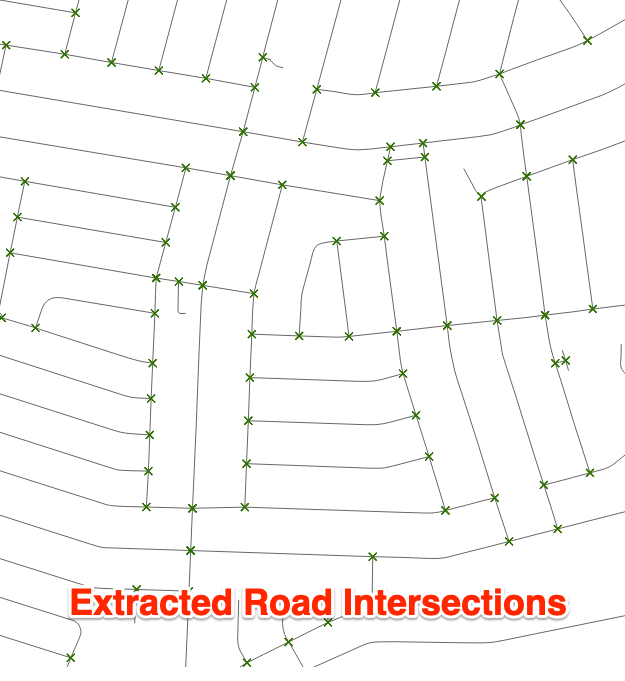 If your road network has a name attribute or similar, you should be able to do this by dissolving based on attribute(s).

As an example, consider the following road network layer. The layer has been symbolized to have points at the first and last vertices. You can see that, like your data, mine is split into many, many short segments. 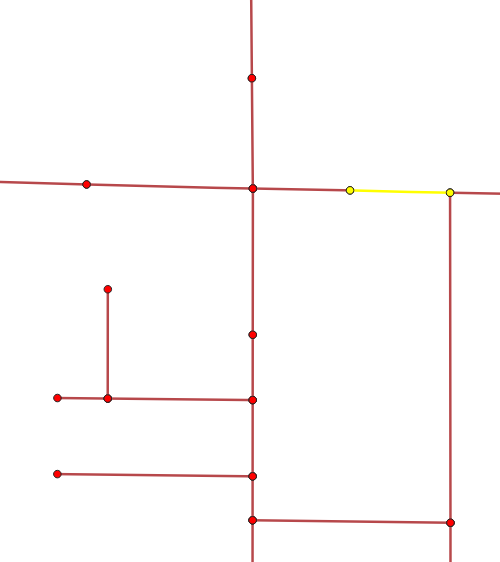 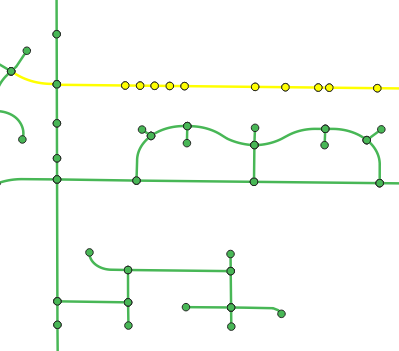 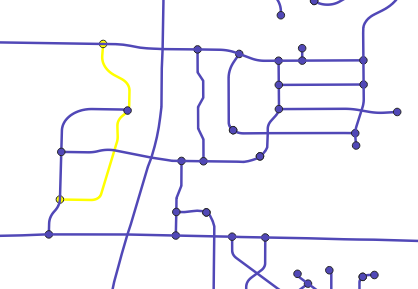 Here's the output, with intersections symbolized as Xs. To help illustrate the result, I've included the original network's start and end points, which you can see are no longer included as intersections. 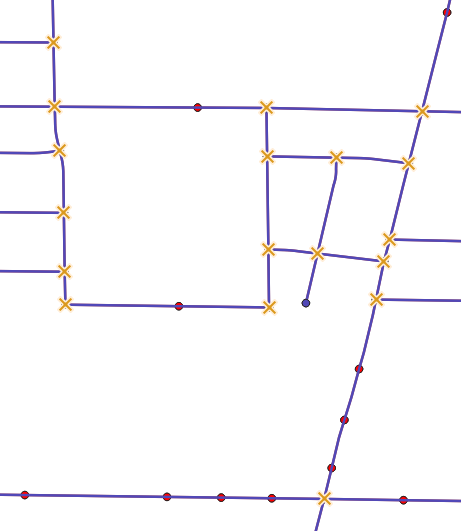 An additional benefit of creating line intersections this way is that the intersection layer can retain the attributes of both intersecting features from the lines layer, since we did not do away with the attributes in that initial dissolve. This may not be useful to your particular purpose, but it may be beneficial to manage the output data. You'd only be a field calculation away from something like "Intersection of Avenue X and Street Y" for each intersection.

Finally, be aware that this method isn't perfect. If an otherwise continuous line changes attributes, you may end up with "intersections", as shown below. The tiny dead end in this picture technically has its own name, so it kept it separate. 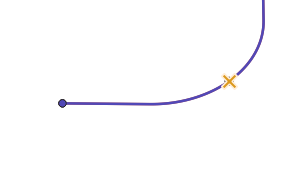 Not the answer you're looking for? Browse other questions tagged qgis intersection or ask your own question.

6
Find intersection point in a road network of line shapefile