I have a forested area, that suffered different disturbances over multiple years. Each year, disturbance data was collected on different forest extend and some disturbances can overlap (beetle infestation or clear-cut).

My goal is to clean and summarize the dataset, i.e. unify the extent and allow the forest area to be disturbed only once over my time period. Simply, I wish to clip the disturbance data to the available forest area in current year, and update the extend of forest cover after every disturbance.

I am trying to apply arcpy to automate the process.

I thought this could be fairy simple to do. However, my script either return empty dataset, erase the initial forest or says "that output and input data equals".

My desired output is the set of cleaned (not overlapping disturbances limited on forest) disturbances. I am trying to automate the process, as I have 3 different disturbances types over multiple years, together 18 disturbances featureclasses.

How to update the forest polygon and spatially restrict every disturbance?

This might be oversimplifying the problem but a single Union and Select could work: 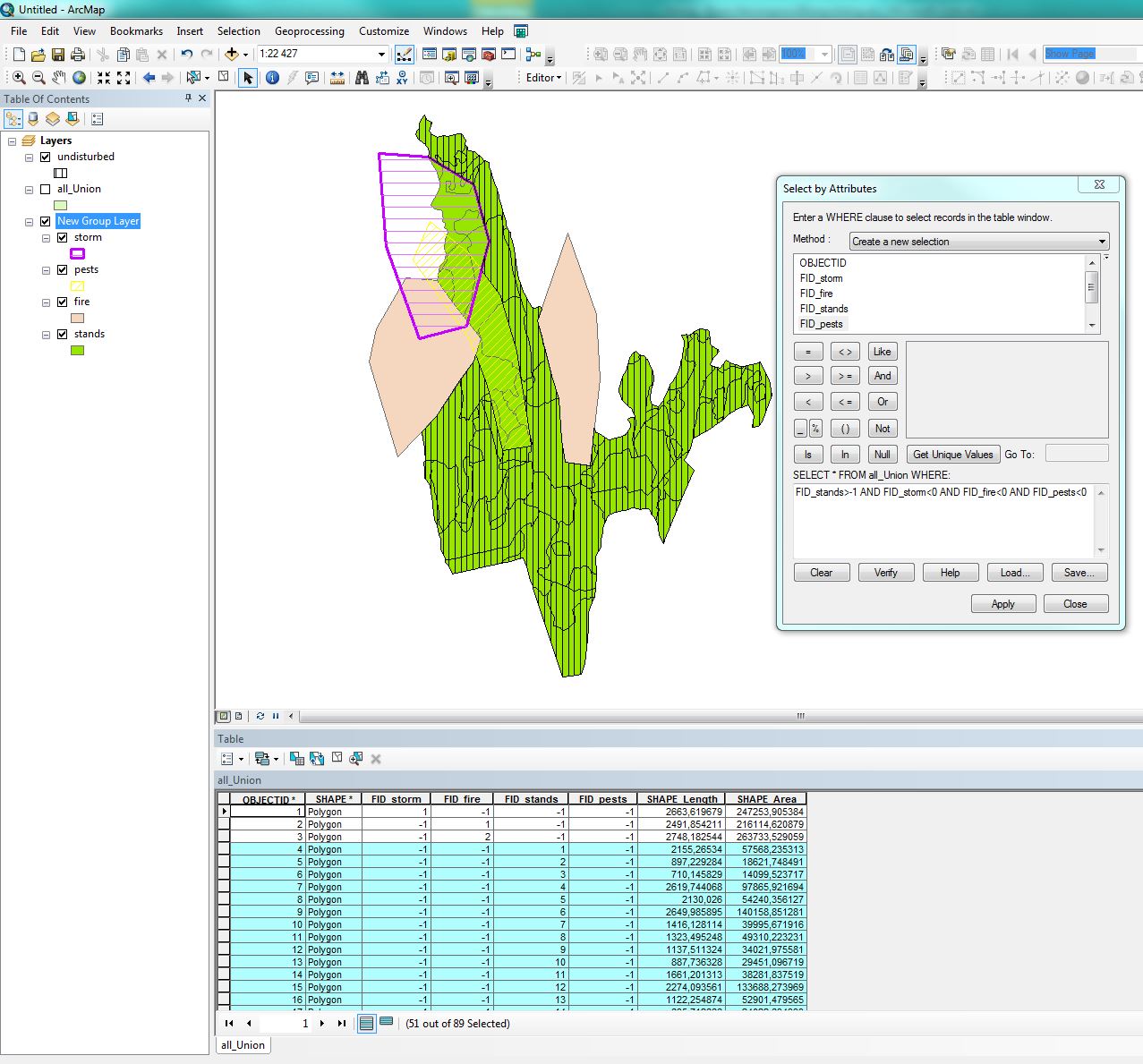 Actually, my problem was that for some features clip tool generated empty output. This lead to to further generate empty forest class etc.

So here, I check if the count of rows in a feature class and than run my loop only on those features: