I have two point layers, one with telecom towers and another with secondary schools. I have used the NNJoin Plugin to find the nearest tower from each school, and calculated the distance between. The result is in a vector layer, with separate columns for the tower and school names.

How can one draw lines between the pairs of points?

This should be possible without any plugin using the default Processing tools, particularly Distance to nearest hub: 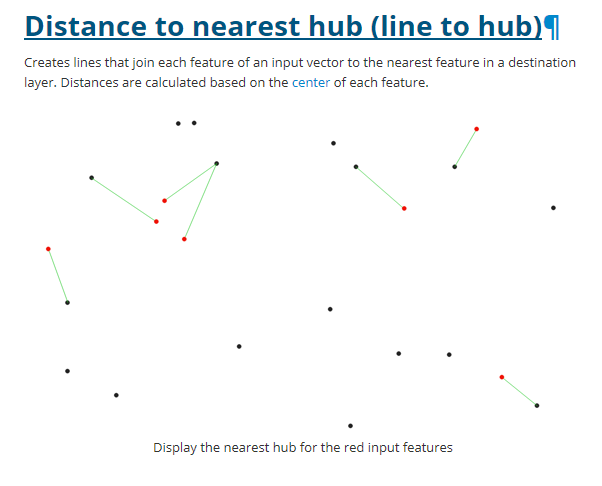 Let's assume we have eight features in 'school' (blue squares) and five in 'tower' (orange circles) accordingly, see image below. 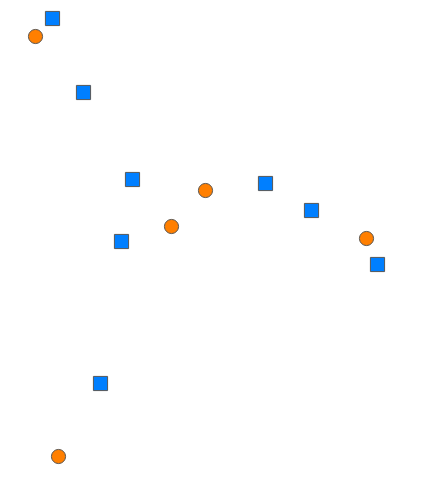 With the following Query, it is possible to draw lines between the pairs of points.

The output Virtual Layer will generate shortest lines between schools and towers including the following attributes "school name", "closest tower name", "distance to the closest tower" and "unique id". 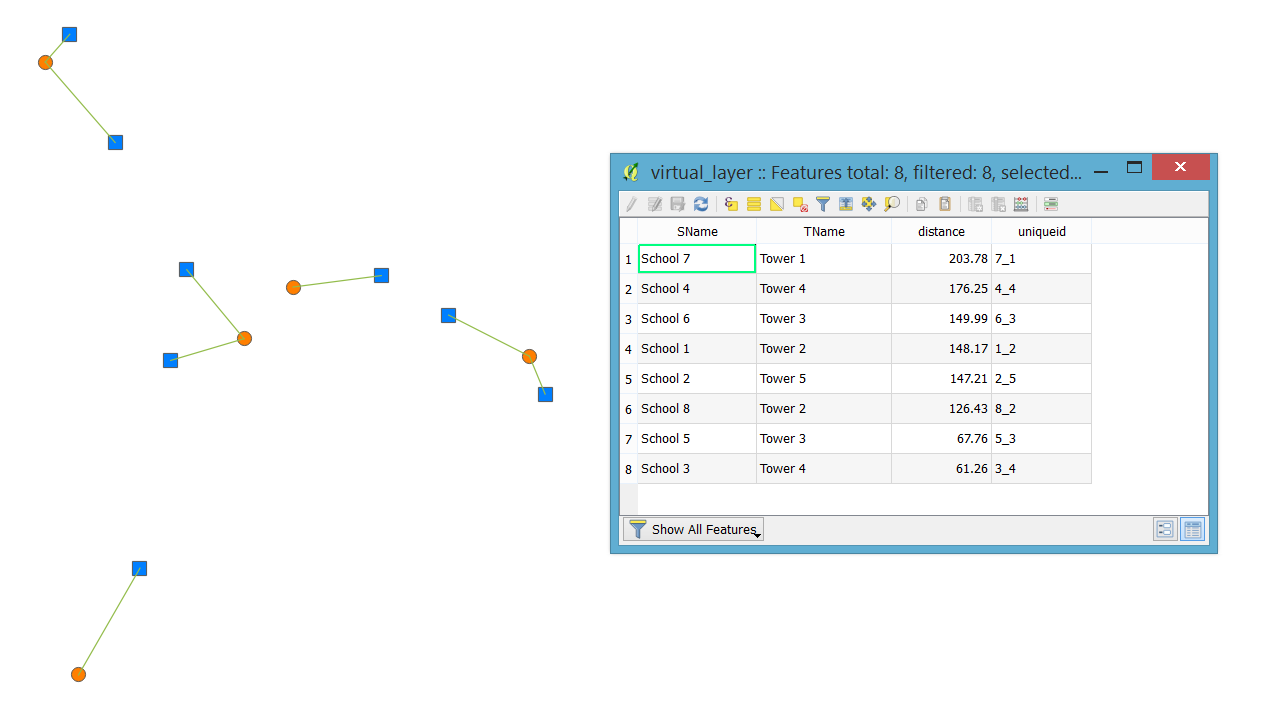 There are several ways to accomplish this. I used the following method.

The result is a shp-layer with lines from each school to the nearest tower.

Nowadays, exactly since QGIS version 3.16, there is another possibility: use the overlay functions of QGIS expressions, either with Geometry Generator or Geometry by expression. Use this expression:

Screenshot: red= schools, white=towers; the black lines (arrows) are created with the expression from above: 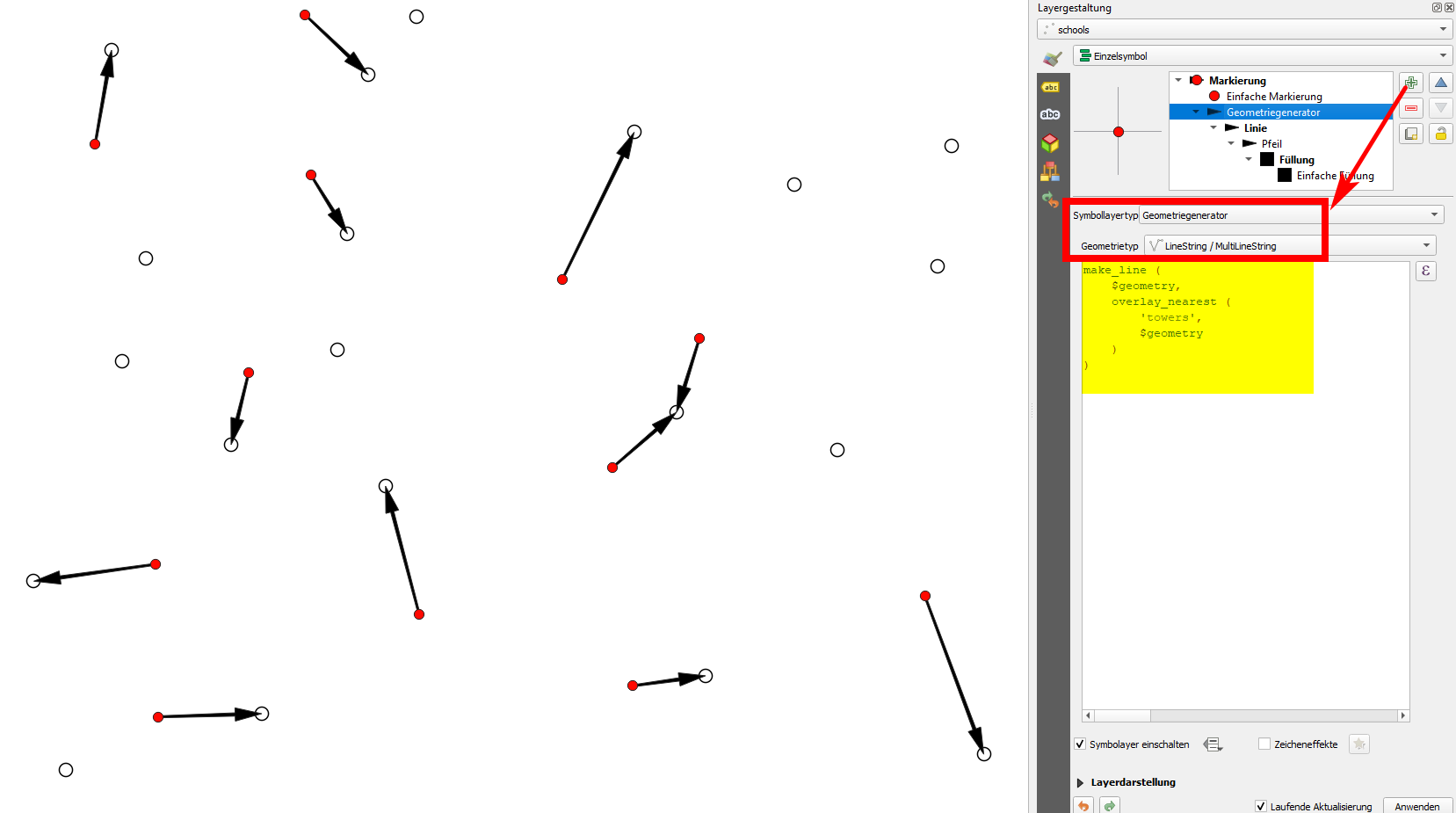 Not the answer you're looking for? Browse other questions tagged qgis point proximity polyline-creation or ask your own question.

33
PostGIS nearest points with ST_Distance, kNN
7
Use QGIS expressions to create geometries: difference between geometry generator and geometry by expression
7
Finding point closest to point on near feature?
4
Calculating nearest neighbor within each polygon using QGIS
3
Find 3 closest points in relation to another point
1
"Select by location" fails for points touching/intersecting on lines