Is there a way to set up a legend so the group name spans multiple columns in QGIS print composer? Trying to set up a legend where one of the items is split into columns, but the group spans the columns. Using multiple legends, I was able to achieve something close to what I am looking for, but in the layer that is split into columns, there is a space that seems to be left over from the group name that I cannot get rid of to make the columns even.

I'm showing the frame on the second legend entry to show what's happening, in practice the frame is hidden so it appears to be one block. The main legend has a single column for the items that span the entire width. The secondary one is split into columns, and just has one layer in it. I want the name of the layer to span both columns, so need to include it in both legends, but hide the name in the secondary legend, but print composer leaves a space when I hide the layer name. I'm suppressing the name of the layer by editing it within the legend entry. 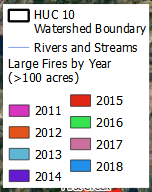 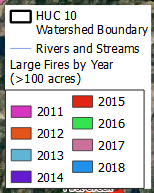 What I'm looking for is to have the columns even like this (achieved by image editing): 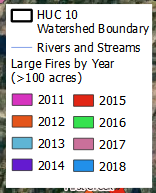 Is there a different way to hide group or layer names so they don't create a space, or alternative way to split an individual layer into columns without splitting others?

Browse other questions tagged qgis print-composer legend or ask your own question.

4
How to save space in the legend and write the layer name besides the symbol?
6
Go through items in a composer legend (QGIS 2.6)
3
Adding more than one legend in QGIS Print Composer?
3
QGIS Legend - distribution of items across columns
1
How to remove subgroup labels from legend?
5
Setting layer name in composer legend as “Hidden” using PyQGIS?
4
Manage space in legend print composer QGIS
1
QGIS spacing of individual labels