How to create and modify a multipolygon so that it does not overlap when merging layers in QGIS?

I am new to QGIS. I need to modify a shapefile so I can add a circle in a Canadian province to be used for Tableau afterwards.

I tried to use QGIS to modify the shapefile. I have created a new layer and I have merged it with the one containing the Canadian province boundaries. The result is as shown in the screencap below. Instead of this result, I would like the circle to act as a province in itself so I don't have the overlapping of the province and the circle. Can this be achieved when merging 2 layers? 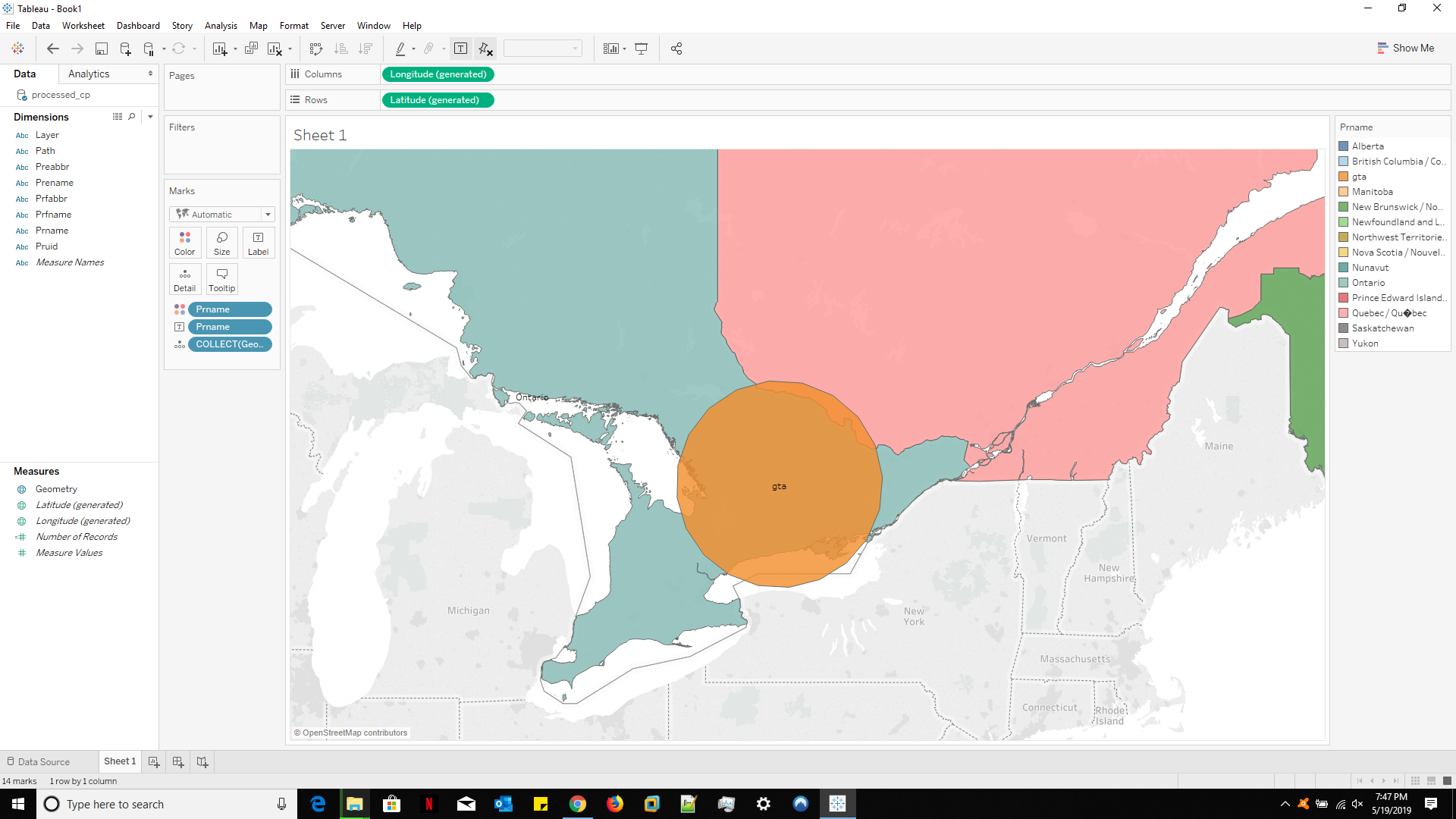 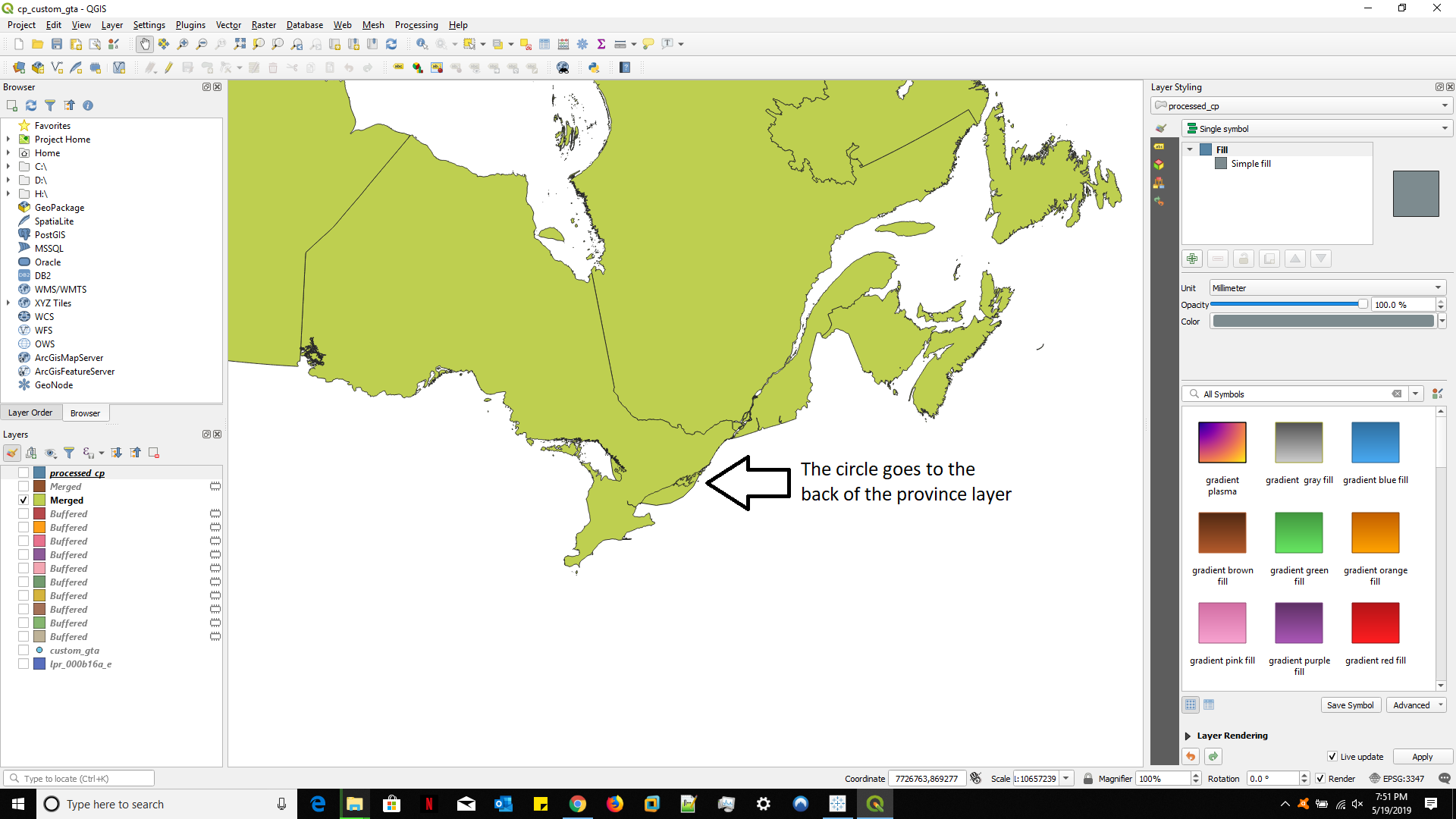 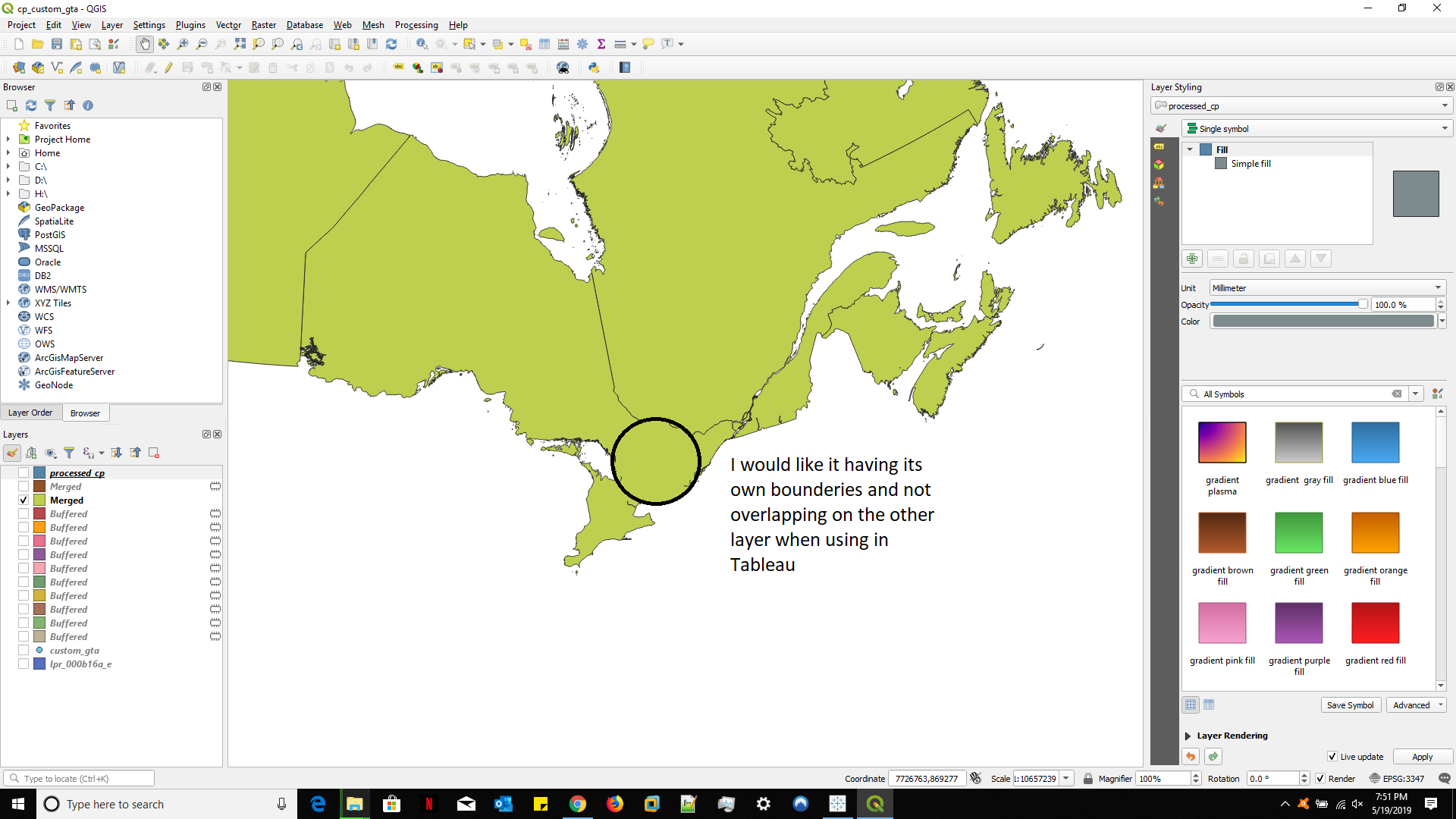 qgis shapefile tableau
share|improve this question
edited May 20 '19 at 0:24

Browse other questions tagged qgis shapefile tableau or ask your own question.

4
Why does QGIS crash when merging shapefiles?
1
Can't plot polygons with R: Invalid number of points in LinearRing found 3 - must be 0 or >= 4?
2
Decompose the polygon with polyline inside
8
Shapefile Polygon does not display in QGIS
2
Merging and splitting raster files in QGIS
1
Tableau: Using UK Shapefiles in PostGIS Database
1
Wrong boundary when plotting Canada's shapefile in Python
7
Select by location gives no result in QGIS?