Convert a raster layer representing a river feature (see picture) to the center line of the river stored as a polyline feature.

The initial input is a raster resulting from a scanner. From this scan I have reclassified the river. 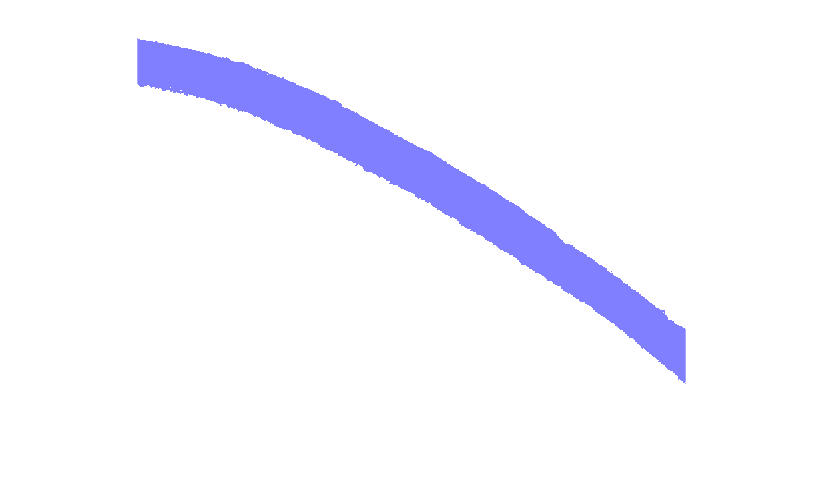 I have tried the following so far:

Especially here "v.generalize" with a high threshold yielded some better results but still not all loops are deleted. So, you can consider this tool as well in a possible solution! 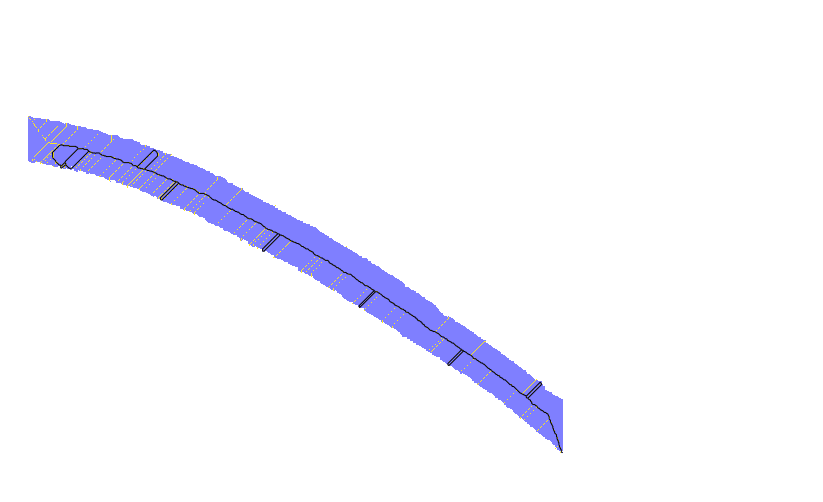 Any recommendations on a different approach or to alter my previous attempts? In an other post here (Finding the Center Line from a set of 3D Points) they mention a possible interesting approach suggested by Joseph.

EDIT: 28.05.2019 Will work on this tomorrow again and test again my approach which is also mentioned by Micha. Jons' solution seems to be the most robust approach however with my skill and time budget I am not sure if I can reproduce a algorithm which will work in GRASS GIS.

I think that the GRASS commands r.thin, and then r.to.vect ... type=line should do what you want. You have to prepare the scanned raster first by setting all the pixels that cover the river to a single value (it seems to be so from your image), and all the surrounding pixels must be NULL (r.null setnull=...)

(Edit:) Here's the procedure I tried and the result. I started with a "fat" river. 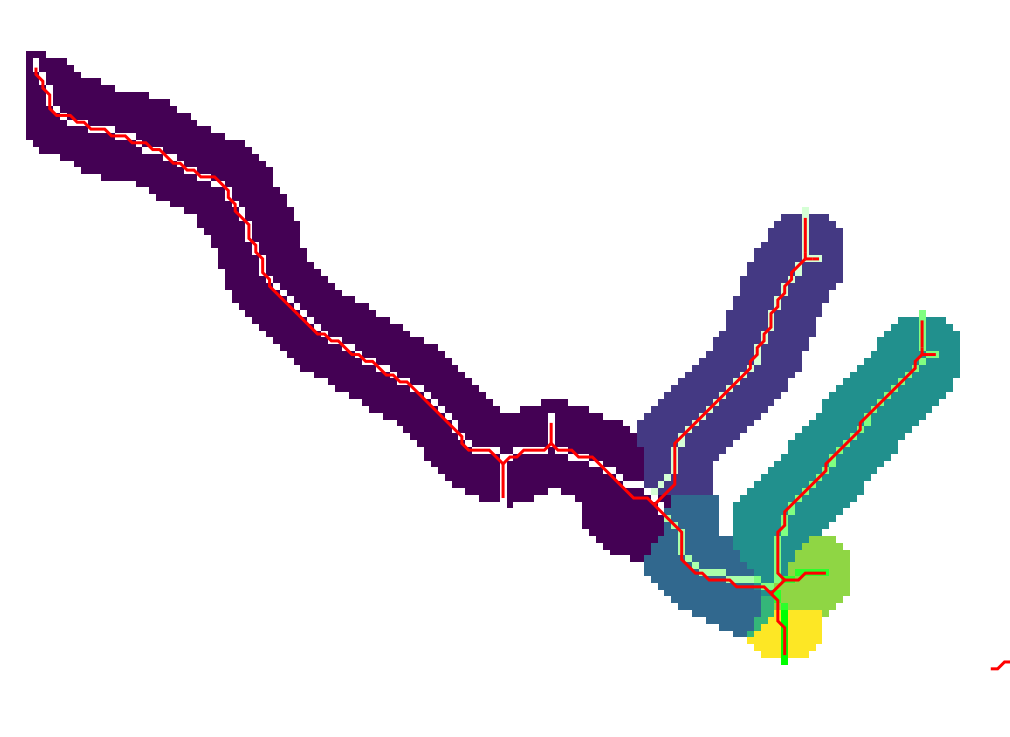 The red line is the final vector. Dark colors are the original, and the light green is the thinned raster.

I have solved this problem numerous times. I have a Matlab solution posted here, and a Python solution is included in my (soon to be released) RivGraph package here. The function you'd be interested in is called "mask_to_centerline." It takes the approach of skeletonizing (or thinning) and finding the longest, shortest path between end-locations as the centerline. There are a few other tricks in there as well.

You might want to look at polygonizing your raster, then using Voroni polygons to approximate a centerline. This approach seems to work well (I have never implemented it) and is the basis of Wes Lauer's ArcGIS Planform Statistics Toolbox's centerline function, although that requires banklines as inputs.

As you are married to GRASS, I cannot provide you some cut-and-pasteable code, but you can follow the logic of the scripts (the RivGraph Python script in particular) to maybe craft your own. One tricky challenge of this problem is to handle the edges, where the thinning tends to connect to the corner of the river object. I use mirroring to overcome this, but it doesn't always work.

Here is the output of RivGraph's mask_to_centerline.py on your image: 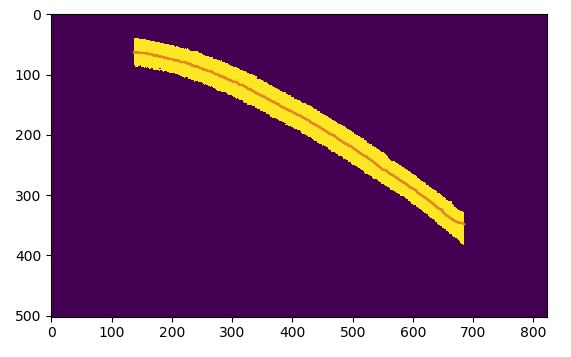 I have used the mask_to_centerline.py for dozens of rivers, and just yesterday on 80 different tidal meanders that were given as polygons in Supplementary Info of this paper to extract tidal meander centerlines. So I can say that it's fairly robust, and if you follow its logic you should end up with a similar result.

If you use Anaconda for package management, you may also try to install the RivGraph package from conda using conda install -c jschwenk rivgraph BUT I must warn you that I am still trying to debug that installation for non-Windows OSes (I also recommend installing in its own environment).

Not the answer you're looking for? Browse other questions tagged grass voronoi-thiessen rivers or ask your own question.

21
Finding the Center Line from a set of 3D Points