Merging raster fail: only one raster in output?

I am trying to merge two rasters (.tif) in QGIS (Raster > Miscellaneous > Merge), but only one of the rasters is kept in the output.

I need a 3rd rasters with the sum of the values from both input rasters.

So to 'Place each input into a separate band' is not an option. The rasters overlap completely and have the same resolution. The values of each cell are 0 or 1. The third raster should have values of:

When I try to merge as described above, the resulting raster is exactly the same to one of the preceding rasters.

I've already tried the to re-saved my .tifs but with a lower resolution (as suggested here) with no success. I'm running QGIS 3.0.1 in Windows 10.

You need to use Raster Caluclator for this. Do a simple addition as for example: 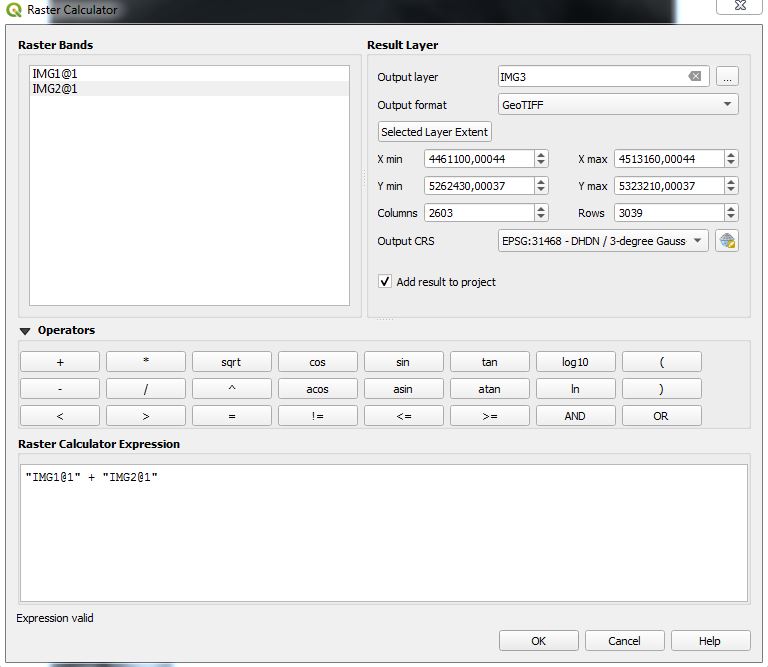 The Merge function combines several rasters into one. Also called "Mosaicing". This is useful if you want to merge several files into one, when they lay next to each other. If they overlap, the last raster will lay on top. Also see https://gdal.org/programs/gdal_merge.html Using Raster Calculator you can do (almost) all kinds of mathematical calculations on your rasters, as you need to do in your case.

Not the answer you're looking for? Browse other questions tagged qgis raster merge or ask your own question.