Counting points in polygon for subset of points layer

I have a points layer with a column that separates the points into different types (e.g. 'high', 'medium', and 'low').

I need to count the number of points within polygons, for each of the different types.

At the moment, I'm doing it by creating a separate points layer for each of the types and then running the points within the polygon tool for each of them. I was just wondering if there's a tool that lets you run points within polygon but with conditions so that I could run it for those points where the type is 'high' etc?

SQL is the answer!

You can achieve this using the DB Manager of QGIS.

You can then load the result in the layer manager.

When I looked into this, I was surprised to see that there was no single tool that accomplished this task. However, using 3.18, this can be solved with two tools:

Use the Intersection tool, where the Input Layer = your point layer and the Overlay layer = your polygon layer.

The resulting output will be a new point layer containing the two input fields, "type" and "poly_code". In other words, each point now contains the attributes from the matching polygons they fall within.

The final task is to count the number of points, by "type", within each polygon. This is accomplished using the Processing Toolbox > Statistics by Categories tool, where the Input Vector Layer = the output point layer from the Intersection tool, and within the Field(s) with Categories option, both "type" and "poly_code" are checked on.

Voila! The output table now contains a count for each "type" by "poly_code" combination.

You can easily do this by using expressions - the function overlay_within is available since QGIS 3.16 (for older versions see the refFunctions plugin). You can achieve it in one step, however for clarity I explain it in two steps. If you want to do it in one step, simply replace "polygon_id" in the expression of step 2 with the whole expression from step 1.

Select the layer with your points and use the field calculator:

You get the number of features for each type and each polygon separately. 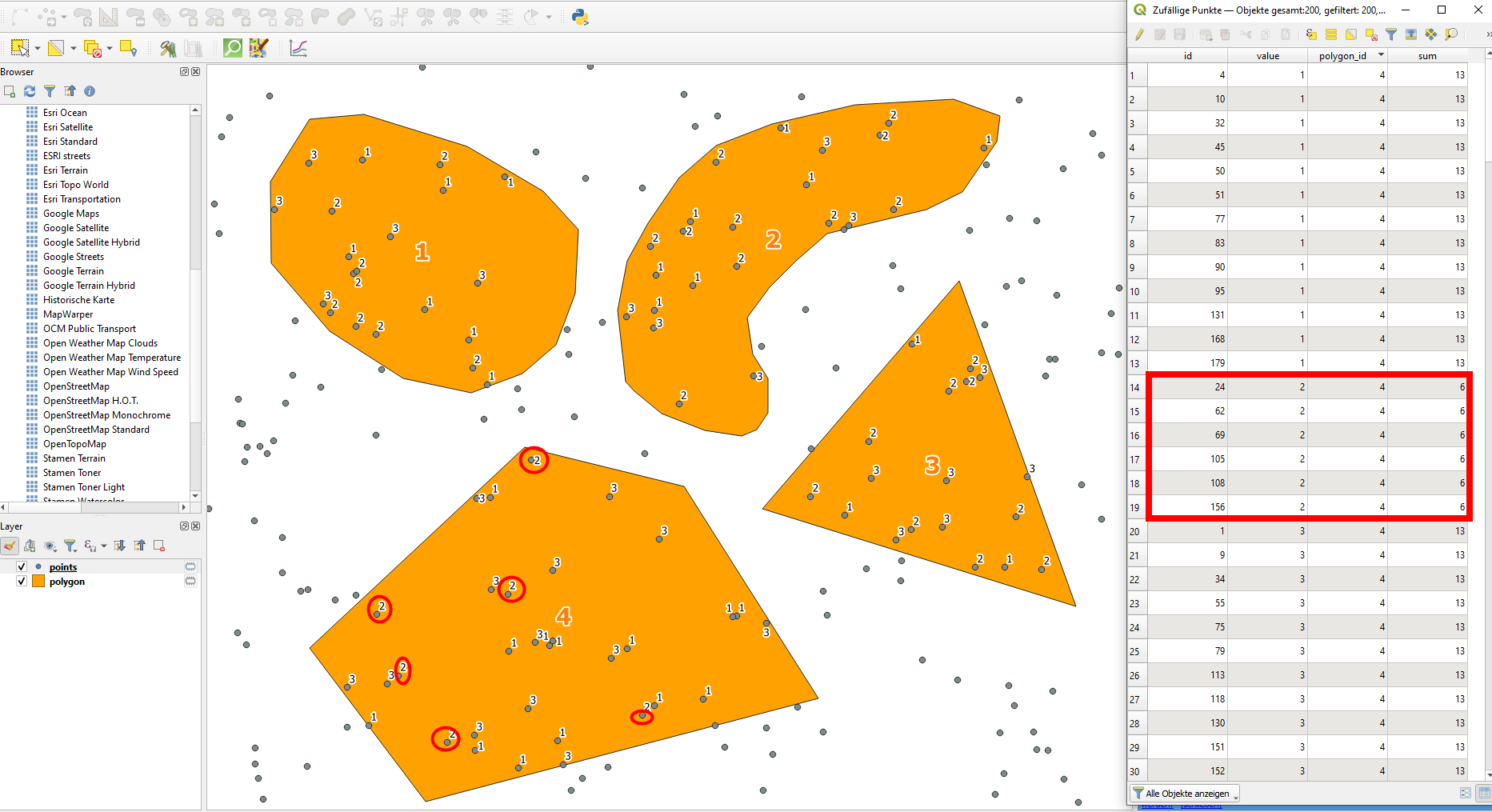 Not the answer you're looking for? Browse other questions tagged qgis qgis-3 expression point-in-polygon count or ask your own question.

1
Count subset of points in polygons