I am struggling to succesfully filter out anomalous pixels from a Sentinel-1 image band mask (Pixel based), produced in Python.

I am new to Python.

By anomalies, in this situation, I mean individual (or small clumps of) pixels that give off the same backscatter value as water features, but are most likely something else.

I'm currently working on a large scale water body mapping project using SAR (Sentinel-1), using the backscatter as the identifier of permanent water bodies. The pre-processing has all been done using SNAP, using batch processing, but my mask has been created using Python (GDAL and Numpy), due to the amount of images I will be doing this for.

The following code has produced reasonable results, but with a fair few "false positives" or "anomalies", and for only one image at a time - Please see below: 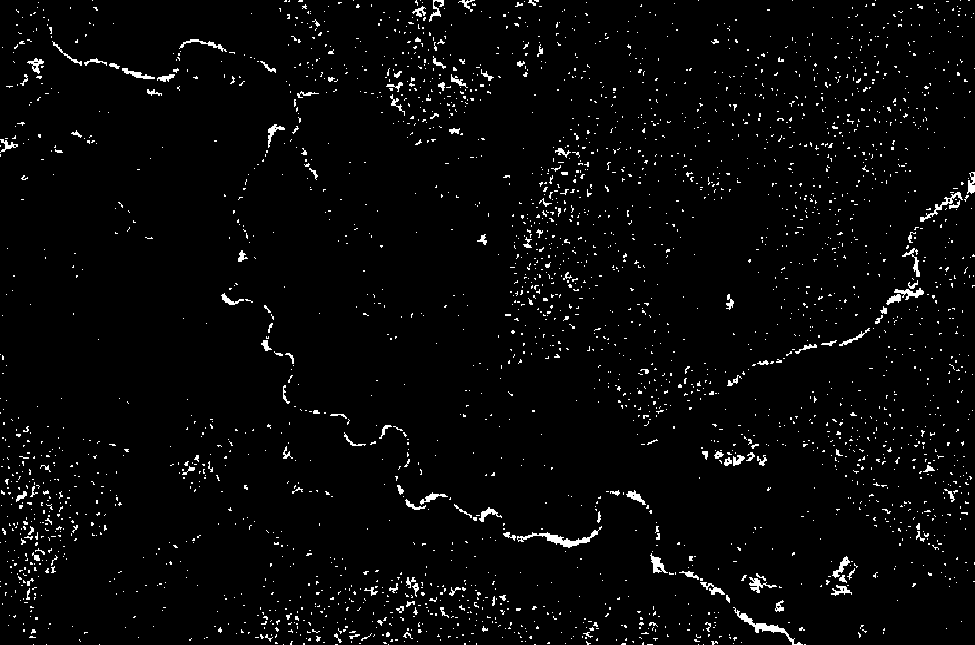 I know water isn't the only surface that gives off a low backscatter, hence the results, but it would be useful if I could filter out pixels and produce a smoother map. For example, in SNAP, I would apply a median 5x5 filter, and this would usually remove the bulk of the "False Positives".

How would I filter out these "False Positive" pixels according to their surrounding pixels, in Python?

Browse other questions tagged python gdal masking or ask your own question.