I do not seem able to create a square buffer around a point feature with v.buffer in GRASS GIS v.7.4.4.

The documentation states that "Using -s with a point vector map as input data, square buffers are created instead of round buffers." However, below is the command I ran, and the resulting buffer. Am I missing something obvious? 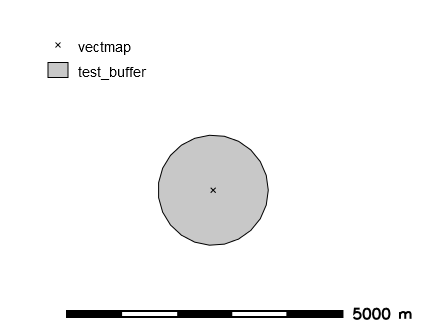 Worked for me. What operating system and which version of GRASS are you using? 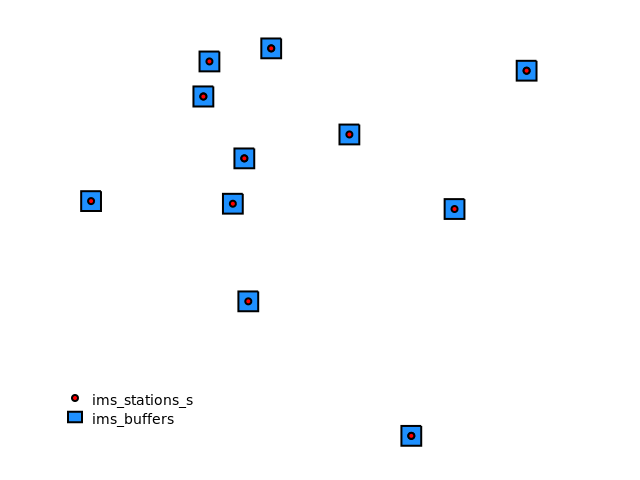 Just to confirm again, it worked for me as well. Might worth double checking which version of GRASS you are using. I tried with GRASS 7.6.1 in Linux mint and Windows 10 with WGS 84 / UTM projection. 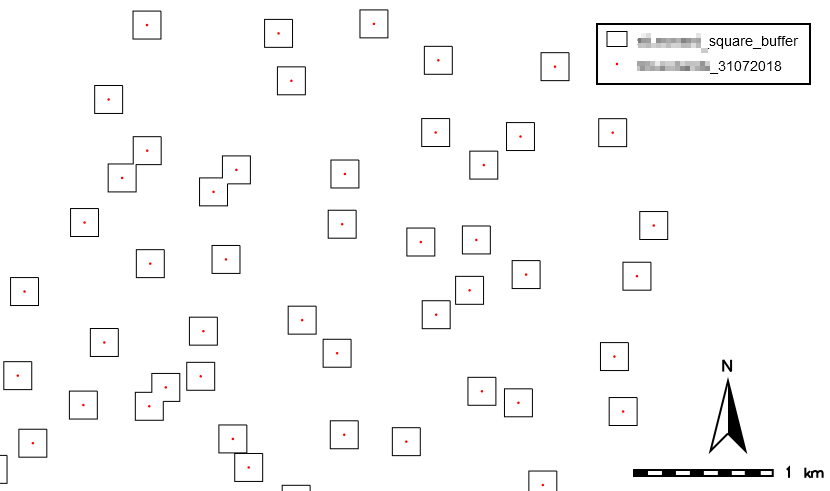 The 'problem' was encountered with GRASS 7.4.4 in Windows 10, but the option of making square buffers around points by use of the -s flag was not included until GRASS 7.6, as per the release notes: https://trac.osgeo.org/grass/wiki/Grass7/NewFeatures76

The manual cited in the original question thus pertained to a newer version of GRASS than the one I was using, and I was indeed missing something obvious. Everything works fine with GRASS 7.6 in Windows 10.

Thanks for checking and pointing me in the right direction.

Not the answer you're looking for? Browse other questions tagged grass buffer or ask your own question.

1
Buffer not providing accurate geodesic buffers in ArcGIS Desktop 10.0?
1
buffering very short line segments with a flat end
1
v.buffer.distance without cap
2
Buffering with rectangular end caps and not dissolving
2
GRASS: Can v.buffer use geodesic distance like r.buffer does?
0
Why does buffer produce same error consistently?