I need to loop through every feature from 'rio_pri' and save all those features from 'drenagem' that intersect 'rio_pri'.

So I wrote the following code to run in Python Terminal.

Then for every feature from 'rio_pri' I get this message at the console.

I guess I should not use the 'r' as an argument of qgis:selectbylocation, but I could not figure out what should I use instead. Any ideas?

If your end goal is to create a separate shapefile for each river and all its tributaries. You could try this approach using a recursive query (@Taras check this out :) )

I am assuming the main rivers layer 'rios_linha_costa' has a column containing the name of the river called "river_name".

This will give you a new layer with two columns: "river_name" and "stream_order".

The line in the query AND stream_order < 15 is necessary to avoid the query infinitely looping by intersecting between adjacent and identical geometries - this could probably be made smarter. The performance was fine on my tiny test data. Feel free to adjust the value of 15 up or down to suit the depth of the stream hierarchy in your data.

You can then use the "Split vector layer" processing algorithm to save a separate file for each basin by specifying a river name as the unique identifier. 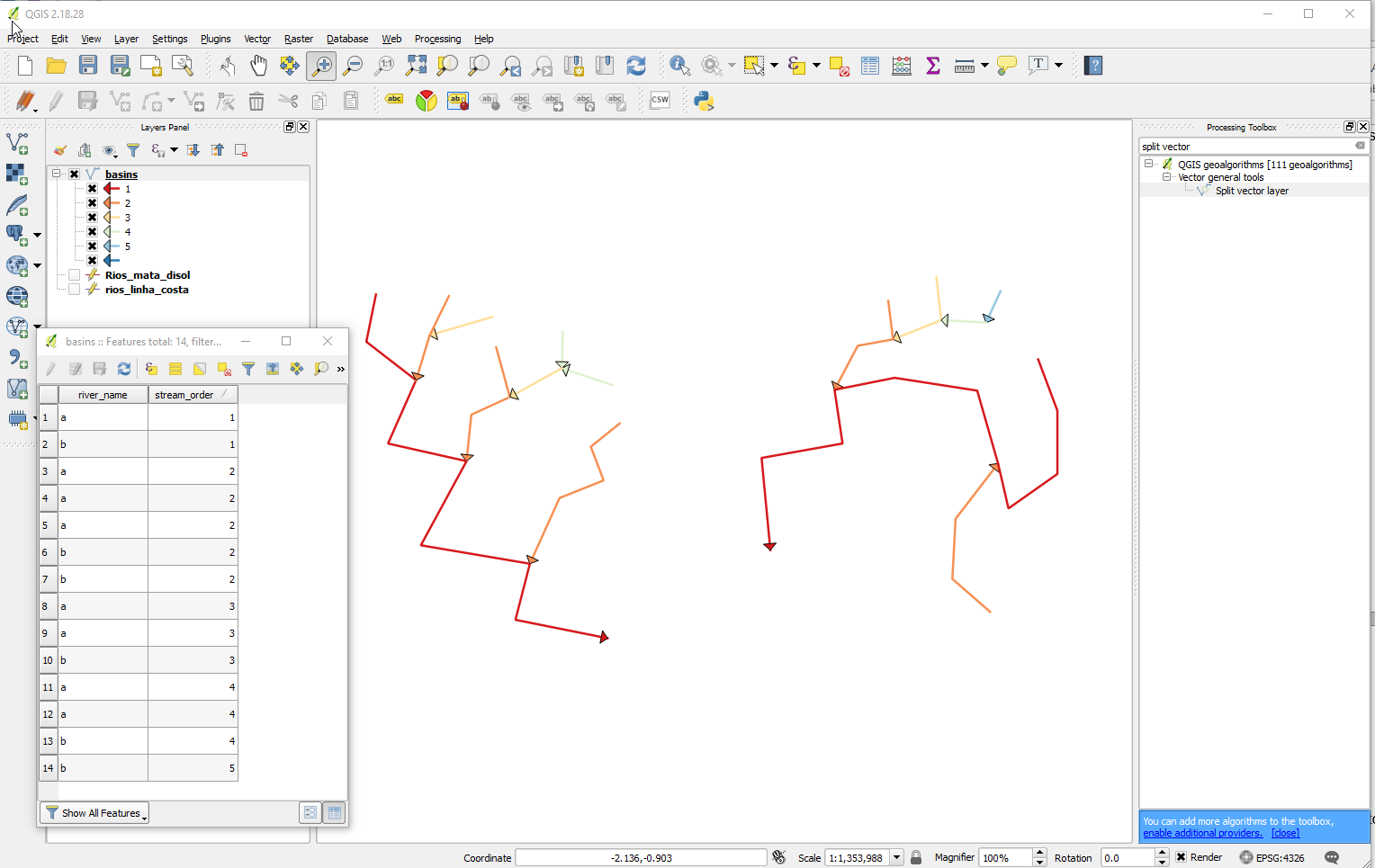 Edit: After reading your subsequent comments above about what you are trying to achieve, I now doubt this actually what you want...

I have written the code below which you should be able to adapt. I have tested this in QGIS 3.4 and have included some commented lines which should allow for adaptation to QGIS 2.18. No guarantees though as I have not used the QGIS 2 API for a while now. If it's possible for you, I would recommend upgrading to at least QGIS 3.4. The script below assumes the 2 layers are loaded in the current project. My output files are in geopackage format, named 'test_file_' appended with the id of the intersecting feature to which they belong- you can change as required. Also, double backslashes in the output file path string works on Windows- I'm not sure about Linux.

Not the answer you're looking for? Browse other questions tagged pyqgis qgis-2 select-by-location for-loop or ask your own question.

9
Performing a Spatial Query in a loop in PyQGIS