How to merge geoseries to geodataframe based on geometry attribute

I have 5868 points in a geodataframe with some columns/attributes. Between points which have distance less than 10 m, I just want to select only one point as representation in that area. I have done using the following code:

If you modify your code to create a list of True/False instead of geometries/None you should be able to use loc and the list as mask:

Access a group of rows and columns by label(s) or a boolean array.

Which will give you all columns of ships but only rows that are True.

(I came across a very fast way of reducing point densitys, see Clustering to Reduce Spatial Data Set Size. The DBSCAN algorithm is being used. I tried is on a point dataset of 484k points reducing them to 103k points in 4 seconds excluding the time it takes to read and write the shapefiles. It might not be reducing them in the way you want though but you should be able to change the method to get the results you want. 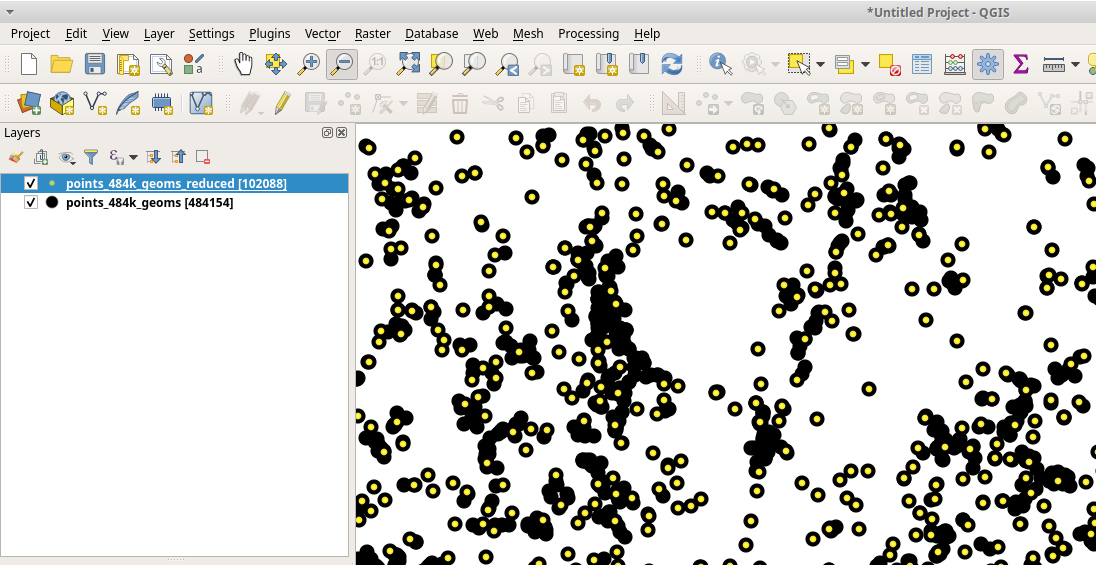 Not the answer you're looking for? Browse other questions tagged python merge geopandas geodataframe or ask your own question.

5
How to merge polygons using GeoDataFrame?
9
Change marker size in plot with GeoPandas
2
CSV to Geodataframe : How to have valid geometry objects?
2
Geometry Data in GeoDataFrame will not plot
1
Buffer with dissolve - Geopandas - unary_union multipolygon
0
Testing intersection between shapely object and geopandas GeoSeries?
2
How aggregate data in a geodataframe by the geometry in a geoseries
2
Why does spatial join on geodataframes return empty result?
2
GeoPandas: Get distance from geom in tableA to a geom in tableB that matches attribute from tableA
2
Matching X and Y axis coordinates of two GeoPandas geometries to overlay them