ArcGIS: Extract portion of a geometric network that exists 30 mi downstream of intersection with another layer

I have flow lines for streams. I've made them into a geometric network. The streams intersect with a rail network. I want to find all of the points of intersection and then get all of the flow lines 30 miles downstream of those points. The idea is to be able to mitigate any hazardous waste spill from the rail. We think 30 miles downstream is a good starting point for planning. How can I create a layer for all of these 30 mi downstream segments? I have included an example of what we're hoping the final product will look like. The rail is the black line and the streams are the blue lines. 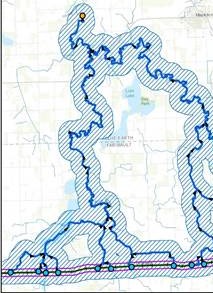 You are wrong with your assumptions.

Picture below shows streams network, where some of the nodes (that I called Railway Intersections) are labelled by their flow distance to outlet. I created 4 "long rivers" starting at these nodes and ending at common outlet. I split four resulting rivers at the same distance of 3700 m from river start, and remove downstream bits. Ends of remaining same length "rivers" shown as red circles. I leave it to you to define pairs of rail intersections/red circles. 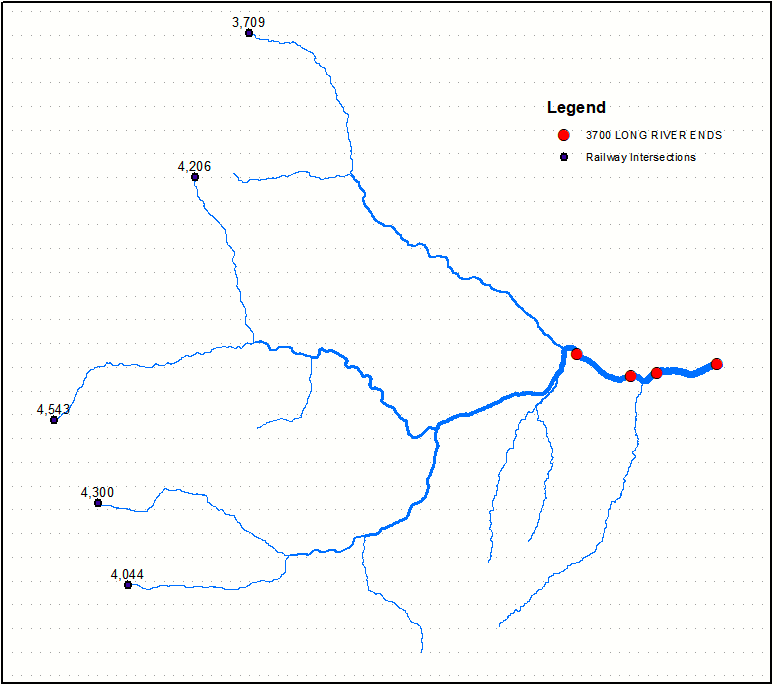 So your question needs re-wording at least. Also I used networkx python model to do the job. I don't think you can handle it using standard set of tools, perhaps invest in coding.

Not the answer you're looking for? Browse other questions tagged arcgis-desktop network-analyst network geometric-network or ask your own question.