I've created a PostGIS database of bus stops and train stations (from the gtfs file of two transit authority -- CITLA is the bus and AMT_Trains is... well, the train).

I've created a 200 meters buffer around each train station and tried to select each bus stop that intersects those buffers : 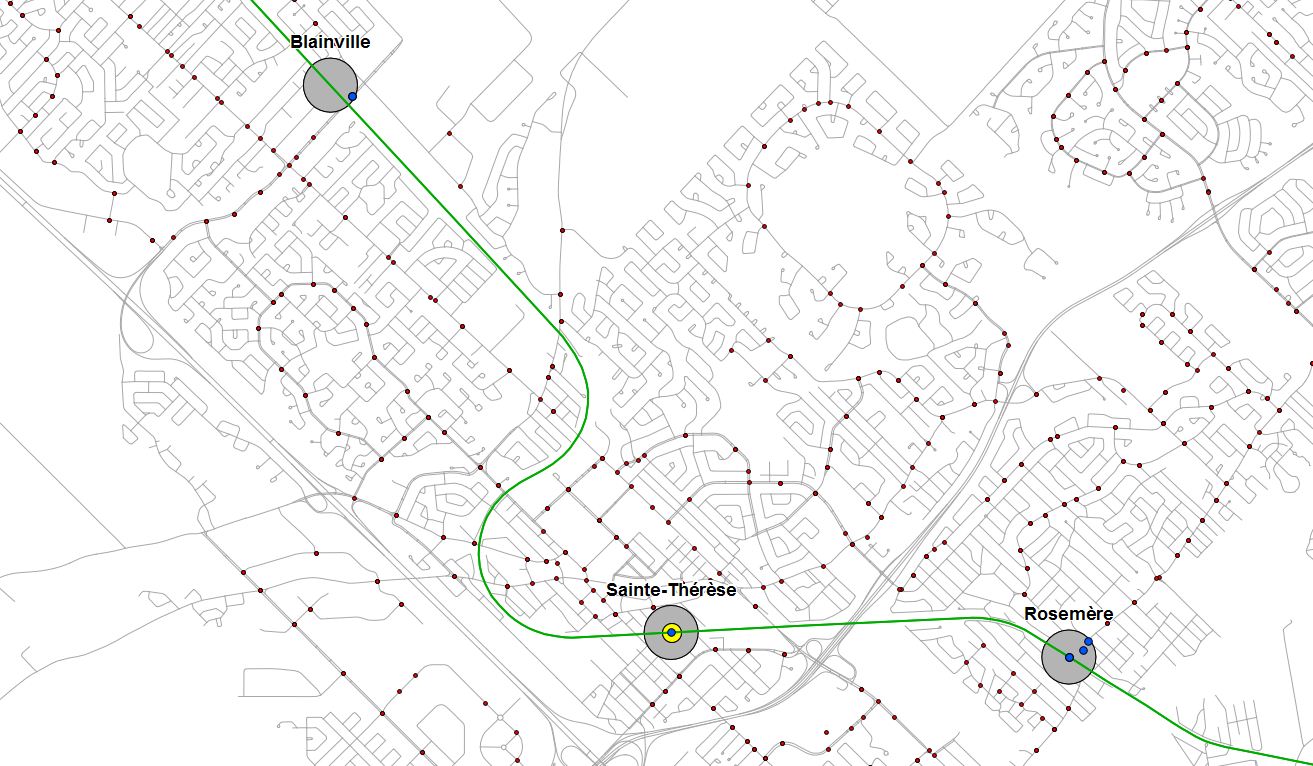 we see that the buffers (the grey circles) are correct (I'm telling you, they are at the right place... I've just removed the train stations symbol for clarity).

The red dots are bus stops. The bigger blue dots are intersecting point (results from a spatial selection in QGIS). The single yellow dot is the PostGIS query result. It's just a sample, but only 6 of the supposed bus stops are selected.

but I have the exact same results.

I'm new to PostGIS and I'm stuck. Any ideas?

Are the geometries in your amt_trains.stops table buffered already? My guess is no. Instead of a buffer, I'd suggest something like ST_DWithin...

I'm assuming that both amt_trains.stops and citla.stops are in the same projection (same SRID) and the projection's units are in meters.

0
mySQL Spatial ST_contains does not include all Results

7
Find nearest POI of given GPS coordinates
4
Postgis Grid Points on Boundary Issue
1
Where can I get public transportation locations for USA
9
Feeder bus service
6
Splitting lines at intersections in PostGIS
0
What command to use in PostGIS to get same result as ArcGIS?
1
Difference between PostGIS ST_Intersects vs '=', QGIS and ArcGIS 'select by location'
2
Routing on rail network with interim points (pgrouting)