Iterating Loops in ModelBuilder of ArcMap 10.6.1?

I am trying to iterate through rows of a table, amass a list of distance values and then use those values as the Distance parameter in the Multiple Ring Buffer tool.

All of this works great, except 1 important detail: IT WON'T STOP LOOPING.

It goes through the tools fine. Generates the buffer output. Then starts looping again. I did each step by manually and it doesn't cause a problem. It is just that Iterate Row Selection will start the model over.

I looked into the properties of Iterate Feature Selection and model itself. The only thing I could find about controlling the interations was the tab below, but it is all grayed out. 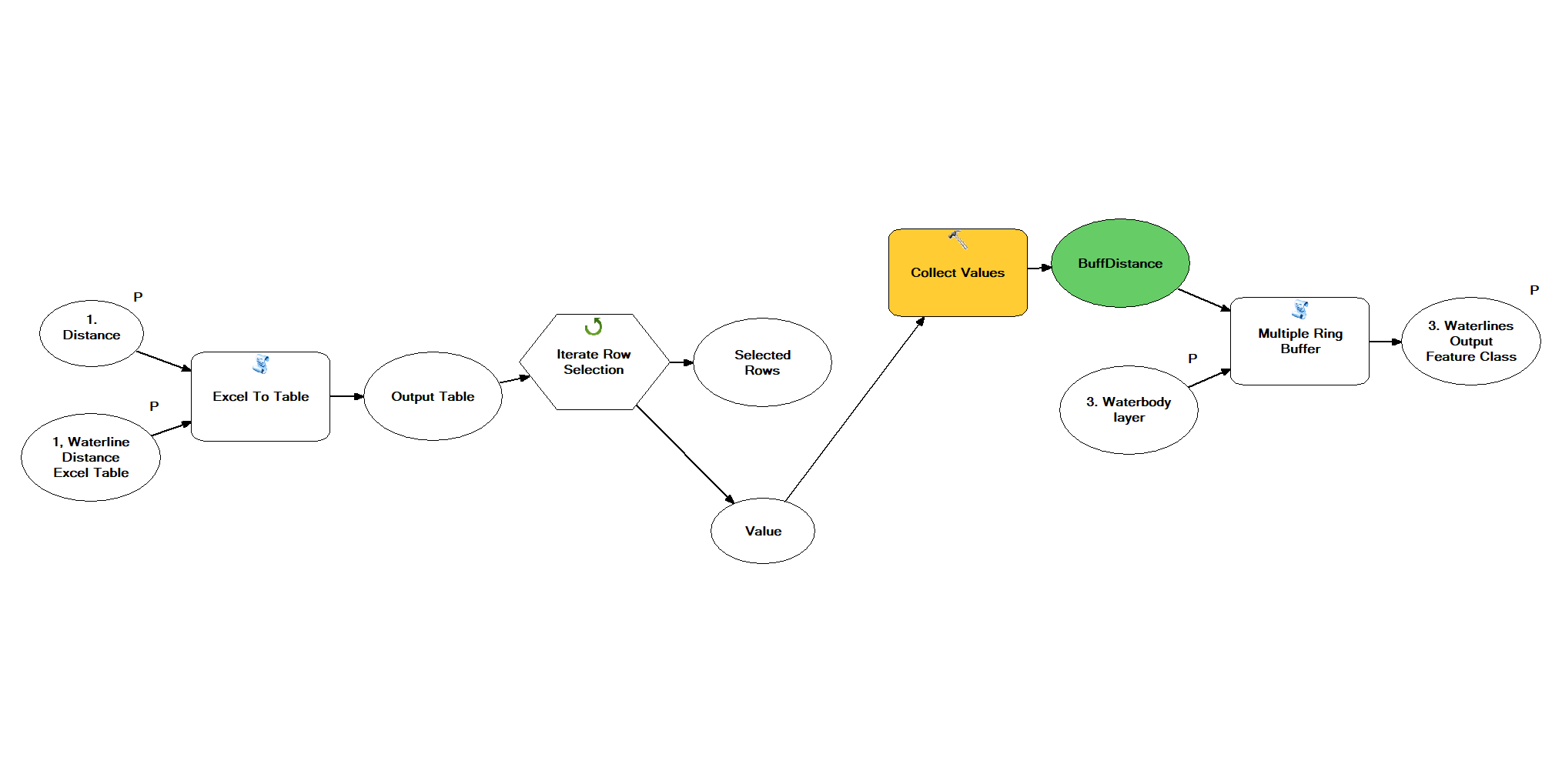 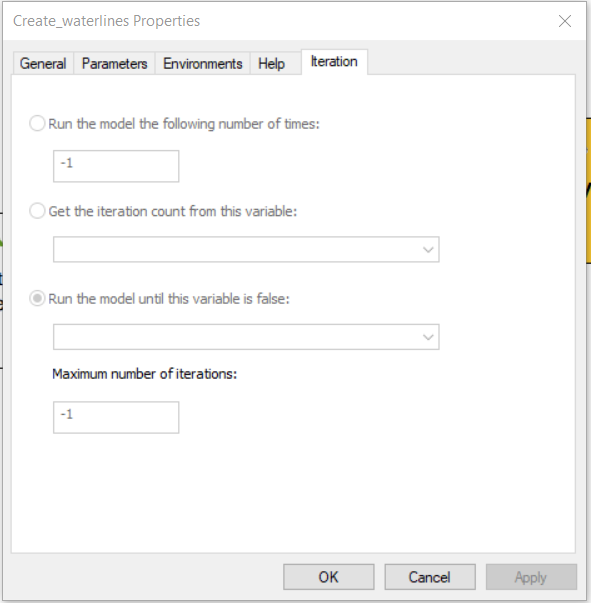 As @Hornbydd mentioned in the a comment to my original post, submodels are the way to go. Once I understood exactly how to nest submodel, it worked like a charm. I am not sure how I didn't learn this before...

Anyway, a step by step workaround on how to fix this with submodels can be found here: https://www.youtube.com/watch?v=gpKXve4NxqU

This is not my video, but was very informative on how to nest submodels.

Not the answer you're looking for? Browse other questions tagged arcgis-desktop arcmap modelbuilder or ask your own question.