How to get only Intersected polygon in Open Layers 3 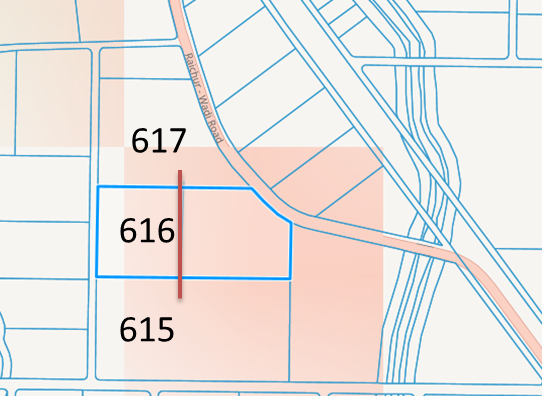 There are two problems with your approach. First problem is that you are checking line intersection with extent of the feature, which is smalest rectangle encompassing the whole feature. That's why you are getting roads also.

The second problem is that line crosses also neigboring features, that's why you are getting polygons 615 and 617. This would be solvable if intersectsExtent method would give number of points where line intersects polygon, but it return only true/false.

Library Turf.js can help here. Method turf.lineIntersect gives you geometry which is intersection of line and geometry. There is no extent involved here and from resulting geometry you can count interesecing points. If count is dividable by 2, line croses polygon.

Not the answer you're looking for? Browse other questions tagged openlayers intersection splitting or ask your own question.

20
How to Split Features in QGIS?
1
Splitting polgons in QGIS produces topology errors
3
OpenLayers 3, hover (select interaction with pointMove condition) on overlapping features
1
Where is the drawn feature when the drawend is triggered in OL3
1
Creating line from point based on intersecting line at 90 degrees to line in ArcMap?
0
OpenLayers Interaction - events are returning wrong features
0
Dividing polygon and assigning values ​proportionally (population) using QGIS?
1
Split polygon with selected line from another layer in QGIS