I want to improve/adjust/comprehend the formula (see below) that was used in my previous question: Transferring flows (connections + values) between polygons for calculating flow values of mobile data respecting the spatial/geographic gist.

- absolute value that is conveying 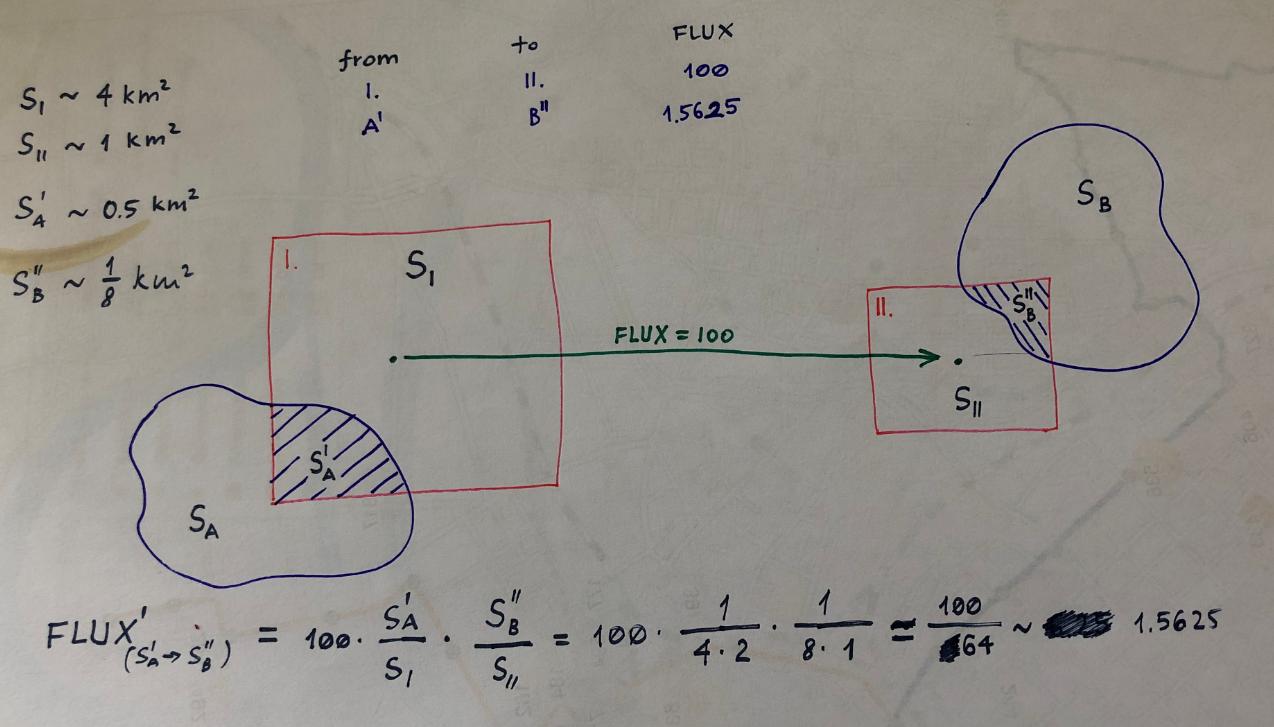 My question which factors can alternatively be used, besides the $area, in the formula for achieving better results in calculating the new flow value between feature 'A' inside a cell 'I' & feature 'B' inside a cell 'II'?

Aim: To compare new values from another source with values that are already known.

Besides the $area, I also own

From the above factors, I tried using the ratio of the area without forest, the number of inhabitants, and the number of addresses. I have access to QGIS 2/3, Python, R.

I previously tried asking it as Transferring values between polygons based on point criteria in QGIS? , however, at this moment I suspect that it was too broad and I did not show enough of my own contribution.

I think for translating information between a grid and units without other data, the main supposition is the data is evenly spatially distributed and you just have to apply the New Flux formula of your post, and sum all grids values that intersect units.

After, if data in grid is related to people houses (for example) and you have in possession houses location, you can see houses distribution into a specific grid cell and if this cell is cut by a unit, you can affect a proportion to the final flow calculation.

It will reflect more the reality IMHO.

Not the answer you're looking for? Browse other questions tagged spatial-statistics flow formula or ask your own question.