Have a geo-referenced map and a delimited text file with coordinates of points to plot over top of the map.

Issue is that the points are displaying far down and left of the map. Clicking on them shows the lat and long are correct, but the derived coordinates are not.

Attempted to change the CRS for both the map and points, though did not find a combination that worked. Currently leave both on the same CRS of EPSG:3400 which seems to be reasonable.

Also approached the issue by changing settings during importing the delimited text layer, did not find anything wrong with it.

Adding more points with different coordinates resulted in the same issue, the coordinates being in close vicinity, far down and left of the map.

The map is accurate, and while hovering over the city of Calgary the coordinates displayed on the screen are reasonable and where the points should be.

Hoping to hear what could be causing this issue of the points mapping to the wrong locations, and a solution that they appear where expected. 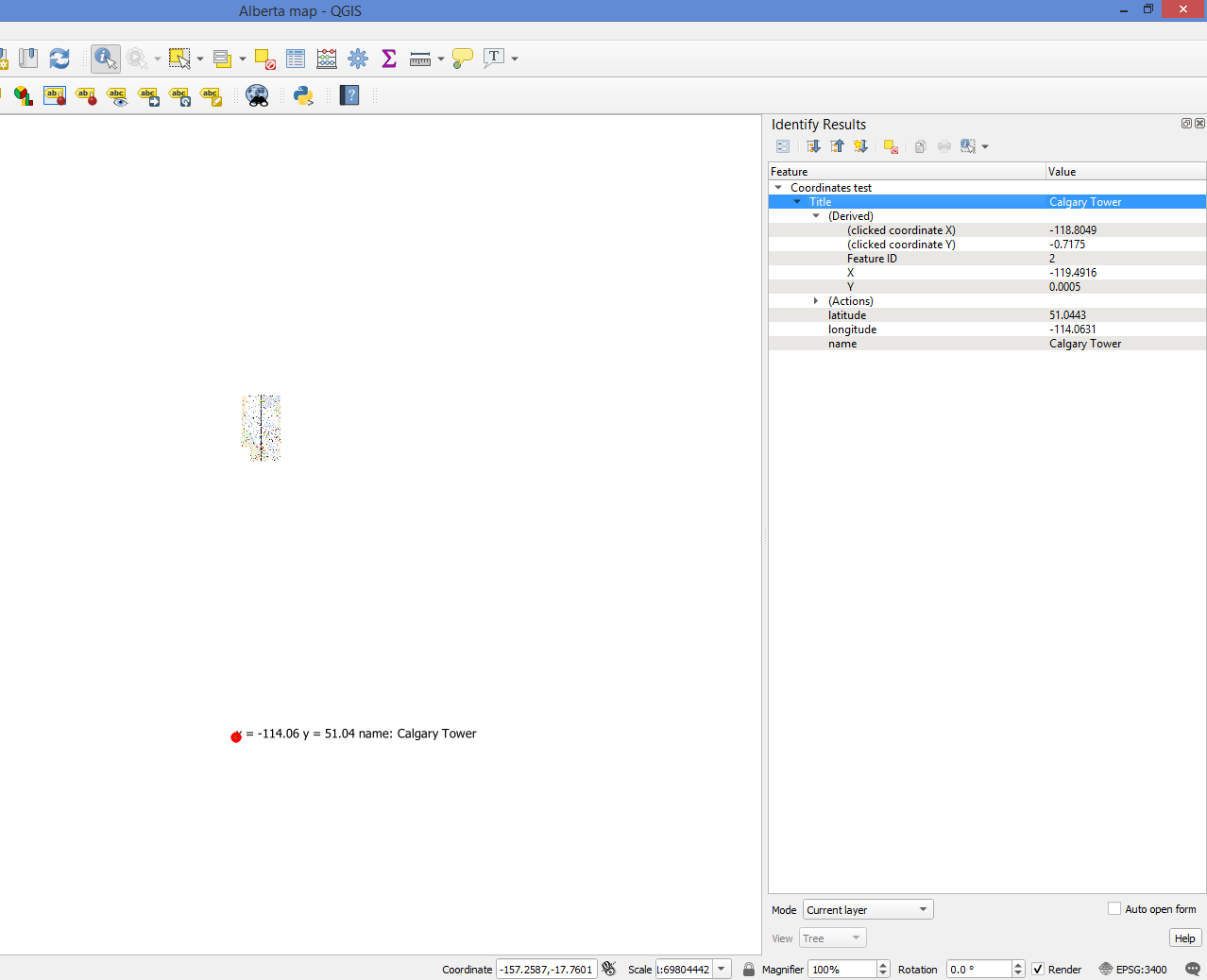 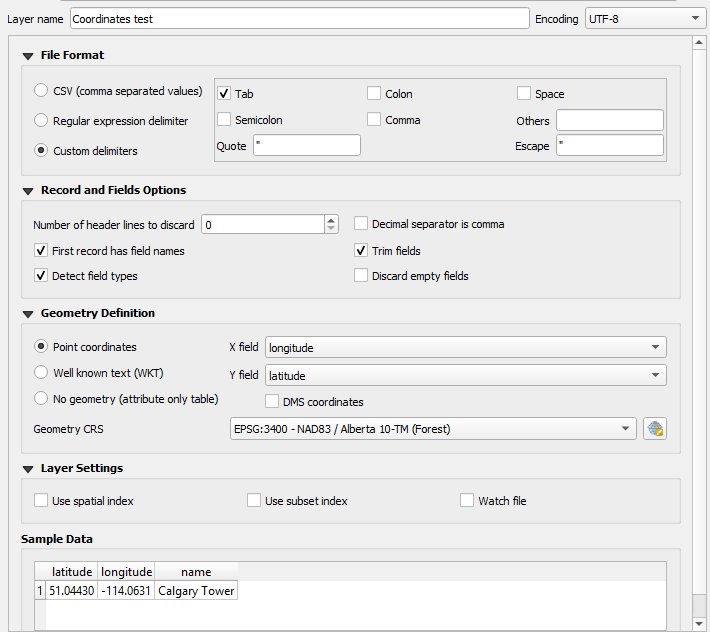 Now plot the converted coordinates on a map

QGIS should put the point into correct place is you define the SRS of the raster map into EPSG:3400 and the CSV layer into EPSG:4326.