Based on some research, I have found that creating a parcel fabric and using the parcel division tool will get me what I need. However, not only is my polygon irregularly shaped, but it also contains several donuts within the polygon. These areas represent islands and I don't want them included in the 30 equal area polygons.

I have tried to create this in two different ways and have yet to get it working. First, I created a parcel fabric excluding the donuts (there were no donut polygons - just holes of no data). When using the parcel division tool, I received the following error "A generated split line did not intersect with the source parcel" and the division was not completed. I assume this was because the split lines intersected the no data holes in the parcel.

I then created a parcel fabric including the donuts, each as individual parcels in the parcel fabric. I no longer am receiving the error, but the result I'm getting is just the large donut on its own and no division occurred.

To help visualize, below in purple are the donuts I want to exclude in the parcel division and the green is the area I want to divide. 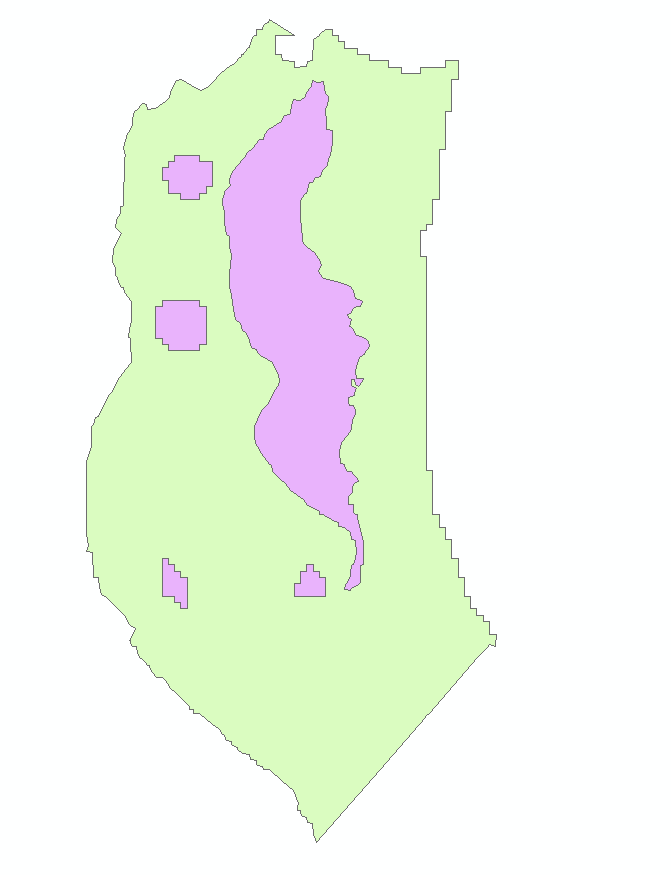 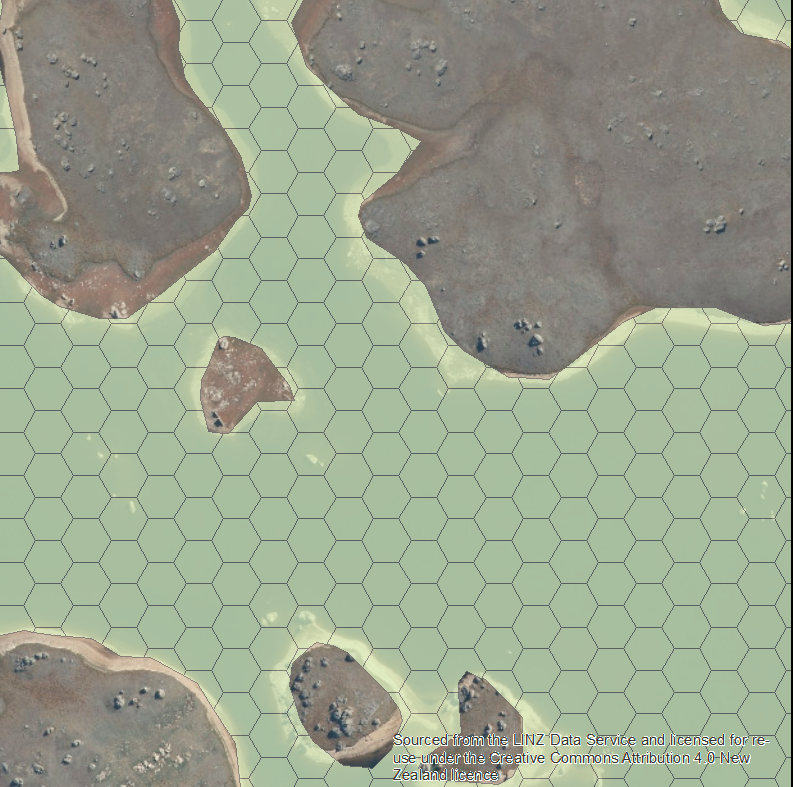 Use method and script from this post to group these bits into "equal" area clusters: 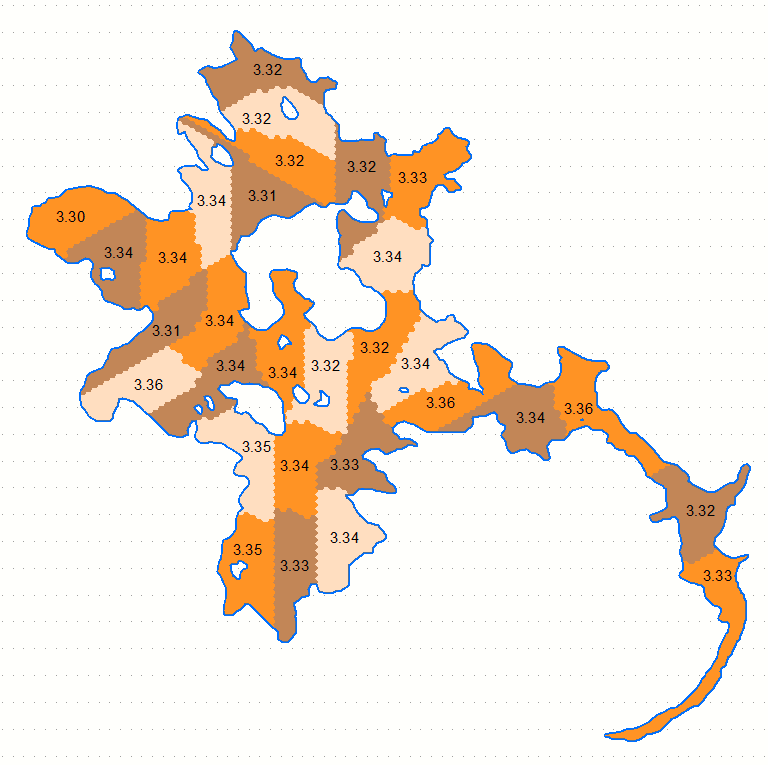 Groups are labelled as %age of original lake area, which ideally should be 3.33% for all 30 clusters shown.

Note: script might hit memory limits with large number of cells. Results shown are based on 3532 bits and clustering took 14 minutes on my rather solid machine.

Due to issues with the parcel fabric, I went a different route with trying to create irregular equal area polygons for my sampling plan. I found a work around that involves significantly less work and accomplished the goal.

There is a tool in ArcGIS Pro 2.3 called Subdivide Polygon. This tool allows you to subdivide by strips or stacked blocks. For my purposes, stacked blocks is exactly what I need. 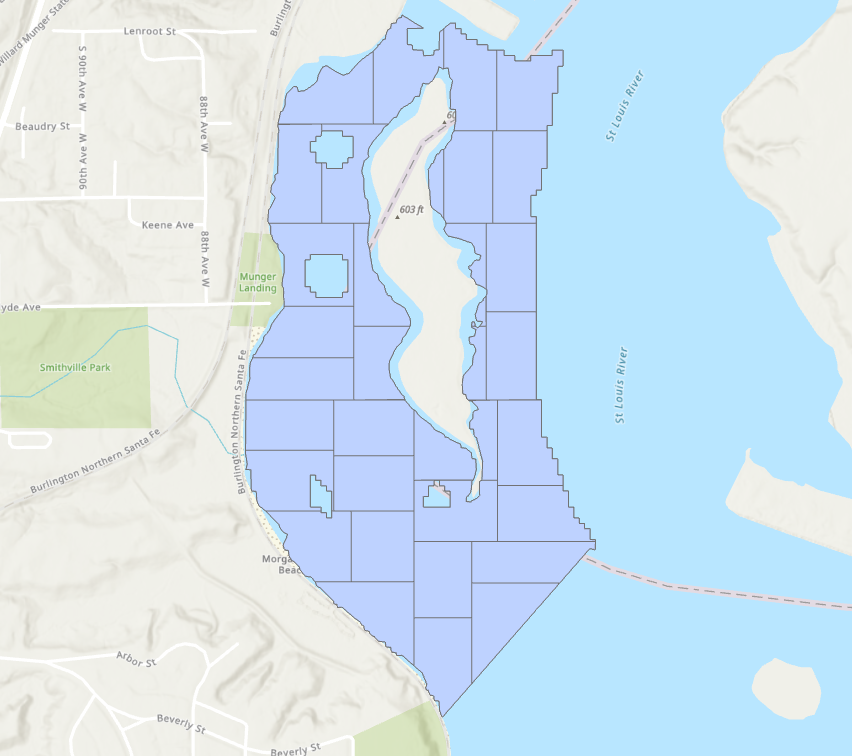 The only downside is that this tool creates multipart polygons, as you can see some polygons are split across the island and doesn't make much sense for a sampling plan. But this can be accounted for by splitting this site down the middle and using the subdivide polygon tool twice, once for the west side and once for the east side. 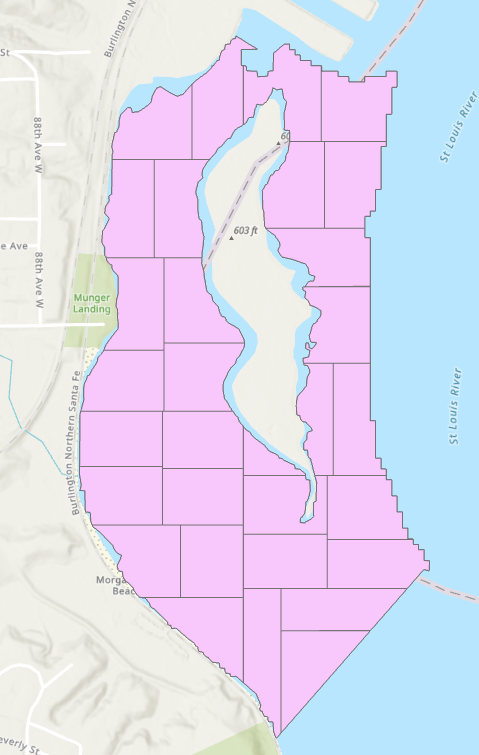 Not the answer you're looking for? Browse other questions tagged arcgis-desktop arcgis-pro parcel donut-polygons parcel-fabric or ask your own question.

5
How to identify feature vertices that are part of a donut hole in ArcGIS 10?
1
How to select island (donut hole) polygons witin the same polygon layer?
0
Parcel Editor Functions Disabled
1
Dividing an irregular polygon into sub-regions
4
Problems updating geometry of multipart and donut polygons with Arcpy
2
Breaking donut polygons into single polygons without an interior ring whilst maintaining the polygons shape?