I'm splitting a polygon into various features for small-scale land cover delineation. One area I need to delineate into its own feature shares no boundaries with other features, it is an irregular polygon contained entirely within another feature of the shapefile I'm working on.

Because the feature shares no boundary with other features, the Split Features Tool I've been using doesn't seem to work. If I use the Add Circular String tool, it delineates the feature of interest fine but it does not also subtract from the area of the feature it's contained within. How can I get the same functionality of the Split Features tool but for an isolated area? See screenshot below, feature of interest has red X over it. 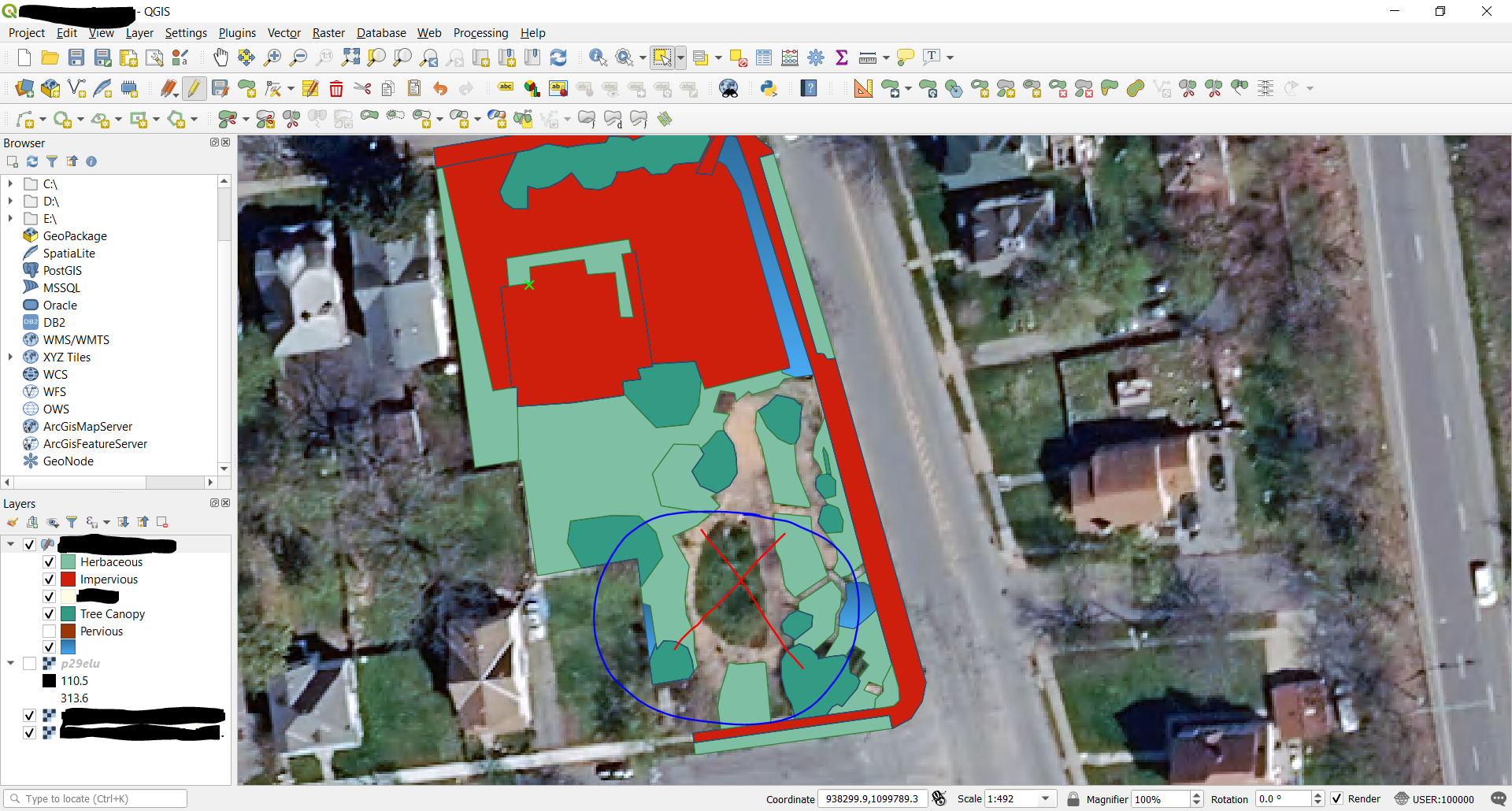 I believe you are looking to fill the gap from all the layers with a new feature. Enable the 'Digitizing Tools' plugin that add a toolbar with some helper tools. The tool 'Fill gaps with a new feature' tool automagically creates a feature that fills the gap. See example of this feature in action

You can also digitize a feature with the option 'Avoid Intersections' which will subtract any existing features from the area you digitized. See the example

Not the answer you're looking for? Browse other questions tagged qgis-3 digitizing or ask your own question.

3
Can't Find the Split selected features with selected line from another layer tool
2
Creating multiple polygons with the same parameters (width,height)
0
Dividing polygon and assigning values ​proportionally (population) using QGIS?
2
Placing Label in QGIS with EasyCustomLabeling?
0
Faster alternative to `Intersection` in QGIS to just retain overlapping features without cutting
10
Is there a “Merge Parts” tool in QGIS?
14
How to split polygon into equal area polygons in QGIS 3?
2
QGIS 3 Atlas: text box expression for automatically displaying names of all visible features?