Calculating distance between multiple lines of points in QGIS?

I'm looking to calculate a distance from a sensor reading to that of the nearest sensor reading on a different sensor line, all held within the same points file. Ideally using QGIS.

The image below is an attempt to picture the problem: the red dots are our points. Black lines are to show the points are associated with that line. The grey distances are what we want to associate with the points.

I have looked at nearest neighbour and hub distances but struggling to work out a workflow. 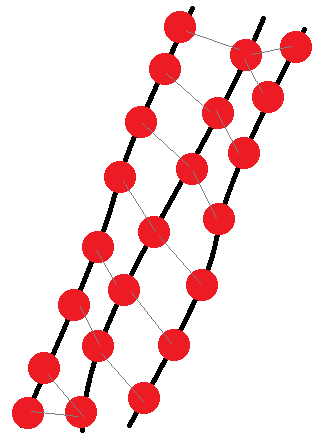 With a Virtual Layer (with a PostGIS table it's far away more simple):

Note that a line 1 or 3 sensors can be the nearest sensor for many middle line 2 sensors.

I tried to do it using the Graphical modeler and QGIS algorithms only. It works well except for the attributes join. I can't figure out why it fails to join because when I create joins in the layer property, it works fine. Note my points are a regular 5m grid, but it would work with irregularly spaced points too as long as they are roughly in a grid pattern. Here's what the model, test points, and resulting table look like (point IDs labeled): 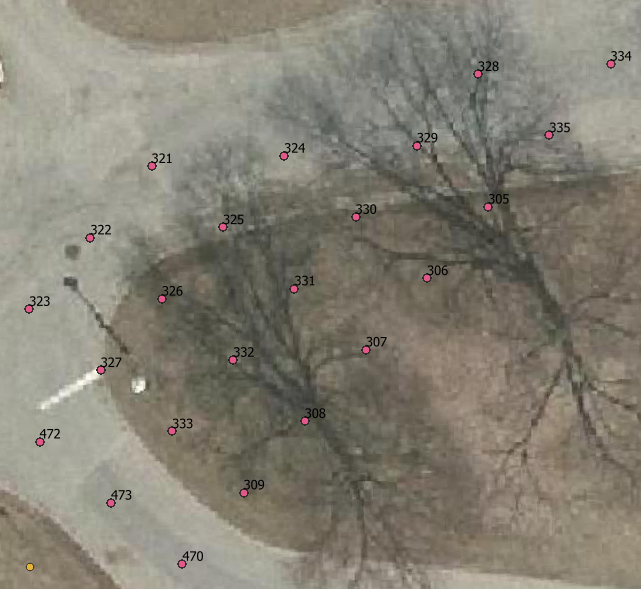 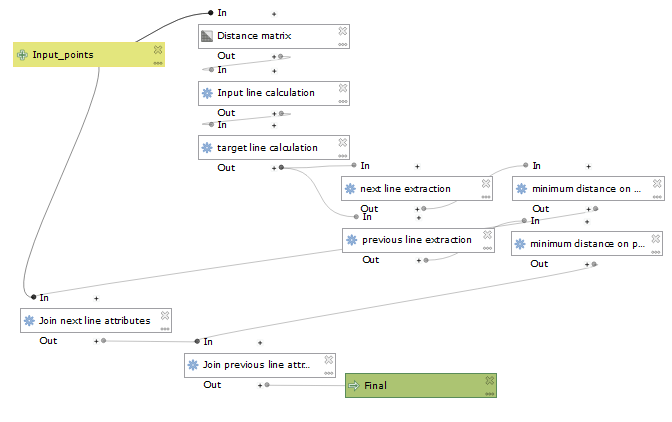 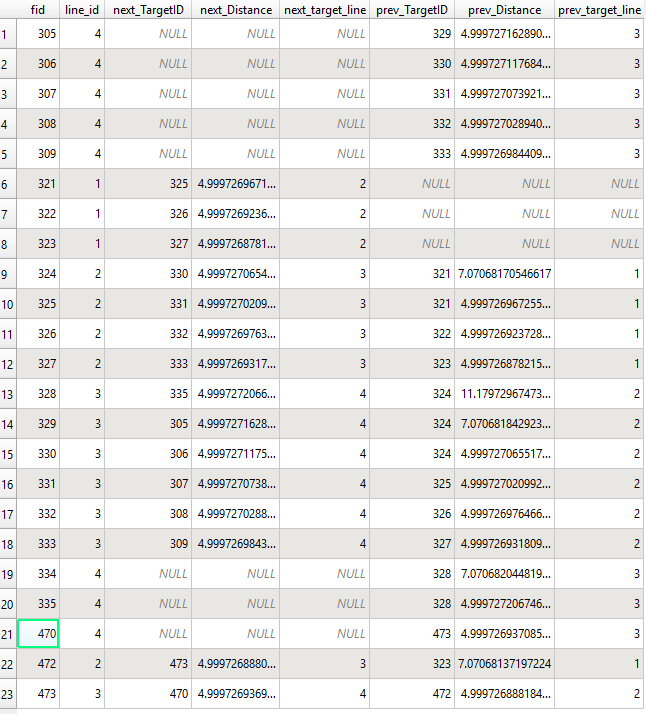 Here's the settings for each algorithm in order:

You need two calculators, adding two fields which contain the line IDs for inputs and targets in the distance matrix

Here, the idea was to isolate targets in the distance matrix that were on the previous and next lines. To keep expressions simpler, I did it separately.

This step is where the closest point on the previous and next lines are isolated. The expression is the same for both instances.

From this point, all the attributes are written somewhere so it's just a matter of joining them back to the original layer. I tried doing it within the model and export a Final layer, but it wouldn't work, neither directly from the Processing toolbox. The table screenshotted above is after a join in the layer properties from the outputs of last two Extract by expression.

Not the answer you're looking for? Browse other questions tagged qgis qgis-3 distance nearest-neighbor or ask your own question.