I know this may sound like a silly question, and it is, but I've read lots of questions and tutorials, watched a few videos and still can't properly understand what I should do...

How can I get the shapefiles to align correctly?

When loading both shapefiles, the neighbourhoods CRS is correctly interpreted by QGIS (I should mention that I'm using QGIS 3.2), which sets it as 31983. The administrative regions are not, and QGIS generates a CRS.

From my understanding the next step should be to reproject this layer onto its right CRS, 29193 (or 29183, I don't know, but either way it doesn't come up right). When I do this the shapefiles are almost aligned, but they're not. They are some 15 meters misaligned.

Thinking that I might have understood something wrong, I tried another approach. I changed the administrative region's CRS via "set layer CRS" in the properties to 29123, and after that reprojected it to 31983. Again, with no success.

I've tried basically all combinations with reprojecting the layer and changing the CRS, but none worked. The first approach is the one I thought would be correct, but I ended up getting frustrated and trying several others. 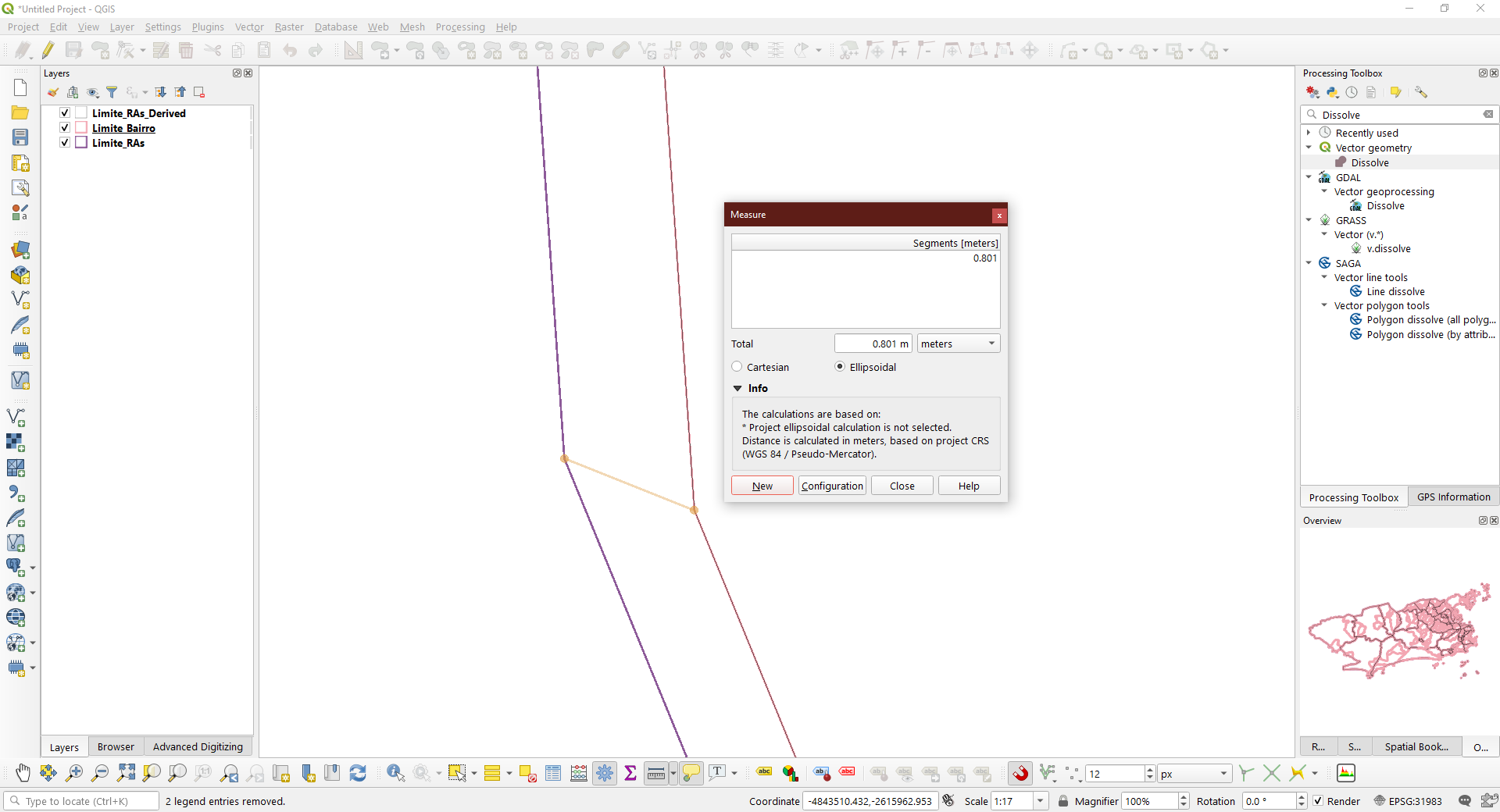 Using QGIS 3.10.x, I was able to define/reproject the RAs layer closer to the boundaries of your Bairro data. I've included cleaned/projected copies of both the Bairro and RAs data in a geopackage below.

Additionally, to further reduce the roughly 1m error introduced above, I derived a RA dataset from the Bairro geometries to ensure it would be 100% aligned/equivalent, and performed a table join against the original RAs data to ensure attributes were preserved. This is also included in the data.

5
On the fly reprojection in QGIS?
2
How georeference a DXF file in QGIS 2.14?
6
$area calculation incorrect for equal area projections in QGIS
1
CRS and Projections
2
Shapefiles not aligning in QGIS?
2
Issues with displaying layer with the right extent and units