I am having issues with the "SetNull" function within the Raster Calculator in ArcMap. I have a landsat 8 image that I separated the bands into their own raster (only working with 6 of them), bands 2-7. I needed to separate the bands beucase each band has a different "NoData" value. I.e. Band 1 "NoData" = 10, Band 2 "NoData" = 5, so on and so forth. I was able to perform the following on all the bands except for band 2:

Band 2 would run, but the "NoData" pixels would stay at their same value (would not change). The only value that is changing is the stretch value. See images below. The red dot was painted on to show which pixel I am picking.

I've tried a couple different operations with band 2 such as trying to multiple by 0.5. the pixel value will change then, but setting it to Null does not work. 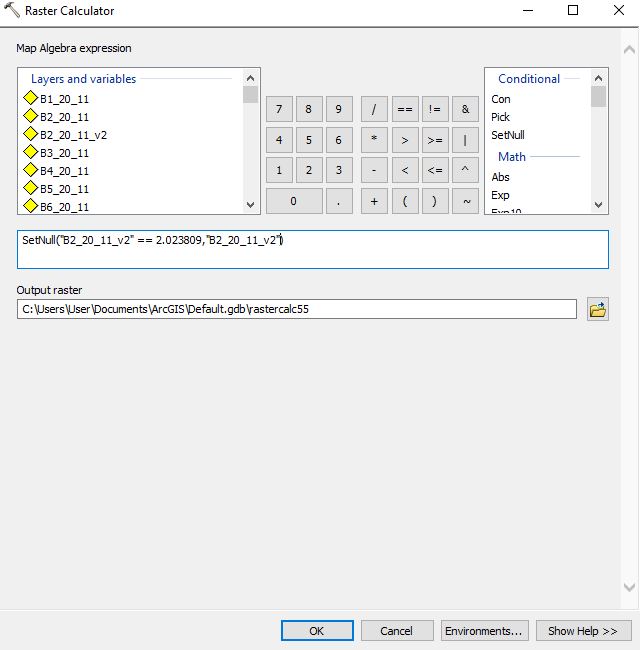 This is probably due to some rounding of the value that is displayed, so your "nodata" value is not precisely equal to your value. There are two workarounds:

make a test with inequalities

or (if applicable) use the NoData from another band

Not the answer you're looking for? Browse other questions tagged arcgis-desktop arcmap raster-calculator landsat-8 setnull or ask your own question.