I have a CSV file with X/Y coordinates that I would like to reproject to have long/lat coordinates. Unfortunatelly, reprojecting or setting CRS does not work.

I have a layer of polygons which is correctly projected (EPSG: 4326), showing coordinates in degrees: 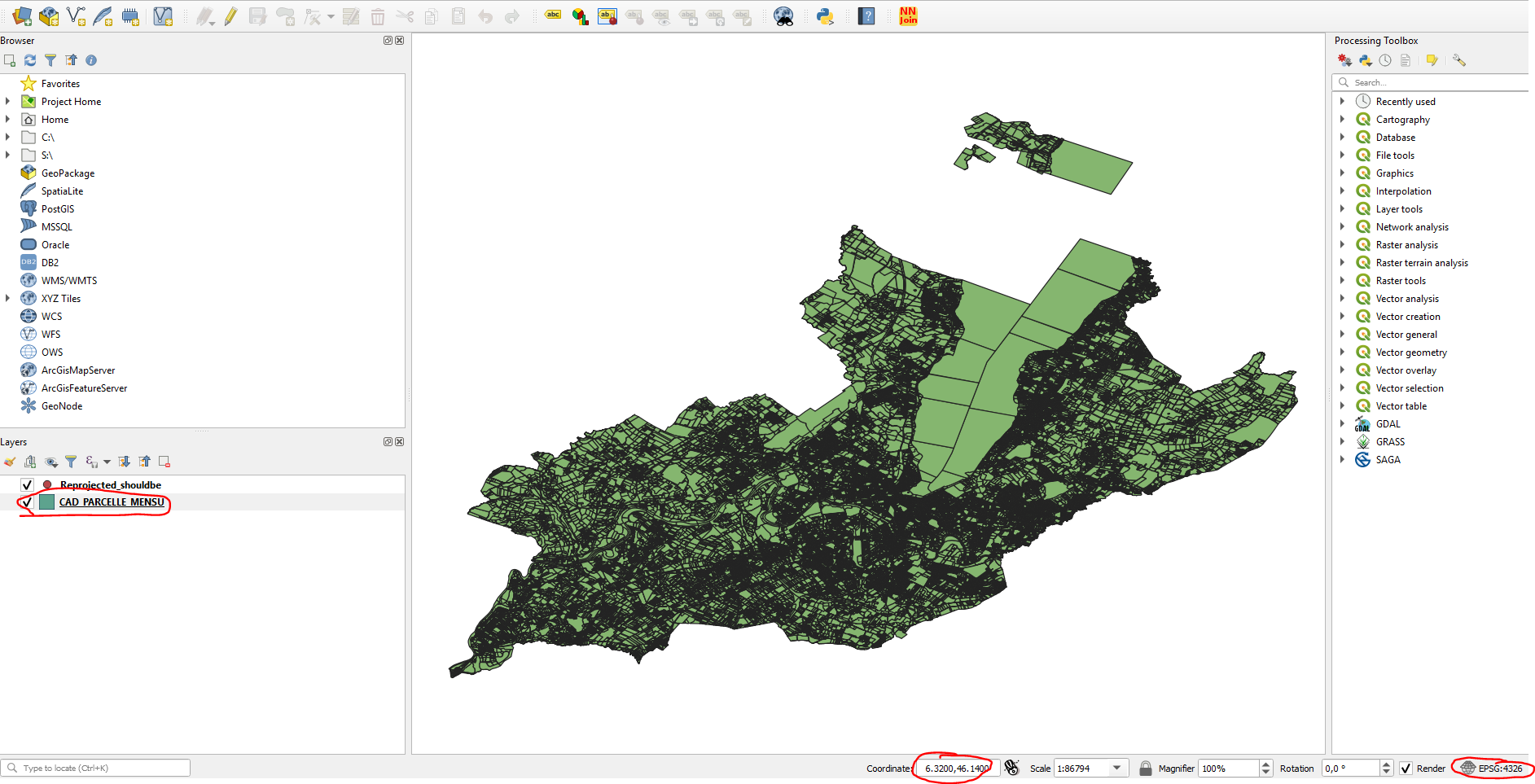 I have another layer of points, which appears in the correct CRS (EPSG: 4326), but the coordinates appear in X/Y.

This points should appear on top of the previous polygon layer:

I have tried to:

Changing the CRS of the layer's properties will not reproject the data (a common misconception). It only changes how the existing coordinates are interprested and presented. You need to save a new version and select a new CRS at that point. Likewise, defining the projection from the toolbox will do a similar thing. It just tells QGIS what the CRS is without changing any actual coordinates (no reprojection).

When you reimport the new data layer it will display in the project's CRS unless you change that (you can right-click the layer and go Set CRS->Project CRS from layer. Otherwise, if you leave the proect CRS as 4326, then the coordinates at the bottom of the map pane will always appear in decimal degrees.

When you import you point layer, make sure you import it in the right CRS (your source CRS is obviously not 4326, maybe WGS84?). After your import, export it again. Now is the time to change the CRS - in the export menu chose in the drop down menu EPSG 4326 and voila, your point layer should now be in the desired CRS.

4
How to reproject from Michigan Georef to WGS84 in QGIS?
5
Openlayers and Geoserver fail to reproject while editing Vector with WFS-T
2
QGIS CRS reprojection creates empty files and misbehaves
1
Convert EPSG:3347 into EPSG:4326; nothing worked
1
QGIS Layers not projecting although Coordinate Reference Systems are the same
3
QGIS export vector as CSV with Decimal Degrees (not Meters)
3
QGIS3 shows coordinate in geographic coordinates though QGIS project and layer are both in projected CRS
1
Defining point location at EPSG 4326 image
2
Convert decimal degrees to meters QGIS