How to visualize data for a specific class in change detection plot in R?

I have created a change detection plot shown in image below for two rasters having 6 classes each using the code below. Now the plot, shows the change for all the classes but i am interested in only visualizing the change for class 4 and 5 i.e. pixels where class 4/5 changed to another class or where another class changed to 4/5.

How can i do this task? 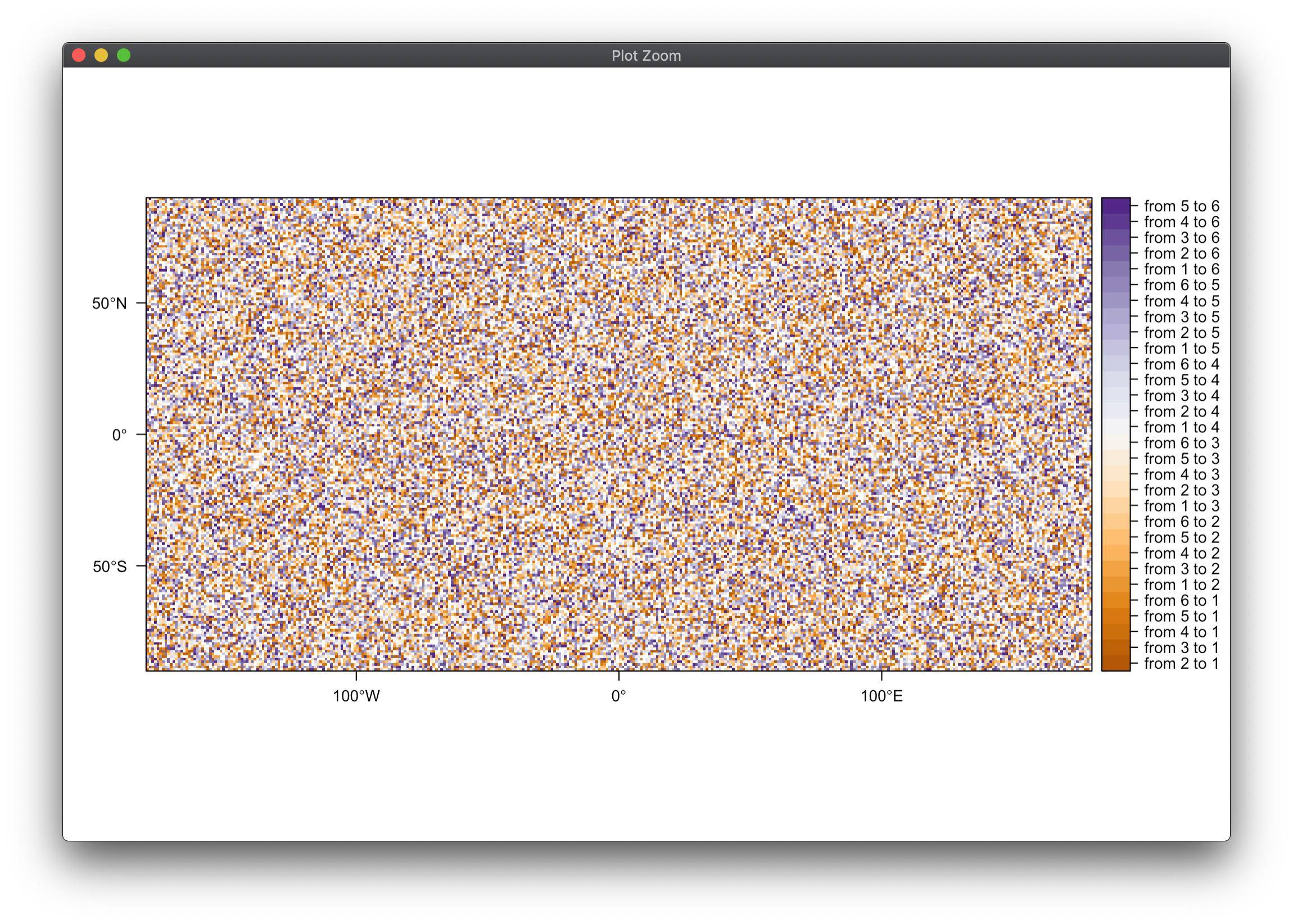 Here is my sample code:

This question continues Converting output of crosstab() in R to raster; from classified raster images to show overall land cover change in different classes?. All the details (plots,comments) might help in understanding this question more.

i was able to accomplish this task by subsetting the data from the data frame which matched my classes. Here is the updates code section:

Not the answer you're looking for? Browse other questions tagged raster r land-cover land-classification or ask your own question.