I have read all the buffer issues topics but haven't found solution to my problem.

I have two layers:

Now, I need to buffer one (central) point from the point layer on the scale of the whole Tokyo to make some calculations. But when I add buffer and set the distance (cca 14 km) buffer actually has the distance of cca 11km. 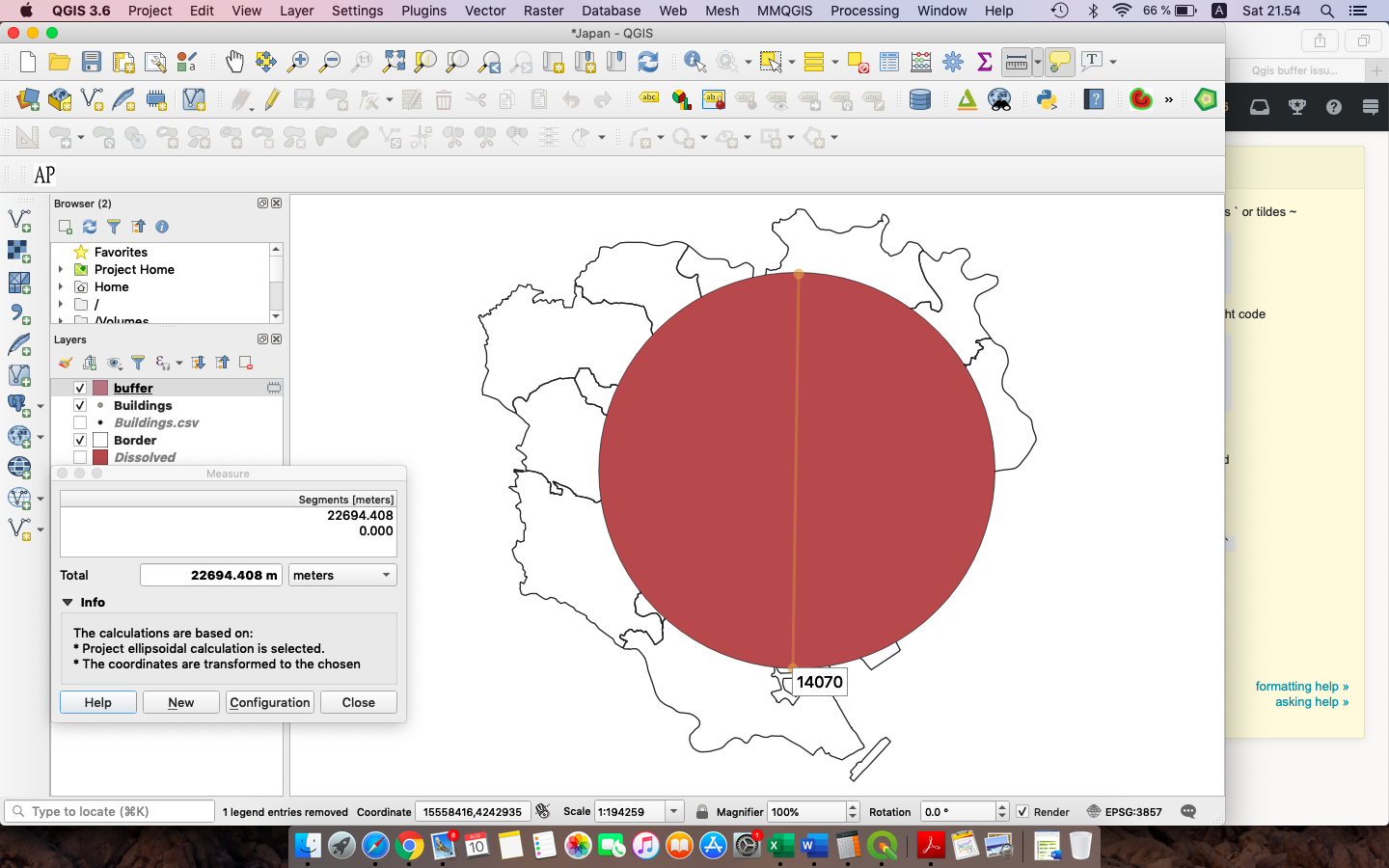 I tried re-saving and opening the point layer, re-doing the layer couple of time. Followed all the instructions on other similar questions. But the same problem occurs. I have done the same on couple of cities more and there was no problem in making the buffer correctly.

As @Vince already stated in comments, Web Mercator is not suitable for this.

Reproject your layers (Save as...) to a local metric one. Regarding epsg.io this could be UTM Zone 54N (EPSG:3095) for example.

Not the answer you're looking for? Browse other questions tagged qgis coordinate-system qgis-3 buffer or ask your own question.