Unioning a set of intersections [closed]

Ask Question
Asked 6 months ago
Active 6 months ago
Viewed 29 times
1
Closed. This question is off-topic. It is not currently accepting answers.

To do this, I find all the precincts that intersect the census block group, and calculate their intersections. I then union all of the precinct intersections together. The end result would, ideally, be the land area of the census block group. However, this is not the case. Rather, the intersections return a GeometryCollection of assorted LineStrings, MultiLineStrings, and Polygons. Attempts to union this collection are unsuccessful (the end goal would be to union it all into a polygon). Here's a rough example: 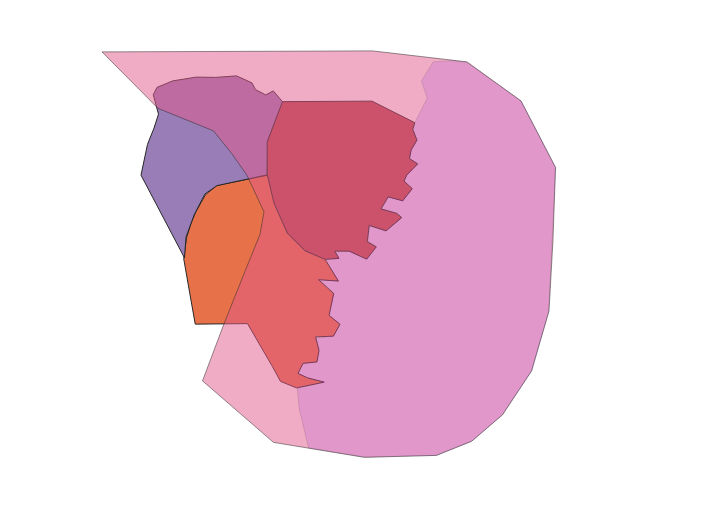 I'm currently using GeoTools, a Java library built on the JTS implementation the OpenGIS standard, but I can use/translate a PostGIS query. I would also be open to any suggestions on better ways to do this (I'm sure there are a few).

I've solved my problem. I had to move away from GeoTools and write a PostGIS query, because GeoTools doesn't appear have the features needed to do this successfully.

md_census_block_groups are the census block groups, md_precincts are the precincts.

Not the answer you're looking for? Browse other questions tagged postgis postgresql intersection geotools jts-topology-suite or ask your own question.