Difficulty with Scaled Visibility for Labels in QGIS 3.4.9

I am having great fun getting to grips with QGIS (fantastic). I have set myself a "project" to try to learn the techniques.

This project refers to 2 Layers (geographic areas for Telephone Exchanges in UK) - I was donated a shapefile. I am now trying to overlay with Cities/Towns/Village names. Pulled from a CSV from Ordnance Survey. The Names/symbols for the Places works fine, also. I need to set Scale Based visibility for the differing place types (Cities/Towns/villages and Hamlets).

My problem is this: When I check the Scale Dependent Visibility, my Labels disappear from view, regardless of any setting I put into Min/Max (I have put the max scale into the min and tried "Set to current canvas") yet once I apply the labels are gone - regardless of how much more I zoom in.

The other thing I notice is that the max Scale 1:1000000 is way lower (too zoomed in) for a normal view - I'm not sure if this is related to the problem above, as the Min/Max boxes only seem to accept scales within the range in the "Scale" Box. I tried adding a larger value in Settings, but this is not possible. I also considered re-setting the Scale of the project, but cannot find a method to achieve this.

Of course, if you are making a map (or many maps) in a print layout at set scales, you need to plan your visibilities accordingly but the scales are set for each map view item in a layout, not per project.

As an example, here's what the scale for a city-level visualization should look like: 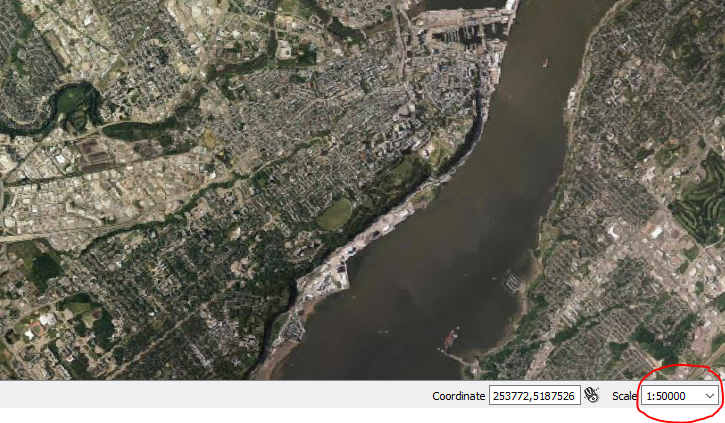 Not the answer you're looking for? Browse other questions tagged qgis scale visibility or ask your own question.