I have two line layers, A and B.

Now I wanted to clip both line layers, to get the line parts of layer A (black) that are not in layer B.
I have tried all the geoprocessing tools in QGIS, but none yielded the result I wanted.
Internet research only covers polygon-polygon or polygon-line clipping, but how do I do line-line?

Important: The single features of the "black" layer are not necessarily the same ones that are red/light blue in layer B, because they have been merged or cut into new pieces, but the geometry remained the same.

On the image below, Layer A (black lines), also covering the traces of Layer B (red and light blue). 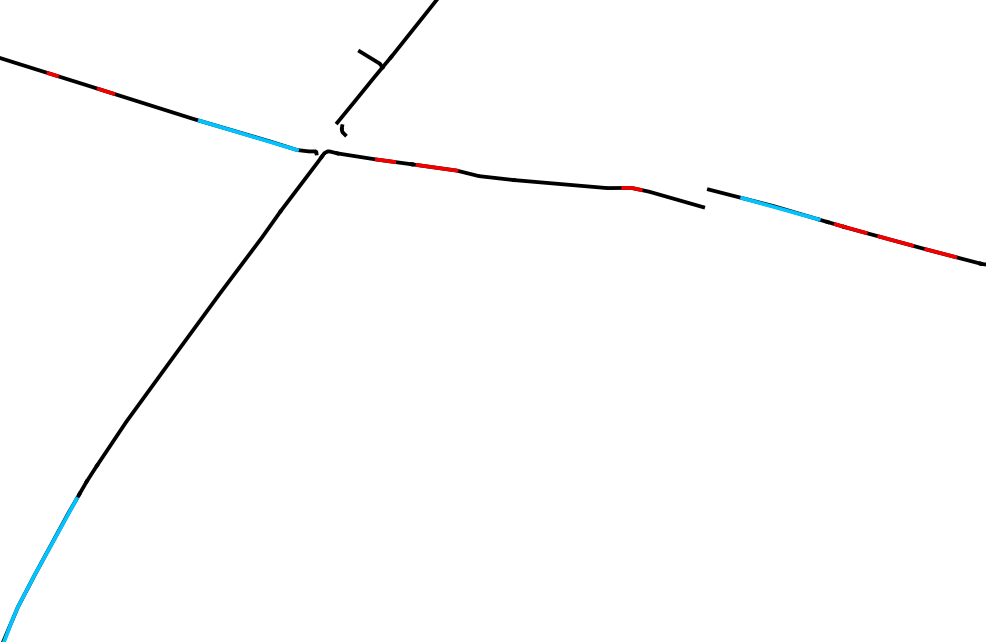 There might be some errors about topology because sometimes lines are not connecting with each other similar to ArcGIS where you may need to manually drag some lines to correct it.

Not the answer you're looking for? Browse other questions tagged qgis line clip or ask your own question.

2
Why does clipping a line layer using a polygon result in an empty shapefile?
2
How to remove line segments from a polygon for borders on a map in QGIS?
2
Split polygon with polygon in different tables / layers
3
Editing two layers topologically in QGIS?
5
Joining the attributes of two nearly congruent streetnetworks (lines) in QGIS
2
Clipping polygon with points
0
Clip multiple line layers with several polygon layers at the same time