Identify layers in an .mxd that are network elements feature types

I need to create new feature classes from all layers in an .mxd, and also create a new .lyr file for each of the newly created feature classes that retains the symbology of the original map layer. The script works for most files, but fails on layers that have network element feature types- Junctions and Edges. 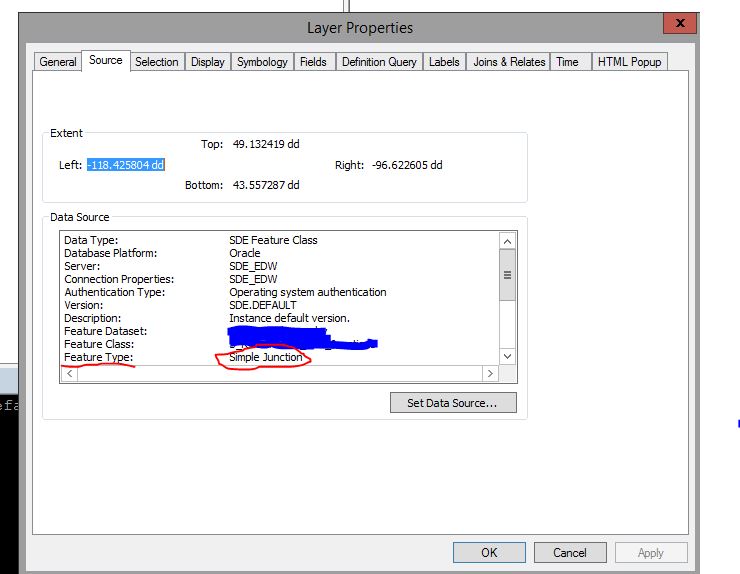 It creates the new feature class on these layer types, but fails on creating the layer file. This is because the original map layer is of feature type: "simple junction" for instance, and the newly created feature class doesn't retain that type. It is now feature type: "simple." When I try to apply symbology I then get the error- 000968: The symbol layer does not match the input layer.

I either need to:

To answer your question about identifying geometric network type layers:

Now layer 'v' will have the same featureType as layer 'lyr'. Note that you may want 'v' to be a duplicate, rather than change the one within your mxd.

Not the answer you're looking for? Browse other questions tagged arcpy arcgis-10.5 feature-class feature-layer geometric-network or ask your own question.

5
How to identify polylines with multiple end/starting points?
2
Applying symbology to a layer with python, How to only have symbology in TOC that the sub layer has
3
Filter edges in a geometric network trace?
2
Performing isolation trace that ignores one valve type before stopping at another valve type in same feature class using ArcPy?
0
Creating new .lyr file and retain metadata using ArcPy?
2
Create .lyr file from open .mxd layer without removing layer
2
Using more than a single layer as barriers in arcpy.TraceGeometricNetwork_management()