I have a segmented line (road) dataset that potentially runs through multiple area polygons (localities). I want the road dataset that is grouped by the unique field (RoadMntnc) to have a concatenated list of the localities it passes through in the direction of flow of the road.

But it lists every locality each segment is in and doesn't follow the direction of travel of the road. 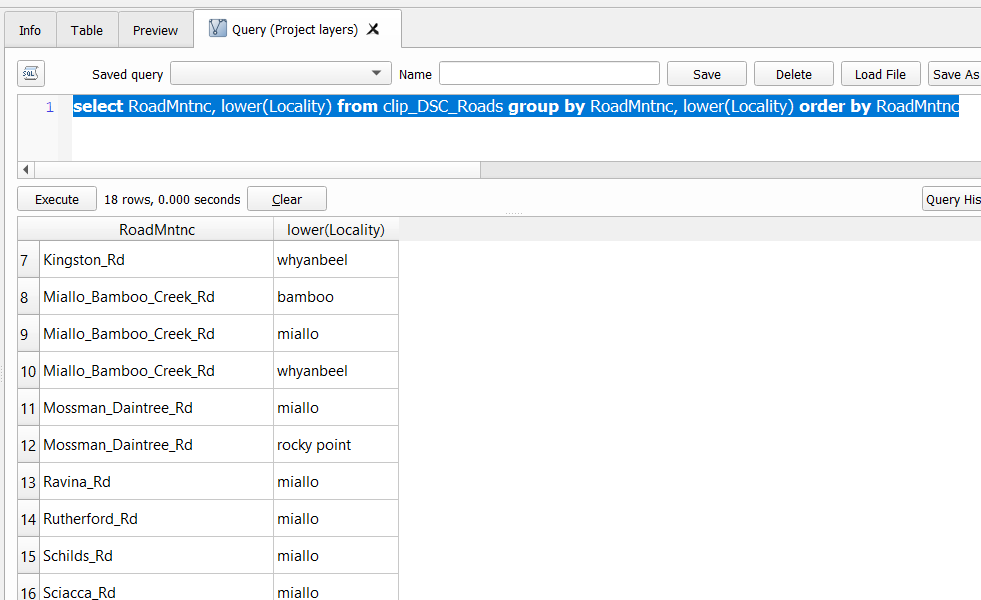 I need the result as

So if it is multiple localities (pink below) it should be in the direction that the road is.

To clarify a bit -there is a field with locality that changes in the dataset when a segment of road is inside different localities. It doesn't come from an external dataset -however if it has to then this won't be a problem either. This is why there is no 'intersect' in the SQL.

A QGIS or Mapinfo sql process would be fine as well. 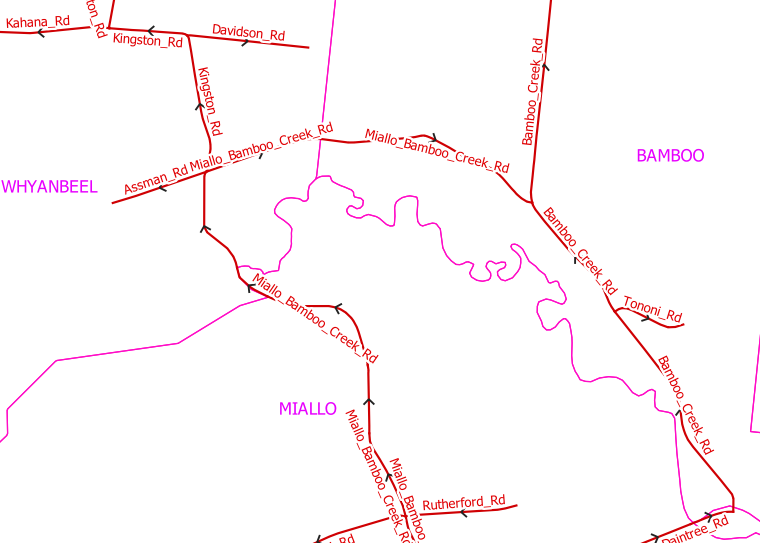 Based on Concatenate or group by values using spatial join in QGIS?

If I import the data into Spatialite and run 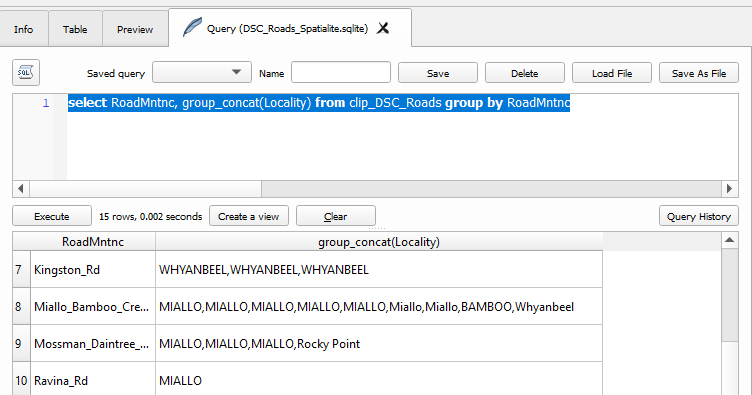 But how do get just the unique values and also check if it's in the right order?

but get a syntax error.

From the answers in the comments:
1. In order to concatenate unique values with group by clause: group_concat(distinct Locality)

Order by:
2. Data ordering (by the data sample link from comment): From your data, it looks like that the start/End chainage fields are connected with the direction & order so this looks the most promising sql (see image):

Not the answer you're looking for? Browse other questions tagged qgis sql mapinfo or ask your own question.

5
Concatenate or group by values using spatial join in QGIS?