I have several Landsat scenes that I wish to remove clouds from. I can do this by multiplying the Landsat layers by their associated cloud layers in the Raster Calculator. How can I set up iterations for both raster, followed by multiplication in Raster Calculator, in ModelBuilder?

The Landsat layer and cloud layer has the same parameters but are stored in separate folders. Ideally, I seek a ModelBuilder solution, but I am also open to python.

I have tried using a submodel, which lets me iterate through the two sets of raster folders, but the model fails at the Raster Calculator. The equation Raster 1 x Raster 2 works outside ModelBuilder. Does anyone know where I have gone wrong? 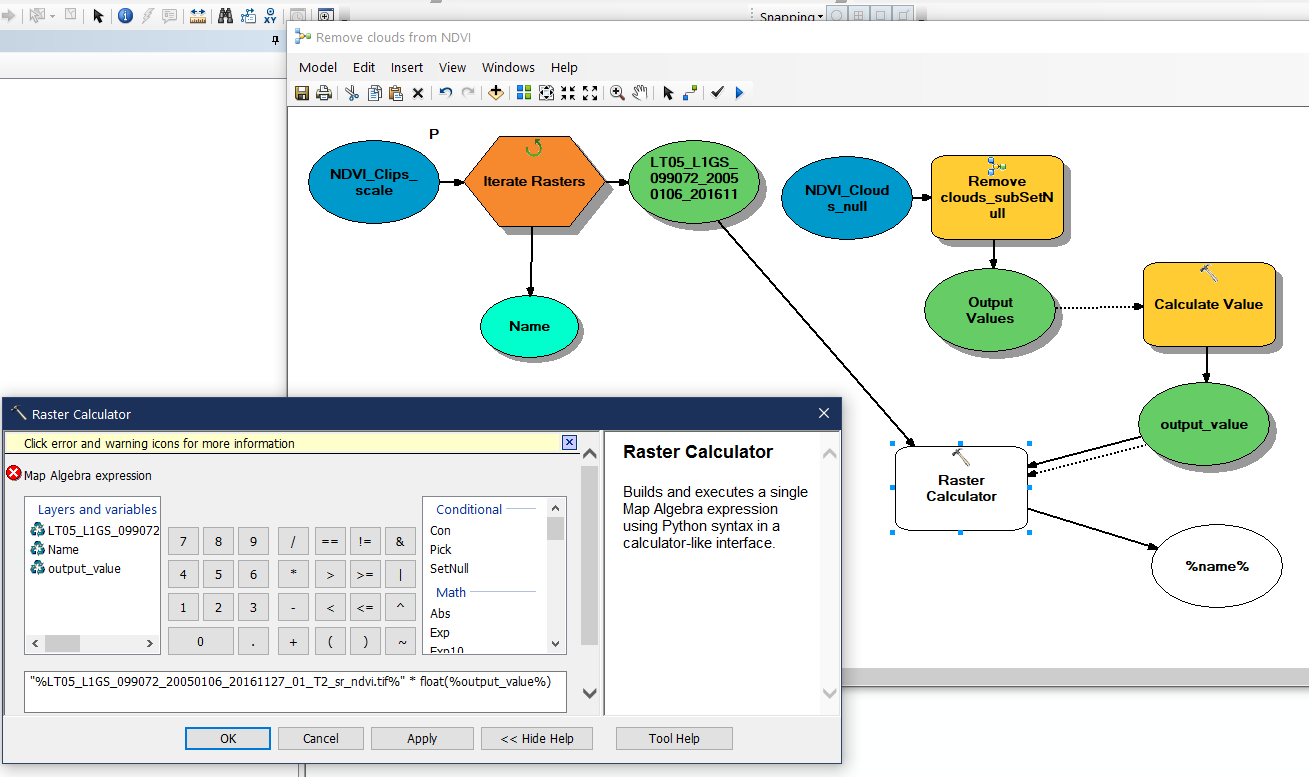