Connecting points to lines via network layer in QGIS

So I have a set of three layers:

I need to find the shortest paths which connect the points (Layer 1) to the line layer (Layer 3) via the road network (Layer 2). I tried doing this by first converting the line to a set of points on QGIS 3.8 on Windows and then using GRASS 7.6 on CentOS 7 and using the v.net.distance algorithm to achieve my objective.

However, before this, I had to prepare the three layers using v.net and when doing so I encountered an error stating v.net: rect.c:338: RTreeRectVolume: Assertion volume >= 0.0' failed. Aborted (core dumped), which I believe was due to the large number of points that the line converted to.

For the time being, I've had to make do with a few points spaced far apart on the line layer and connecting the points from Layer 1 via v.net.distance. However, as evident from the image below this leads to inaccuracies when I try to calculate distances from the cable to the points as it often travels a long way along the cable before branching out to the road network. 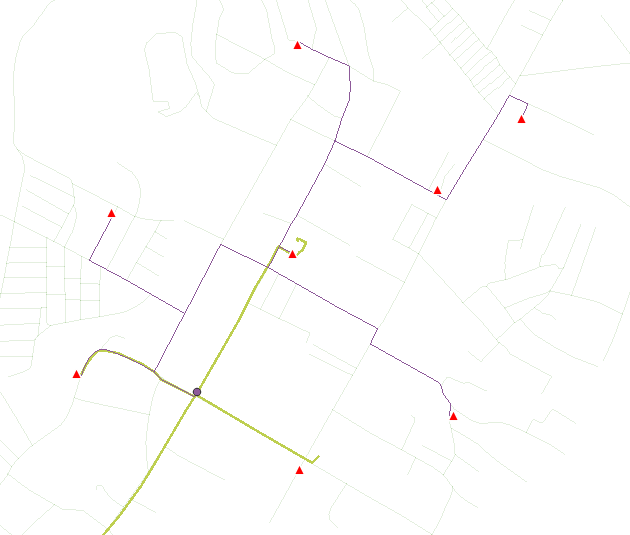 So in summary, what I need to do is find a way by which I get the shortest path to connect the points (in Layer 1) to the line (in Layer 3) via the road network (in Layer 2)

I am considering any solution using QGIS, GRASS GIS or a combination of both.

Browse other questions tagged qgis grass network shortest-path or ask your own question.