I'm using Arcmap 10.5 and I would like to solve a network analysis problem.

I have a road network layer and two point layers. The first points layer contains the start points, the second one contains the end points (the same count). Both layer has route_id field. I would like to find routes based on this common route_id value. So, I would like to find routes from each start point to each end point where the route_id values are the same (overall 100 routes). They would be very-very simple routes, without any restrictions, barriers etc. Only the shortest paths are needed.

How can I solve this problem?

As you have one start matching one stop I think you have chosen the wrong sort of analysis, you chose Closest Facility I think you need to be using Route. This will create a line between start and stop.

So in the example below I loaded stops from start layer and set route name field, I then loaded end stops setting route name field and when you run solve it creates a route for each route name 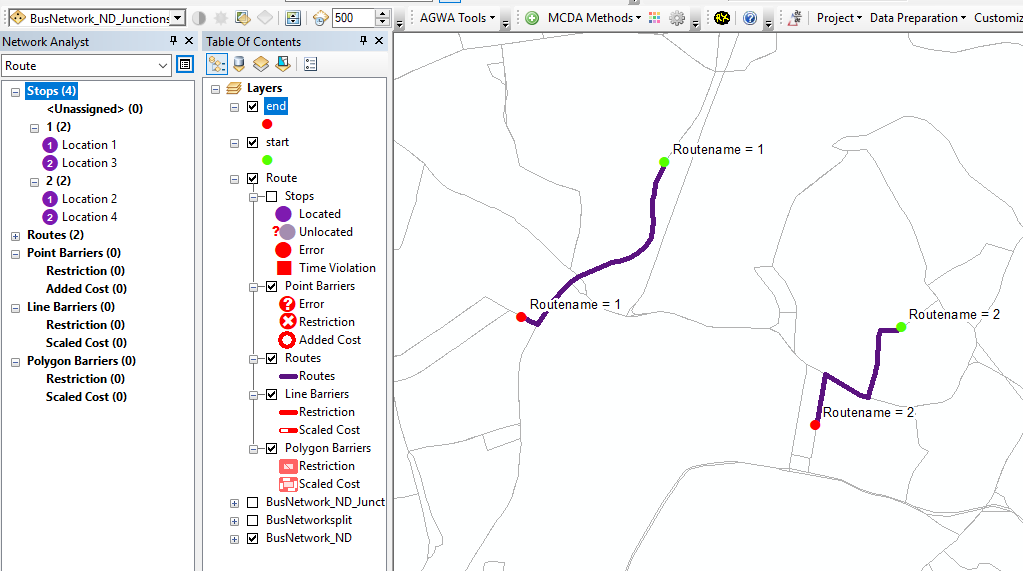 Not the answer you're looking for? Browse other questions tagged arcgis-desktop network-analyst routing or ask your own question.