Why can't I see all records in my personal GDB in QGIS?

I am running QGIS 1.8. I have a layer from an ESRI Personal GDB. There are 431 features in the layer. When you load the layer into QGIS, and look at the Metadata properties, it shows the number of features as 431. 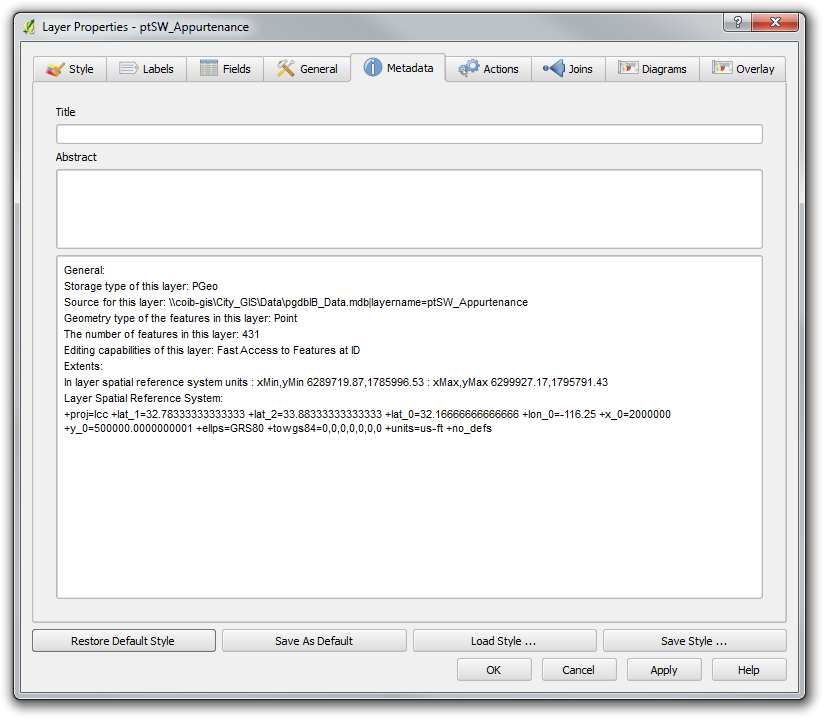 When I open the attribute table, the table only shows 180 features. 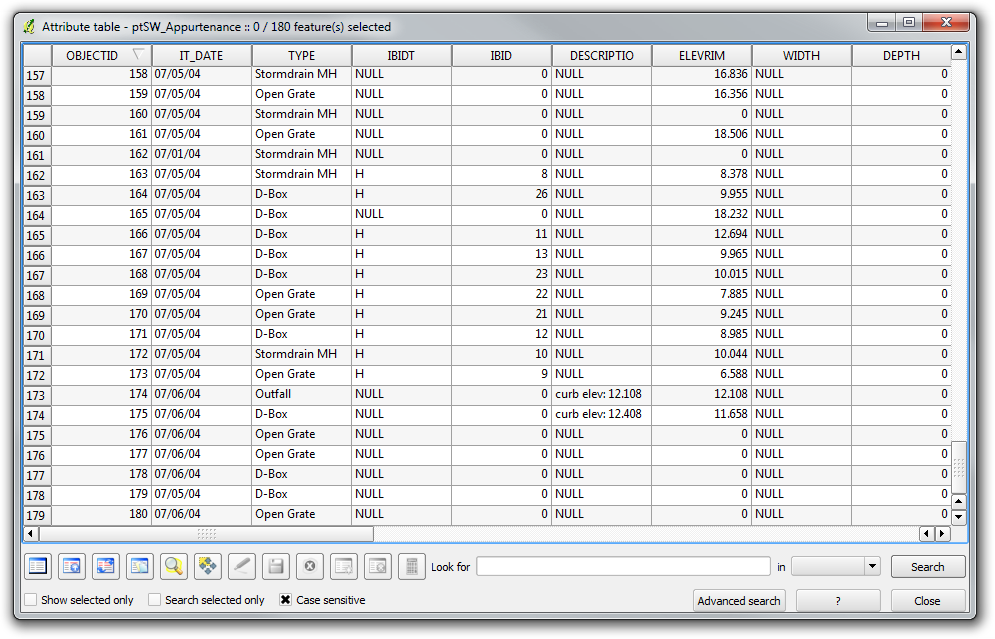 This is a layer that had been loaded in straight from the Personal GDB. No filters or queries had been added to it, so all features should be showing.

I first came across this issue because another coworker was trying to access the same layer using QGIS 1.7. He was having the same issue.

A couple items of note:

Here is a screenshot of the layer in QGIS: 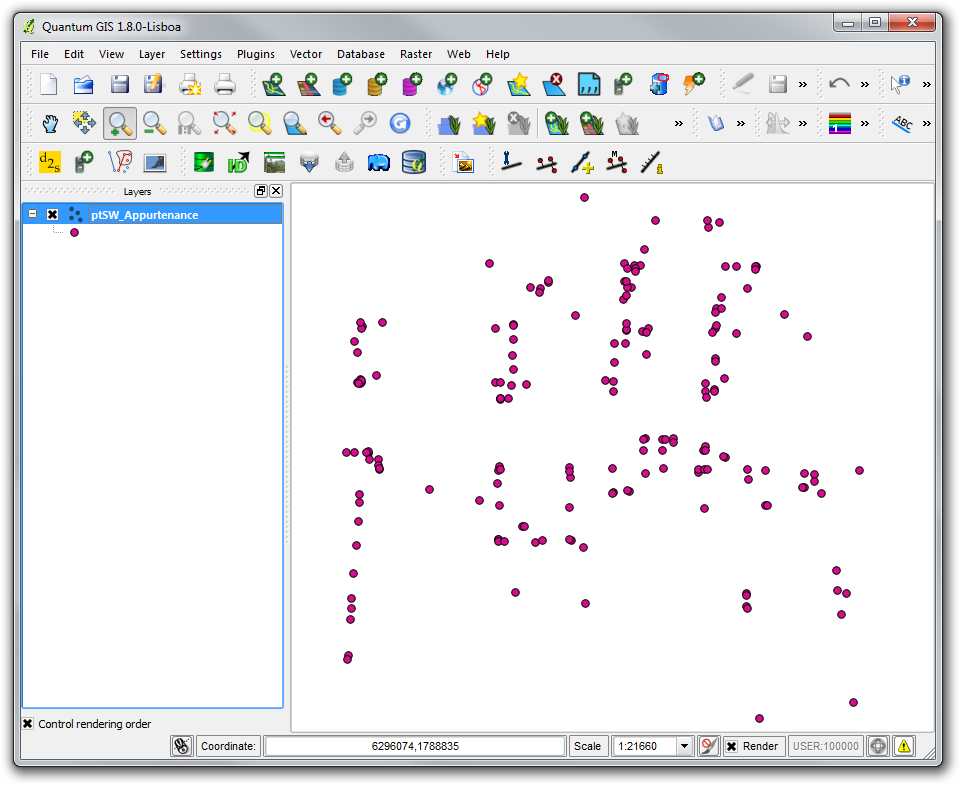 Here is a screenshot of the same layer in ArcGIS: 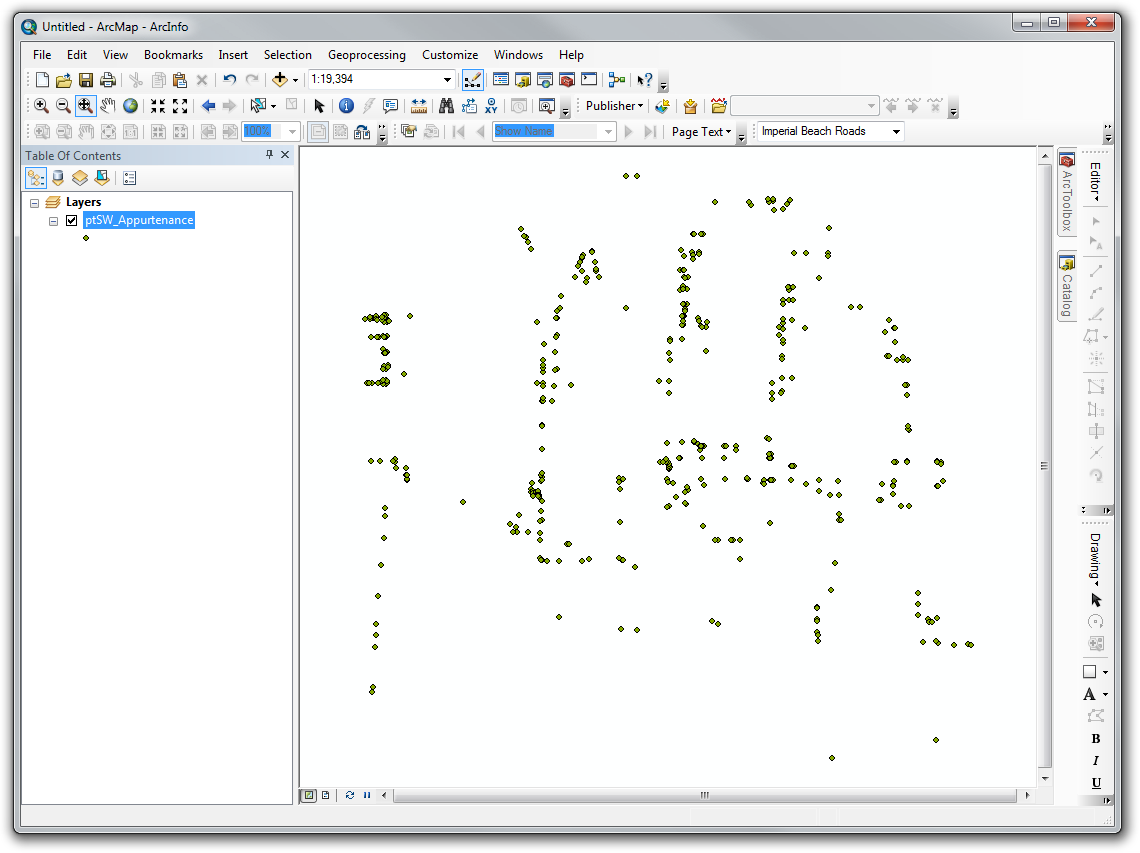 If anyone has some insight into why QGIS is able to see the actual number of features in the layer, but is only displaying a certain number, I would appreciate it.

Open the Personal GDB in MS Access to make sure the records not shown in QGIS all have valid data, including coordinates. I'd first check the 181st record (in your case), being the first record not shown in QGIS.

Given your confirmation in the comment above, you might file a bug with the QGIS team to request a visible error message in case invalid data is found.

Probably one of the feature's geometries is failing to hydrate. Can you print all of the geometries with ogrinfo -al datasource

Not the answer you're looking for? Browse other questions tagged qgis data esri-geodatabase or ask your own question.

5
ogr2ogr when importing from file geodatabase and using in Python?