Why do original colors in GEE images appear in different colors?

I seek help to understand why colors that I specified in Google Earth Engine (GEE) do not appear in raster objects in R. Let me explain the processes that I have been going through. The following script is basically creating a landcover image for each county in the States. As you see, I have specified colors for visParam (i.e., landcoverVis) and used visualize(). I have geotif files as I expected. I attached an image below. (I cut the image with a polygon data.) 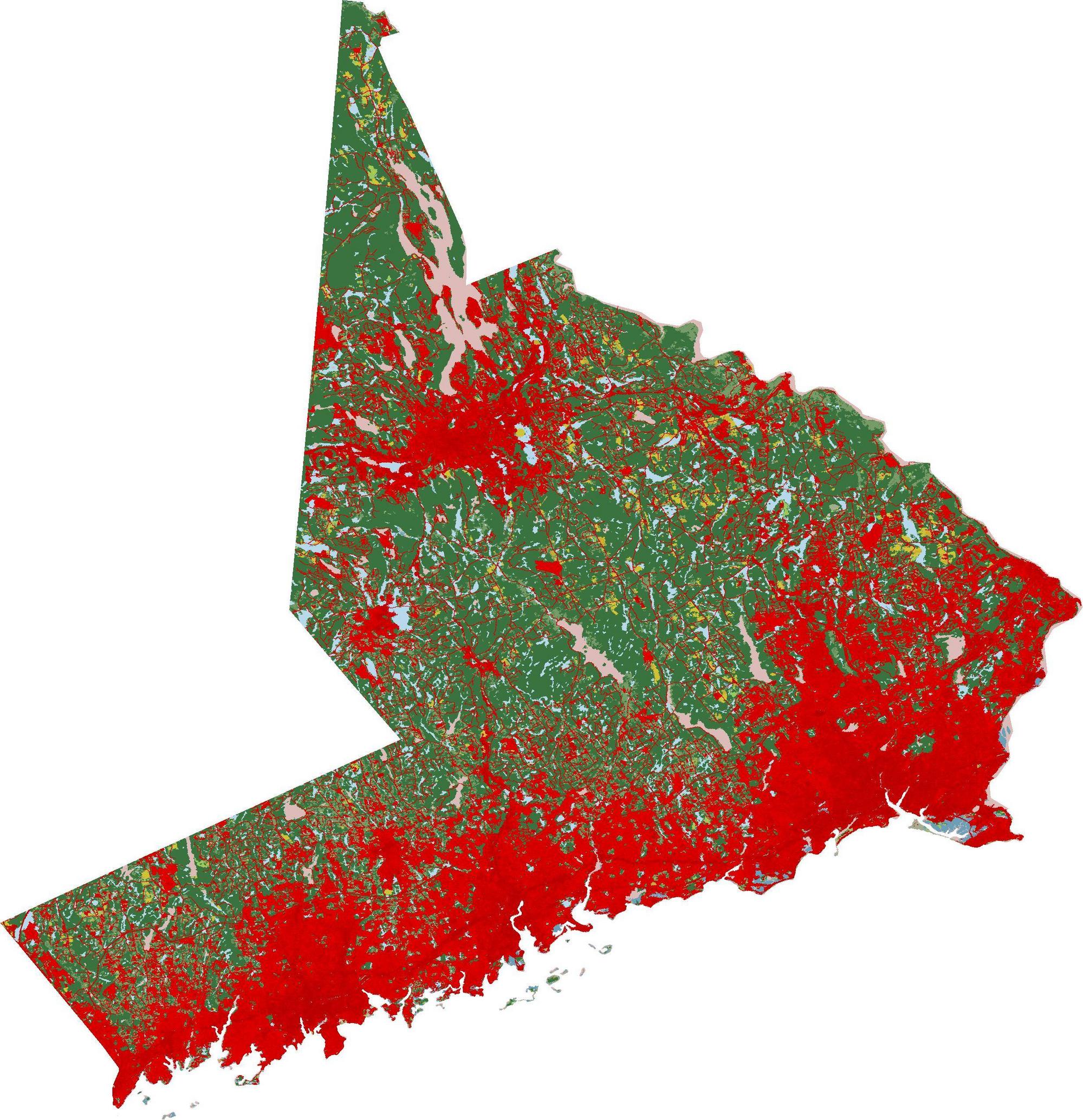 However, I realized that colors in the geotif files are not matching with the original GEE colors when I processed them in R. In my R script, I am basically counting the number of pixel for each color. I get a data frame like one below.

Let me show you two sets of colors so that you can see original colors changed. 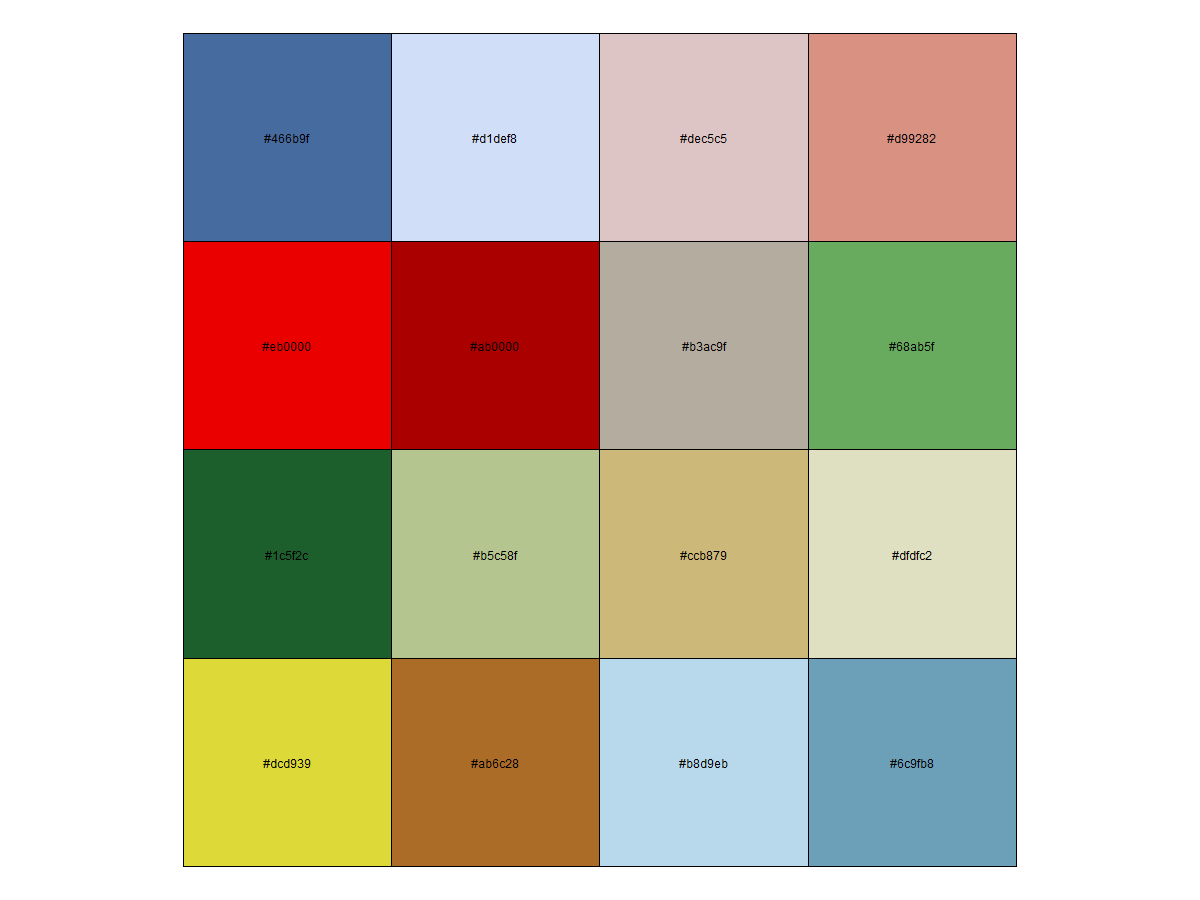 Colors that I have in the sample image above

There are 15 colors in this image rather than 16. Other images have 16 colors. 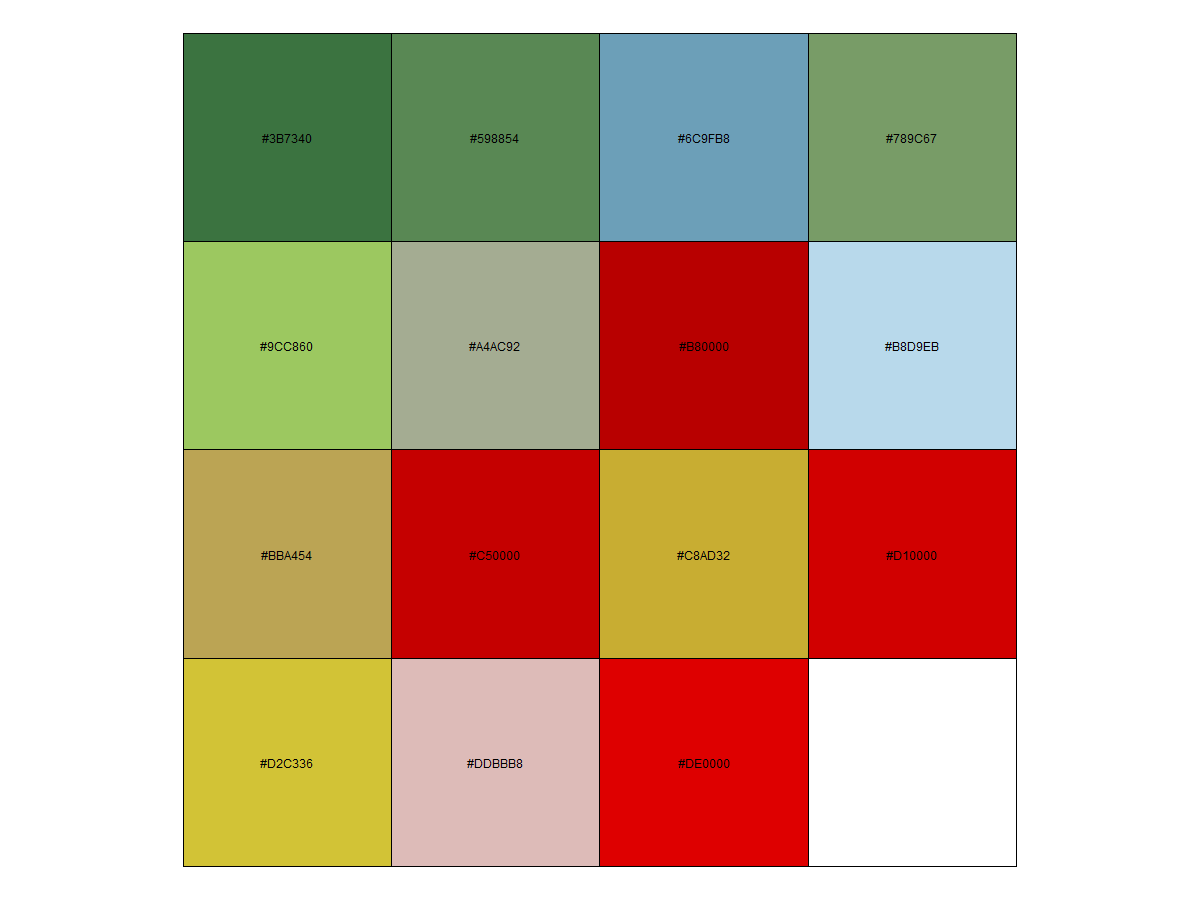 I looked into .toFloat() in image: myimage.toFloat() in as Spacedman suggested. I found that the three bands in myimage were already int8. There is no need to change this. So, I deleted .toFloat() and checked if there is any change in colors. However, this change did not lead to any improvement; the original colors were still converted.

The other update is that I found Reducing Land Cover Data Sets in Earth Engine, which shows an attempt to get pixel data for each US county. This seems like the way to go. But I doubt this works all the time. When I used .clip() method and tried to save geotif files I received error messages saying that the present GEE does not support multiple polygons. This may be only for the cases where users want to save images. (I will check if the method in the linked question works).

I still do not know why the original colors are converted to the new colors though.

After investing a few days, I finally found a solution. I want to leave it so that other GEE users will not be trapped in the same way. I learned users need to use .visualize() with visParams in the GEE tutorial and some questions. However, this is not the case when users export land cover images. In my code above, I had the following.

landcoverVis includes information for visParams. I was assigning colors to foo. But this was not the case. In this case, I just needed the following; there is no need to specify colors.

This change allowed me to have an image with the proper colors. 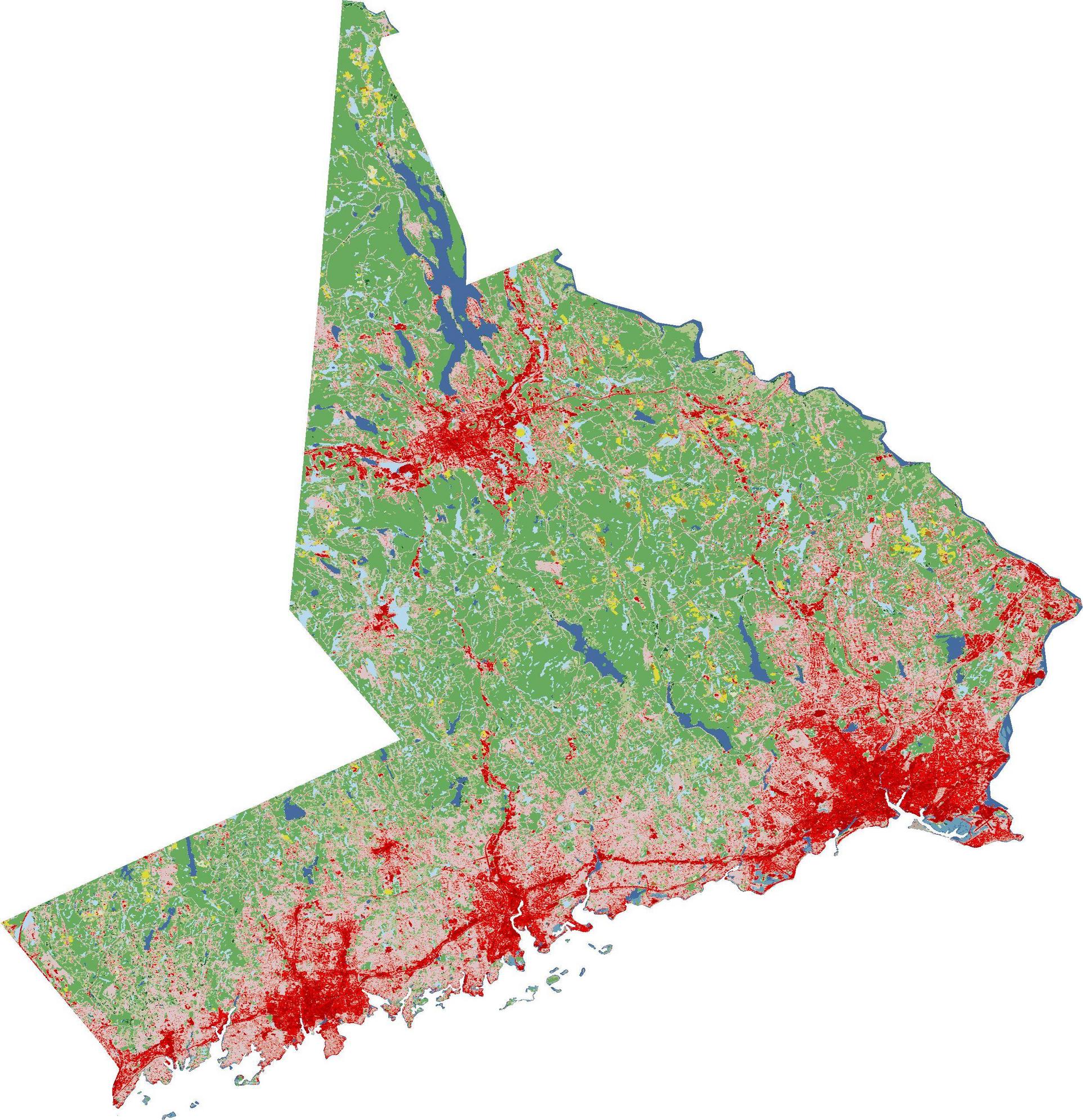 Colors in this image 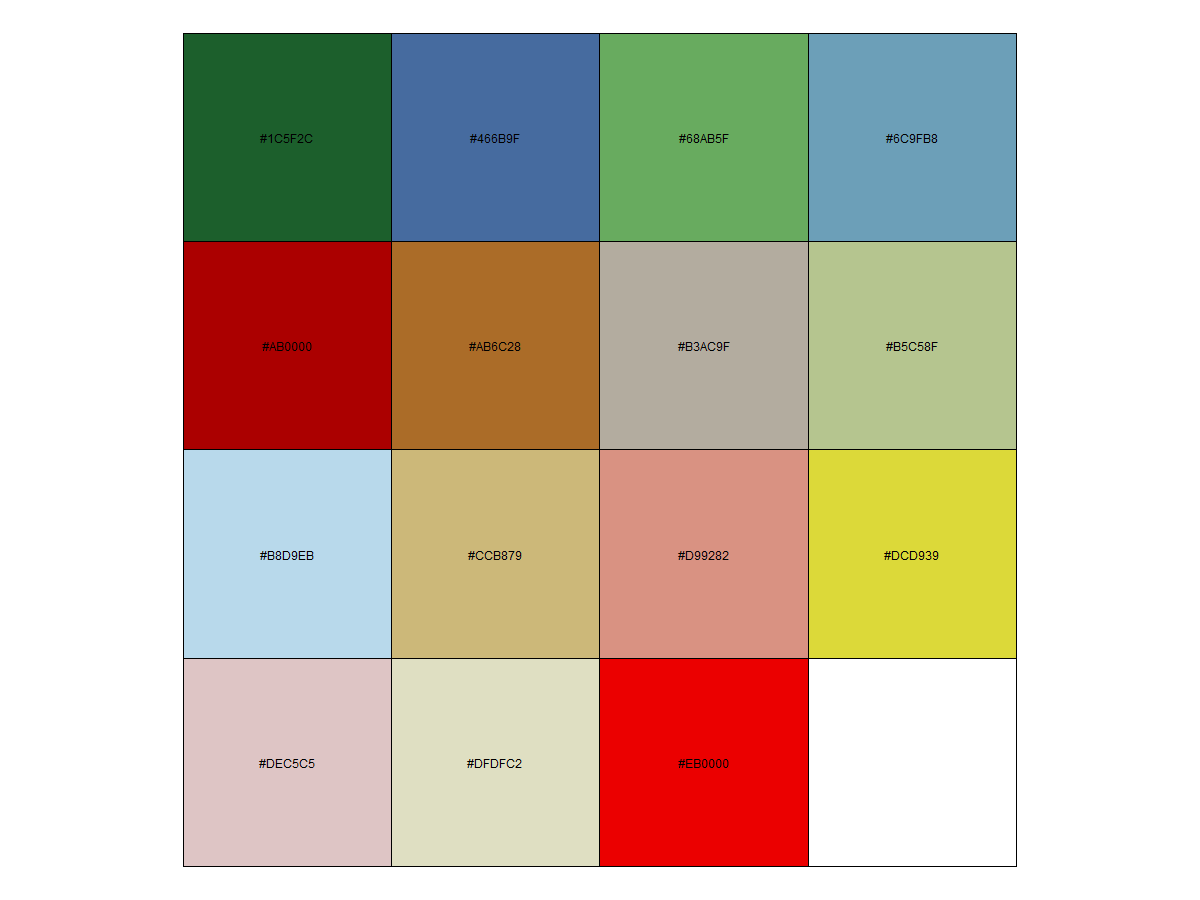 Not the answer you're looking for? Browse other questions tagged raster r google-earth-engine or ask your own question.

1
Calculate water frequency in Google Earth Engine based on time series?
0
'Streaking' on Sentinel 1 Images in GEE?
3
Scatter plot between two images in GEE
0
Radar Shadow for Sentinel 1 images in GEE?
1
No images L2A images available in GEE for whole January 2017 and 2018 for Southwest Ghana