For some research I am working on, I have a dataframe called charters of charter schools in New Jersey. Simplified it looks like this:

My goal is to assign a geographic.district.id to each school in charters that reflects the district it is actually located in. The nj.school.districts spdf looks like this: 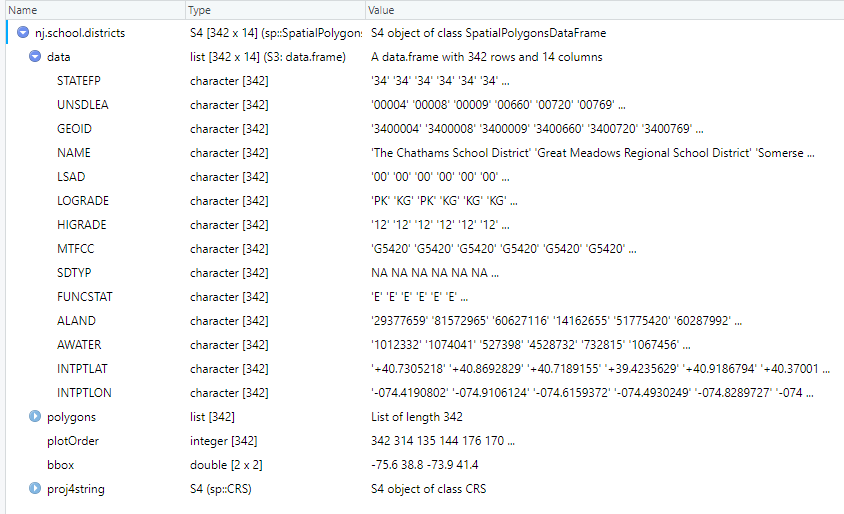 So there are 342 districts, each with a unique GEOID. It is this GEOID that should be assigned to each charter school that falls within the district. I've mapped the charters over the school districts so could do it manually that way, but in reality it would be too time consuming.

I've been able to extract the coordinates of a particular polygon, and to confirm whether or not any schools are in it through this code:

but I don't know how to do it at scale or how to then assign the new GEOID accordingly.

then make it a spatial points data frame:

assume the lat-long in charters is the same sort of lat-long as in the NJ boundaries:

Now if you do over of points on polygons you get back the polygons that each point is in:

so extract the field in the polygons and bung it in the points:

Not the answer you're looking for? Browse other questions tagged r polygon spatial-database point-in-polygon sp or ask your own question.