I have the DEM of a defined region that has been split into sub-DEM with a resolution of 1 km x 1 km. When I merge the sub-DEM to create a single DEM (Raster -> Miscellaneous -> Merge), the overall result is quite satisfactory, but for some reason, when I compare the original altitude to the merged altitude, there are differences in some regions. I also realized that the tool transforms regions containing nodata into 0.

Is there an explanation for this?

I realized that when I create a virtual raster from DEM, and then save it in GeoTiff format, I get the original DEM.

My question is therefore: besides the ease of use, is there any advantage to using the Merge tool instead of the virtual raster?

The merge tool will not change the values within cells not in overlaping parts. For this overlaping borders you must decide the method, both for merge or virtual raster. There are several methods, specially if the raster and not completely alligned but basically they follow this principles: 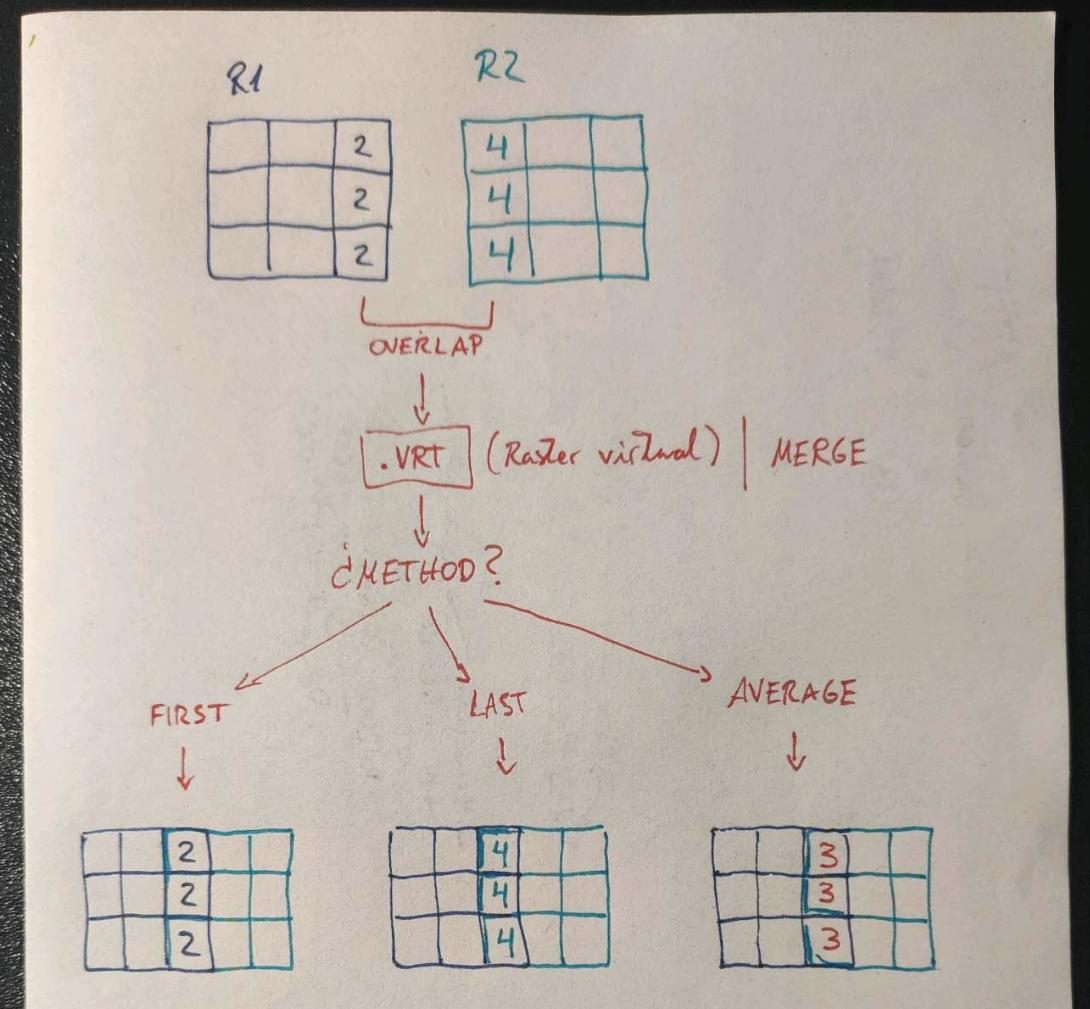 In your graph, I would say that those differences between the original and merged are due to this principle. However may be all relays in the primary tool you used to split your raster. If this have created little gaps between cells, the merge tool will interpolate the value.

Not the answer you're looking for? Browse other questions tagged qgis dem merge vrt profile or ask your own question.