Joining attributes of census tracts with neighborhoods in ArcGIS when the boundaries don't match up perfectly?

I have a shapefile of Montreal census tract boundaries (below left), where for each tract I've joined data for 17 census variables including population, land area, total private dwellings, etc. 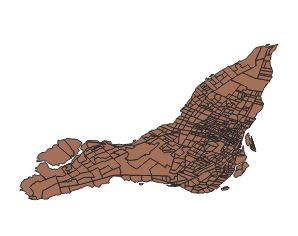 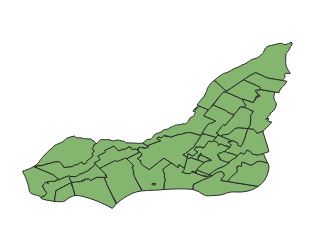 I also have a shapefile of Montreal neighborhood boundaries (above right) which are larger than the census tracts. My goal is to join the attributes of the layers so that I have a resulting layer of census tracts, where each tract now has a neighborhood name associated with it. I will then use this layer to aggregate data by neighborhood.

Is there anything I can do to solve these boundary issues or any other tool that could help with this? 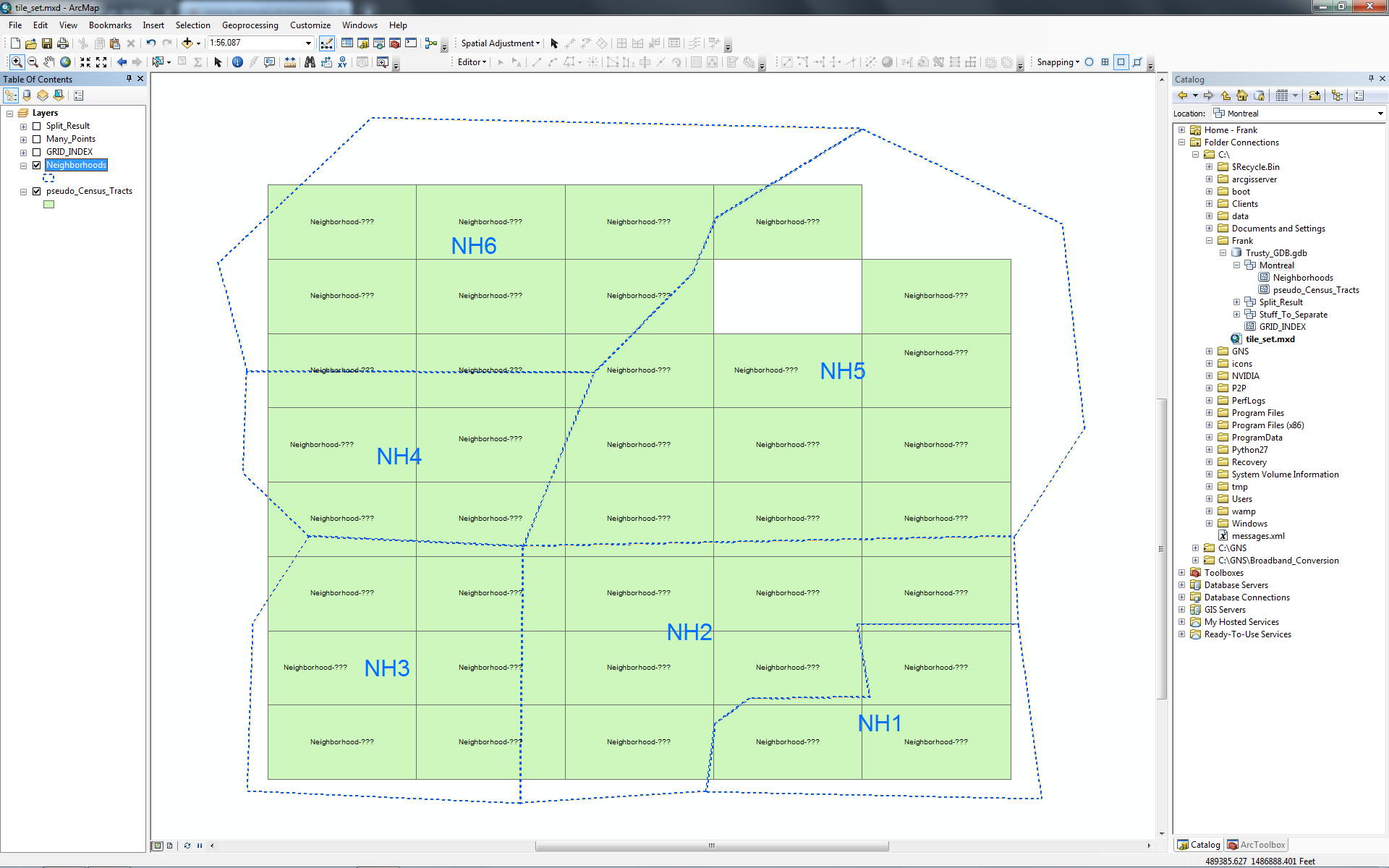 Gonna' need some points on those Census_tracts. 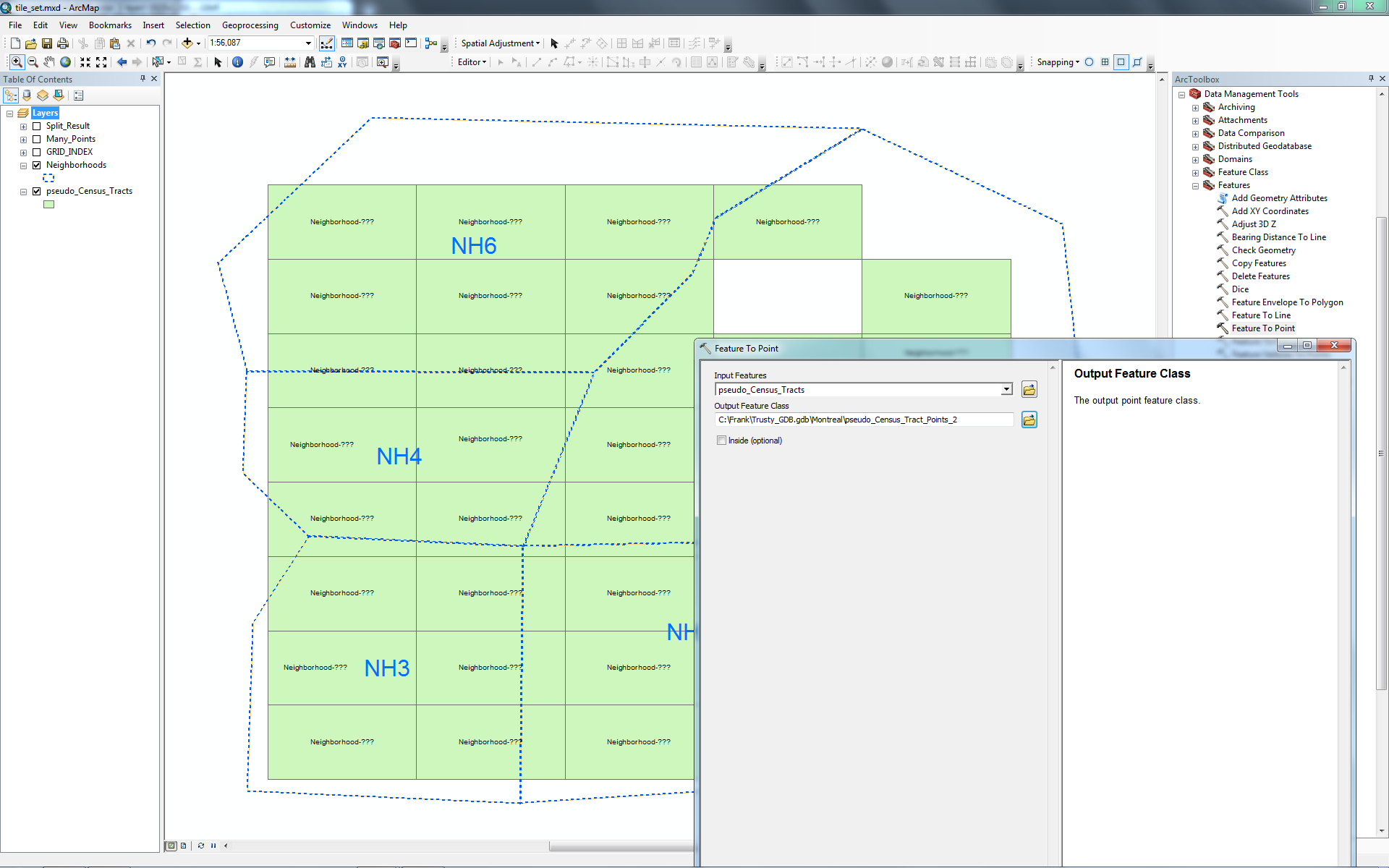 For the Input Features choose Census_Tracts and for the output Feature class I called it pseudo_Census_Tract_Points_2. Run the tool and open the atrribute table for the new feature class. You should be looking at something similar to: 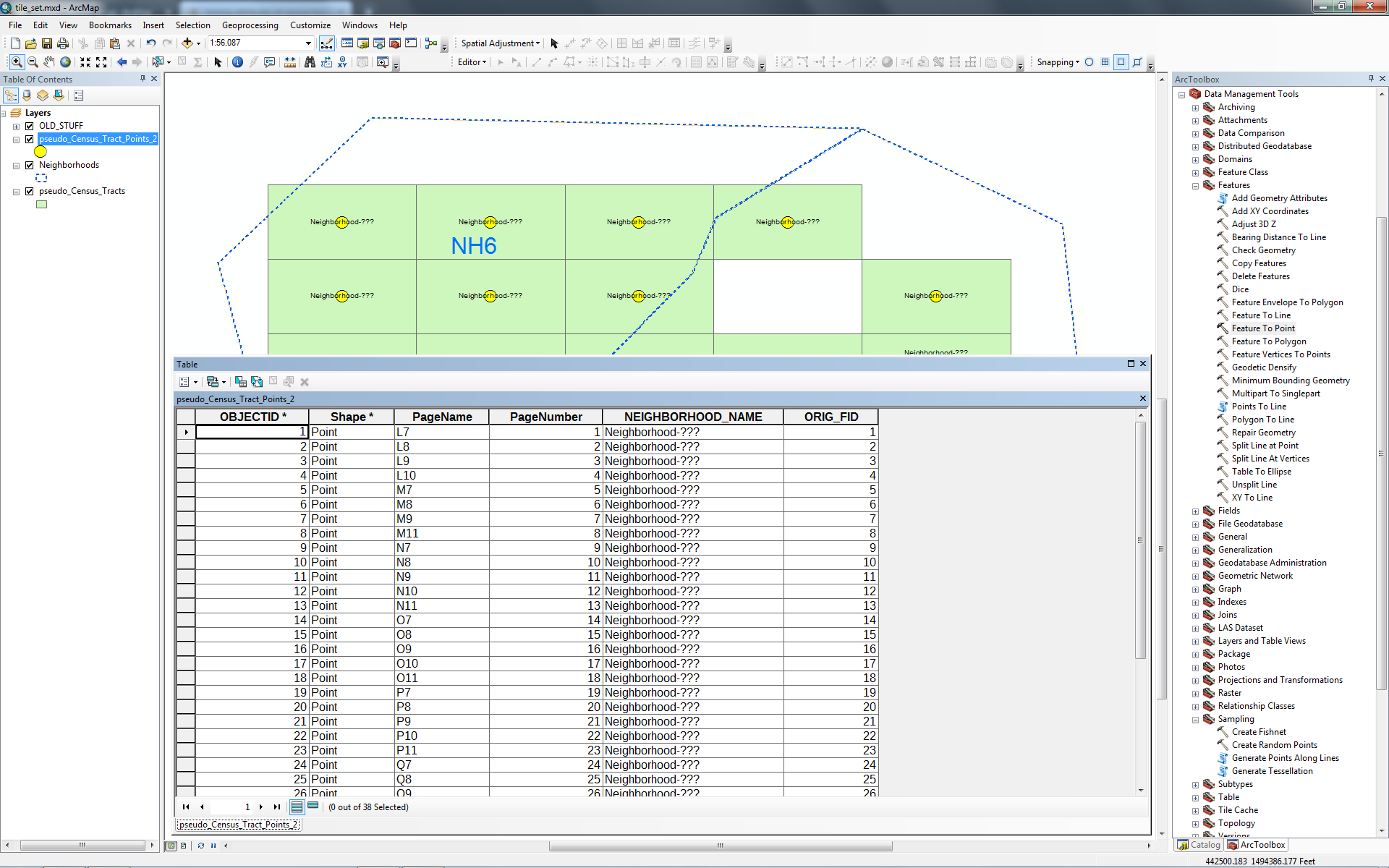 Notice the newly created point feature class has all of the attributes from the Census_Tract polygon. At this point it would safe to delete all columns except ORIG_FID as this is the means by which we will table-join back to pseudo_Census_Tracts after a quick spatial-join to grab the Neighborhood polygon data.

Time for that spatial join. In the table of Contents, right click the new pseudo_Census_Tract_Points_2->Joins and Relates->Join: 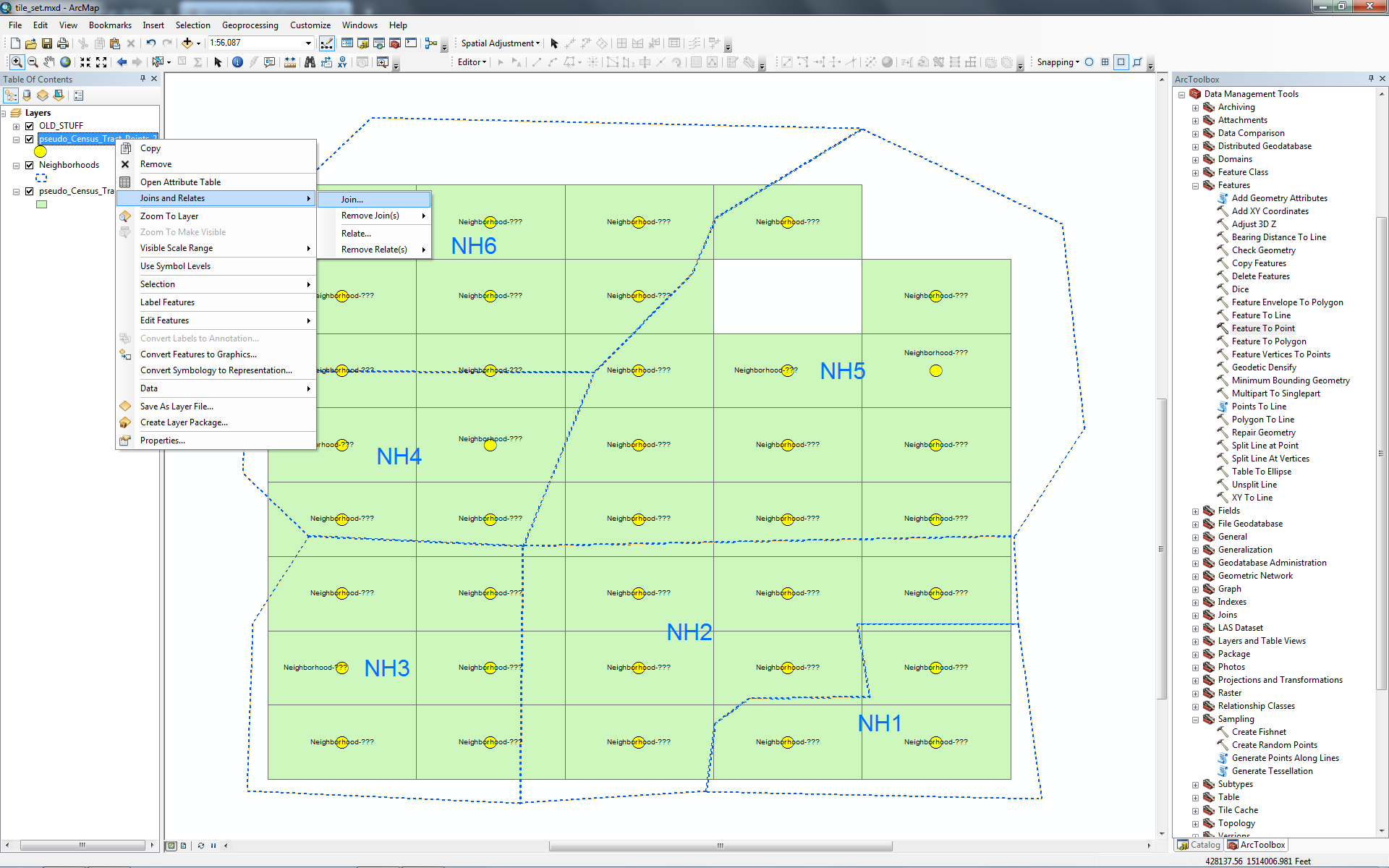 You are presented with the 'Join Data' Dialog Box.

We need to change the first option in the drop down box to: 'Join data from another layer based on spatial location' 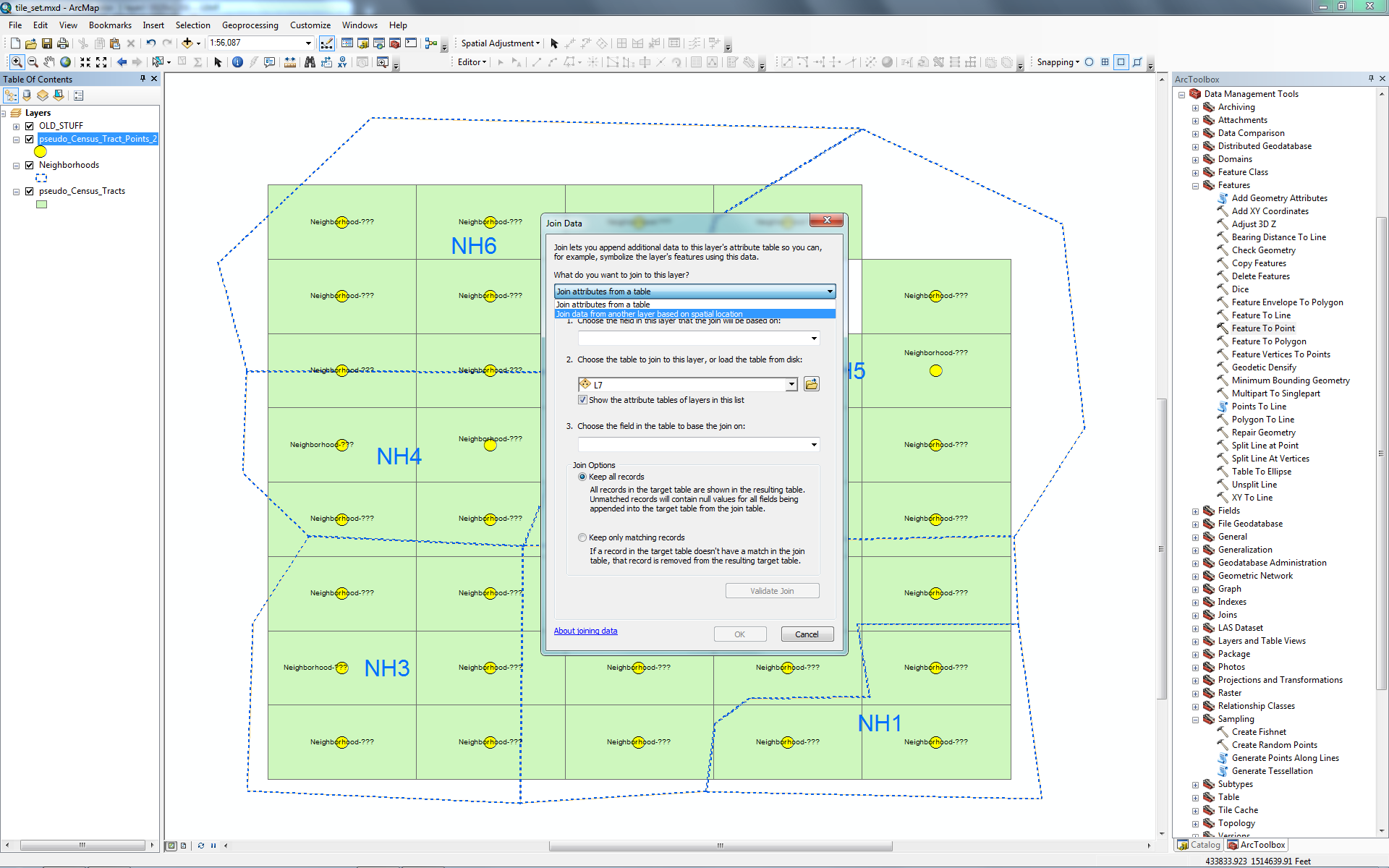 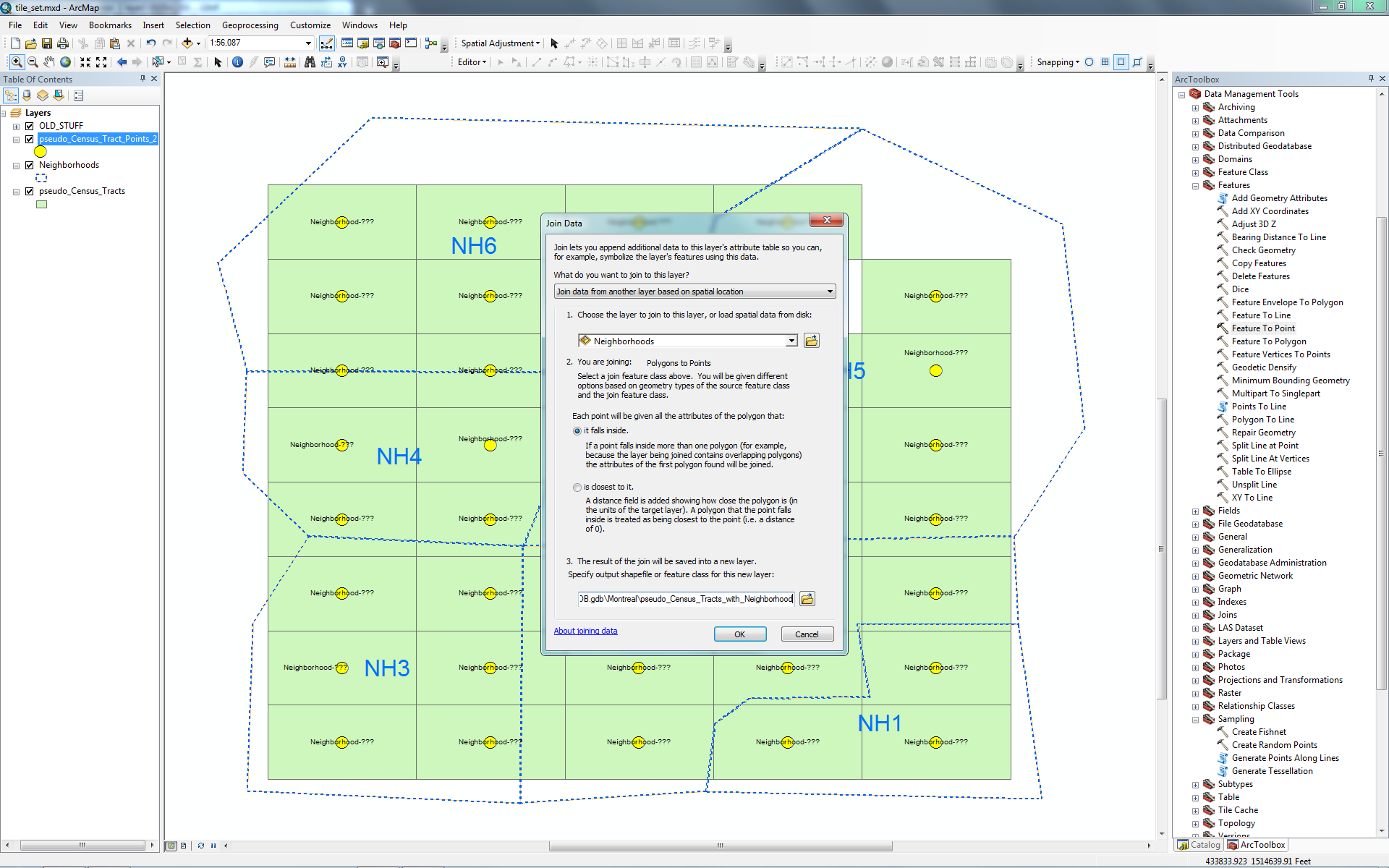 Do I really need to say 'Click OK'? Bear in mind, this spatial join will produce a new point feature class(pseudo_Census_Tracts_with_Neighborhood) whose new attributes include those of the Neighborhood in which they fell. 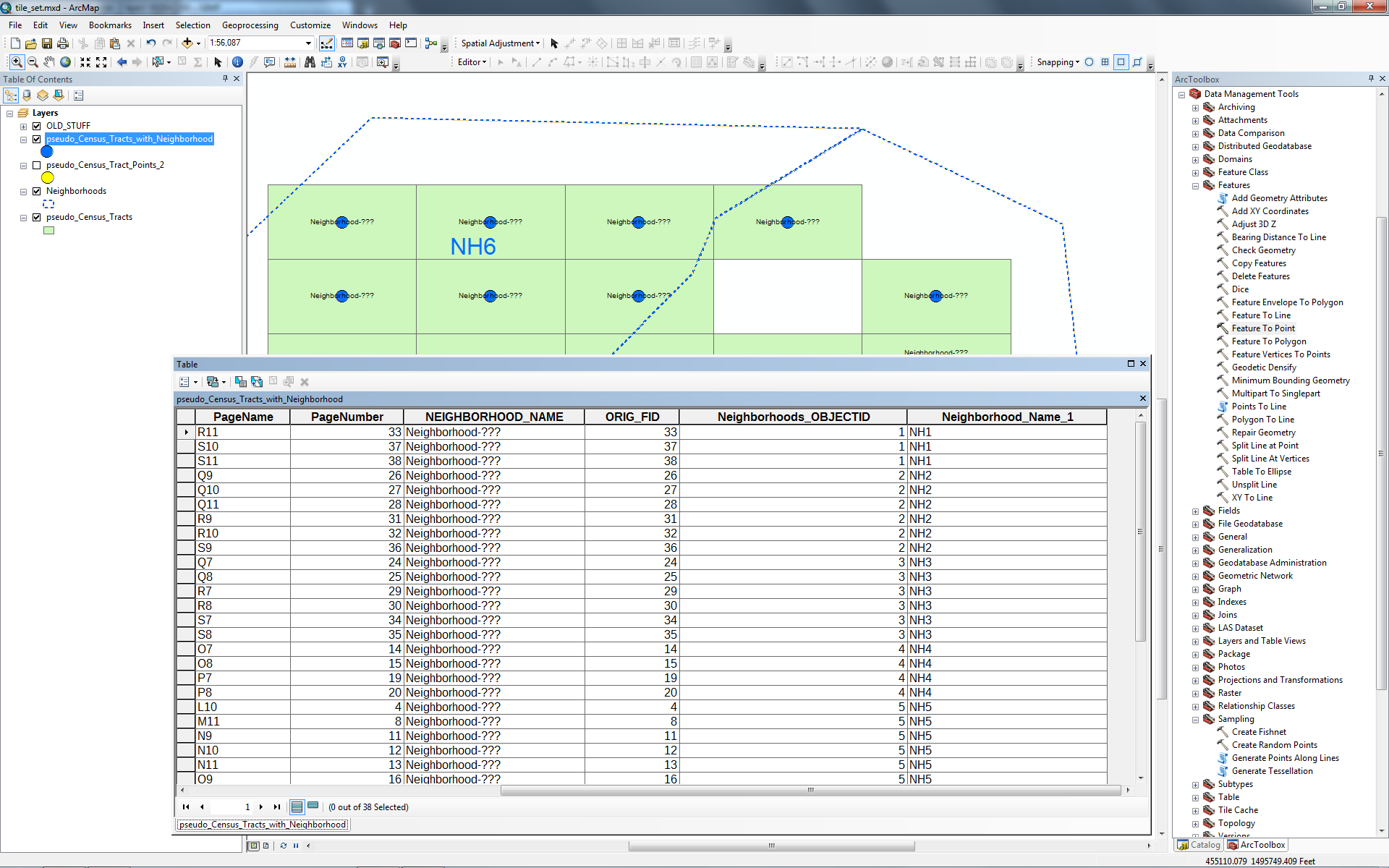 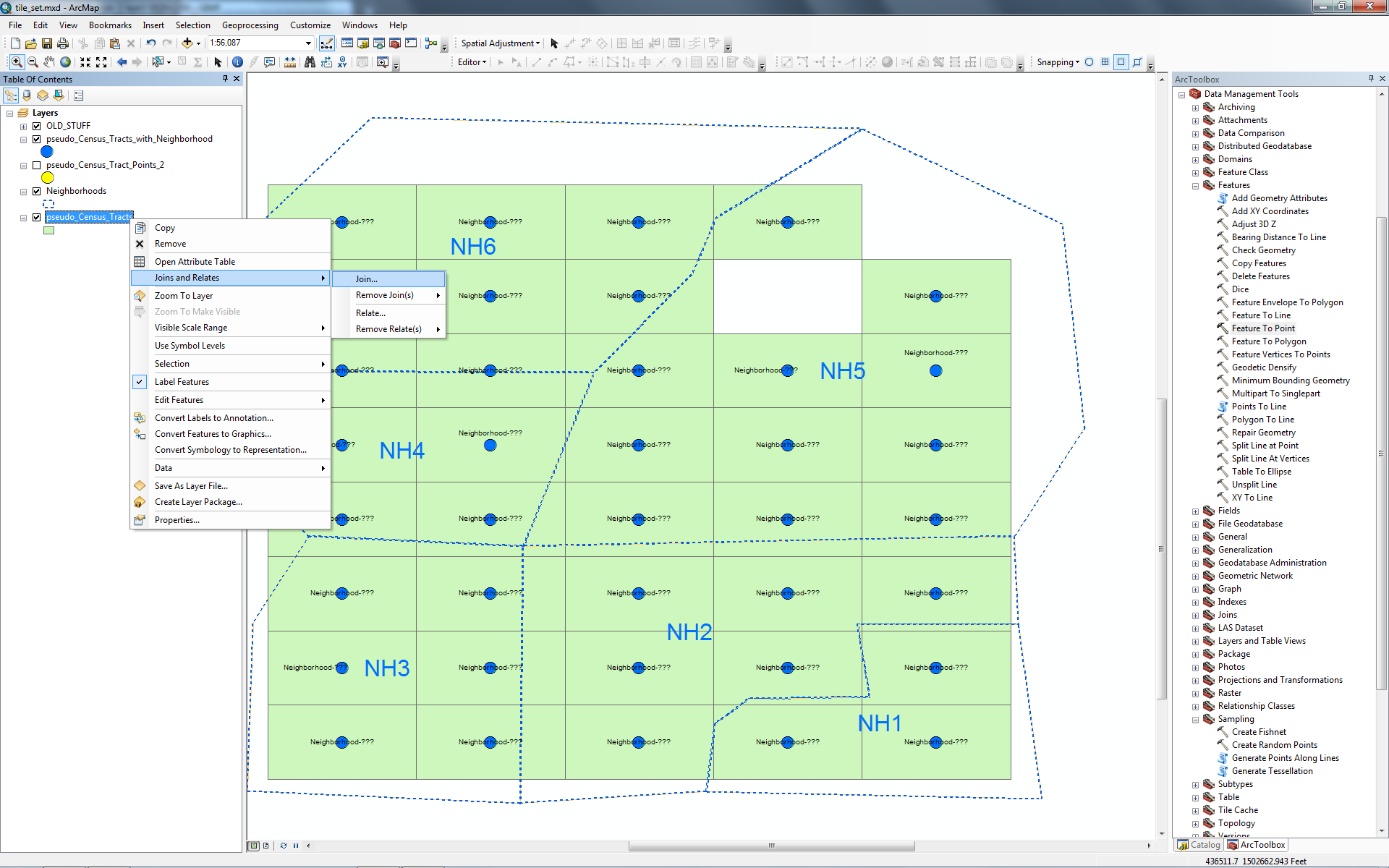 Again you are presented with the 'Join Data' dialog box, where we need to change the join type back to 'Join attributes from a table' 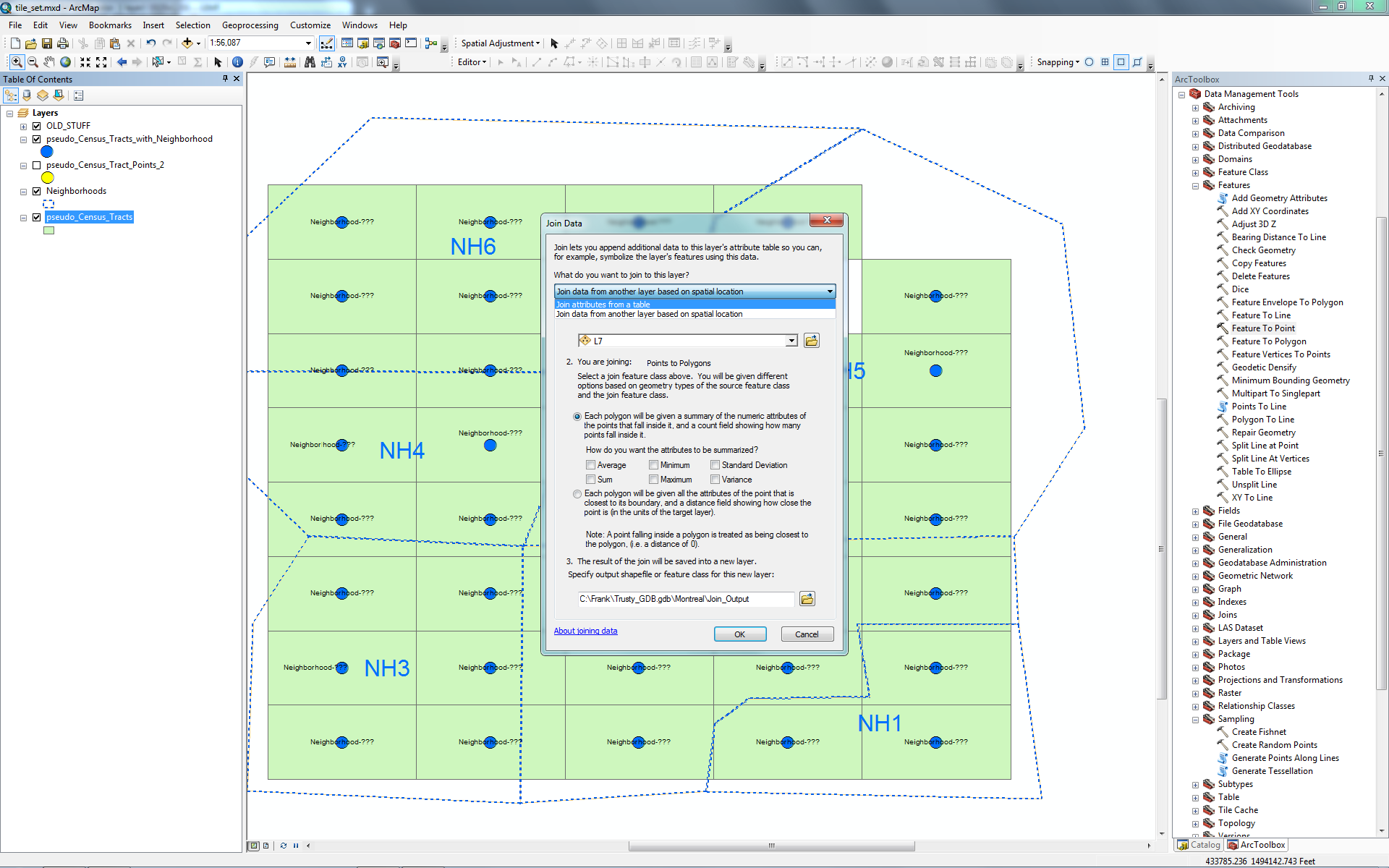 Then set the join options to: 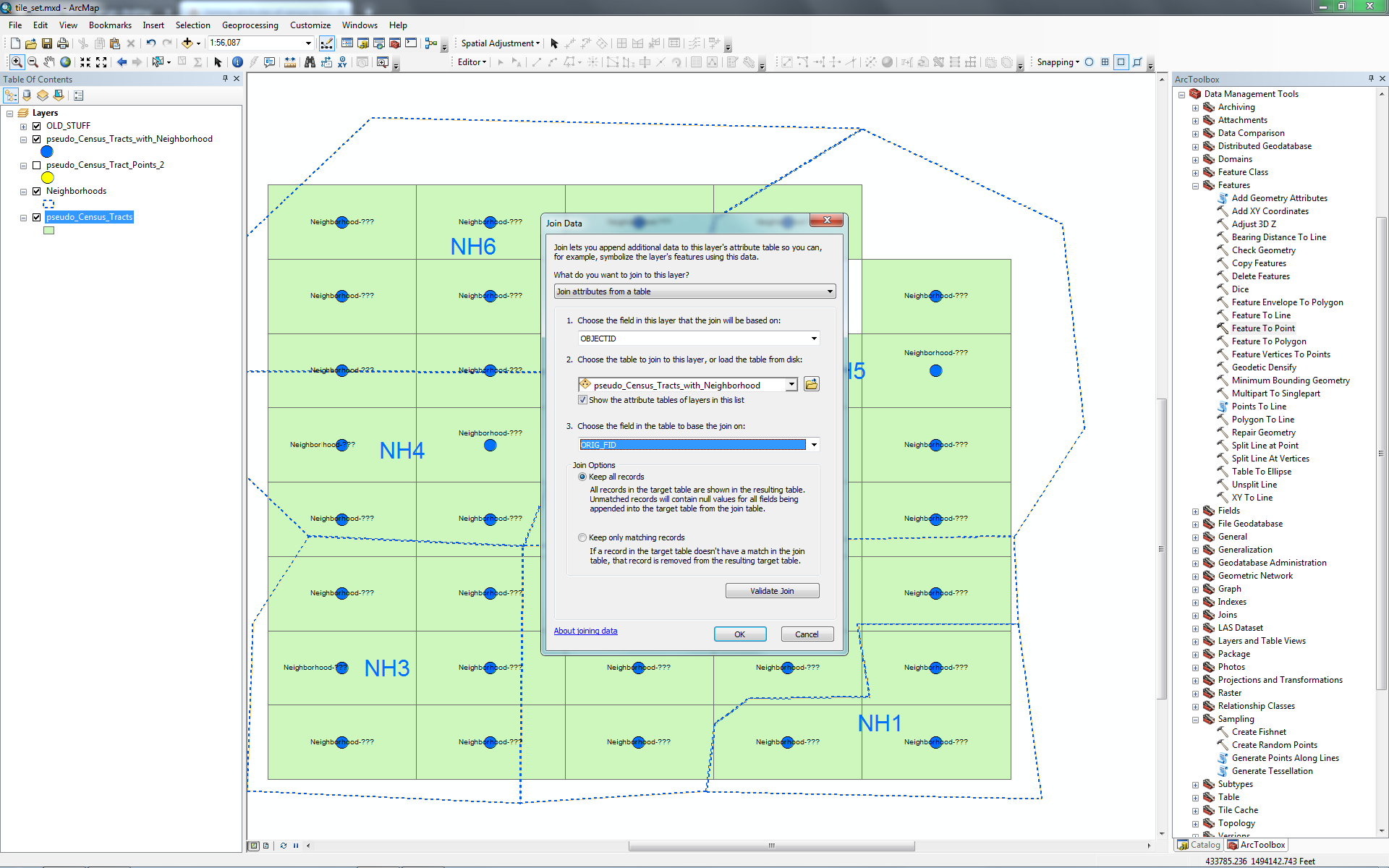 Select OK and open the attribute table for the original pseudo_Census_Tracts polygons layer. 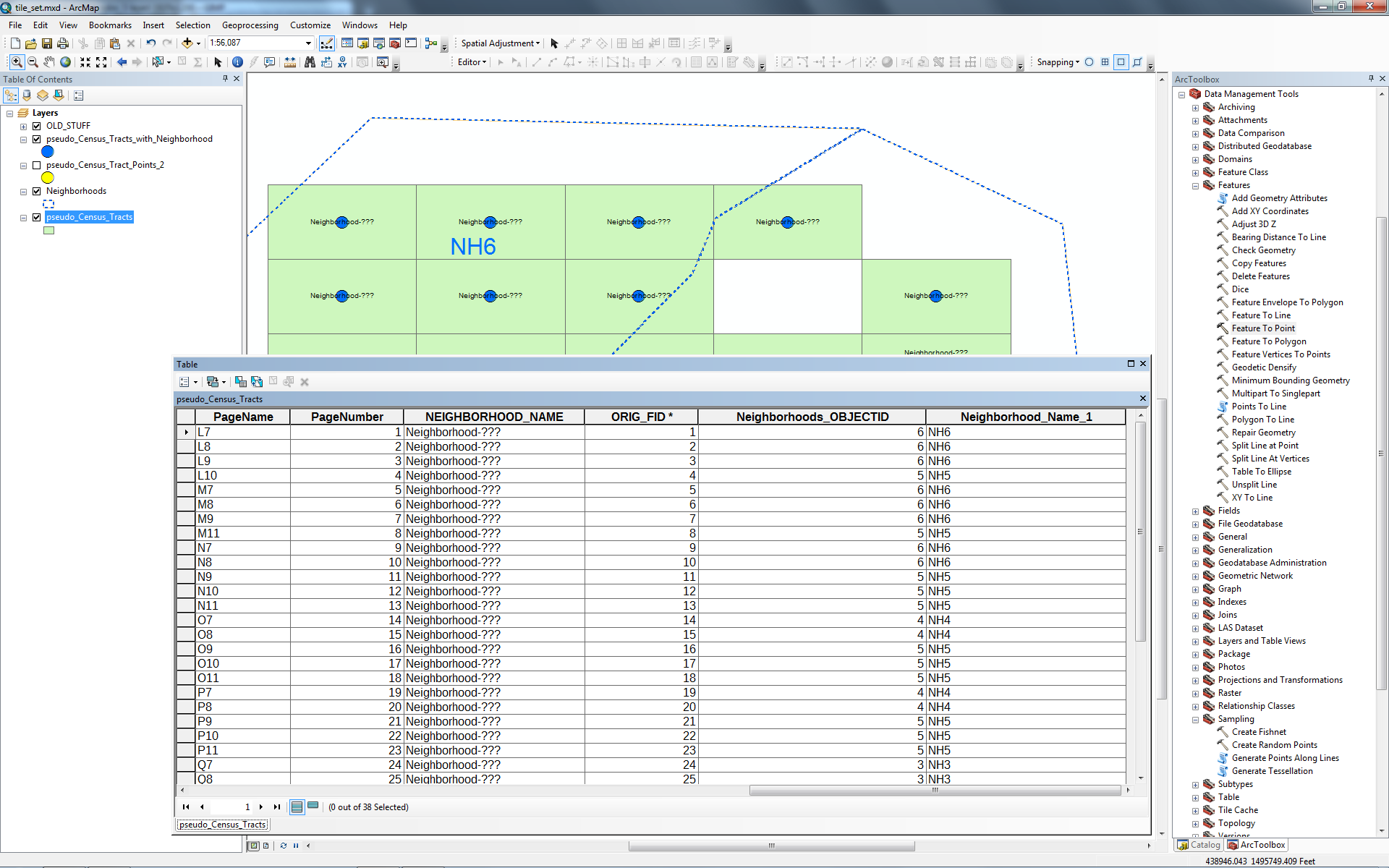 At this point, we just need to perform a field calculation on the original polygons to copy the neccessary data from the joined columns in pseudo_Census_Tracts_with_Neighborhood. Find the column from the orignal pseudo_Census_Tracts table that you wish to calculate the value on. Right click on the column and select Field Calculator. 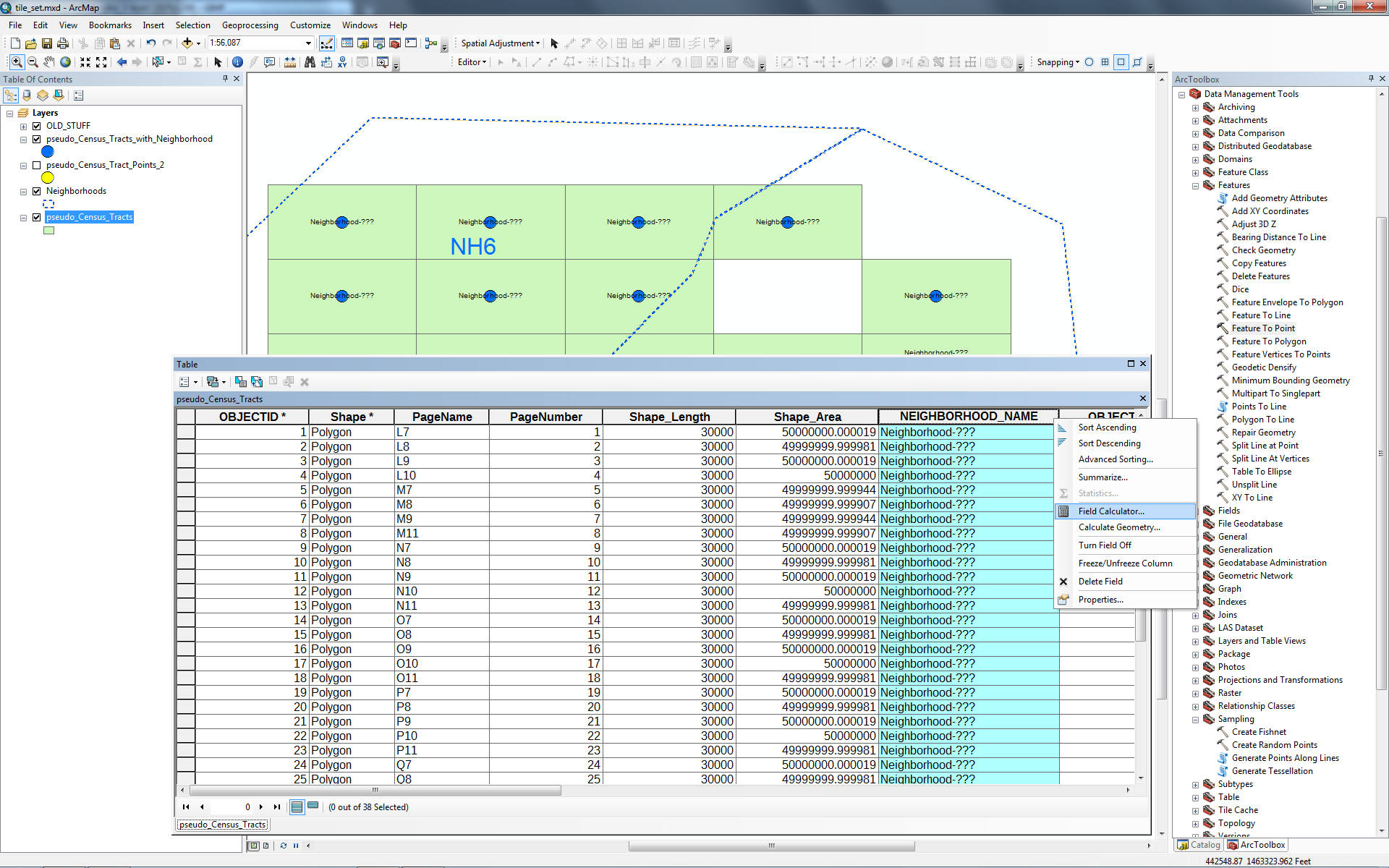 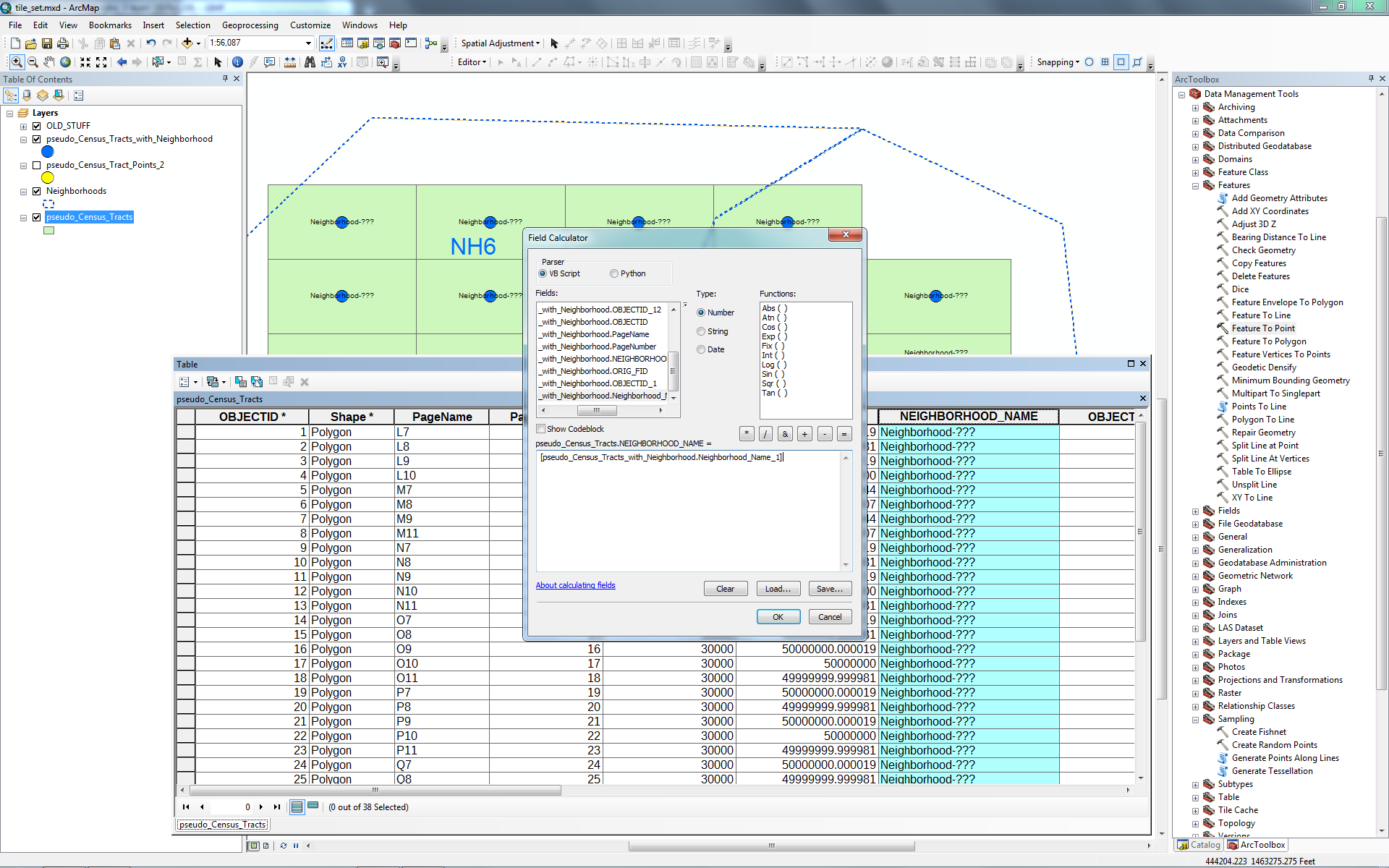 After the field calcultion is comeplete, you can Remove all joins and use the new data within your polygon feature layer. Here I've symbolized the Census_Tracts using the new Neighborhood_Name. 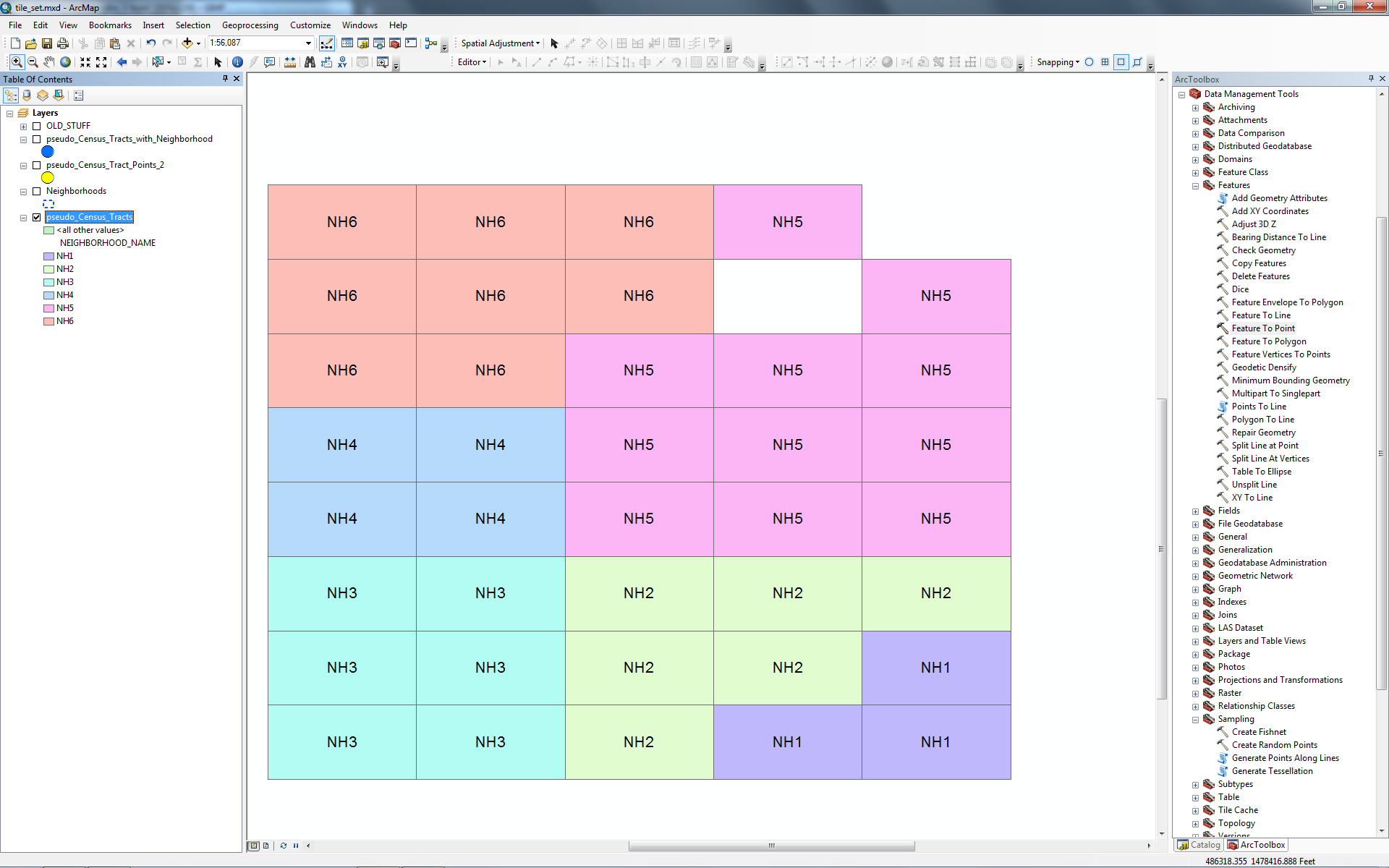 Not the answer you're looking for? Browse other questions tagged arcgis-desktop boundaries or ask your own question.