I am looking to create movement paths of fish based on observed locations.

Since I am looking at movements of fish within rivers and lakes, simply connecting the points to form a polyline will not work as many of the paths would be over land. I need some way to restrict the movement paths to within the water boundaries.

I am not a programmer and rely on the tools in the Arc toolbox to perform the operations. A new column in the FAT with distance between sequential points would also be useful.

Does anyone have an suggestions as to how to generate the movement paths?

A bit more information on the data; the majority of the locations are collected from remote receivers which tend to generate a lot of observations (one of my projects has over 3 million detections and growing, each detection record includea ID, datetime, lat and long). If a fish stays within the detection range of a receiver it is detected roughly once every two minutes which results in a lot of observations (points), so my first step is to average the lat and long over a time period in this case 1 day. Averaging the detections in the lake habitat typically works well, but doing so in the river portions can result in detections outside the river/lake boundary. So the first thing I need to do is "snap" the averaged locations into the River/Lake Boundary and then I would like to create a movement path that is restricted to within the river/lake boundary, ideally this path would include distance for each line segment. My rivers are polylines and the lakes are polygons, but I can convert the rivers to polygons if necessary. Alternatively, I could use the raw unaveraged data and all my detections would be in the boundary, although creating movement paths restricted to within the boundary is still problematic, but this would result in a lot of data. 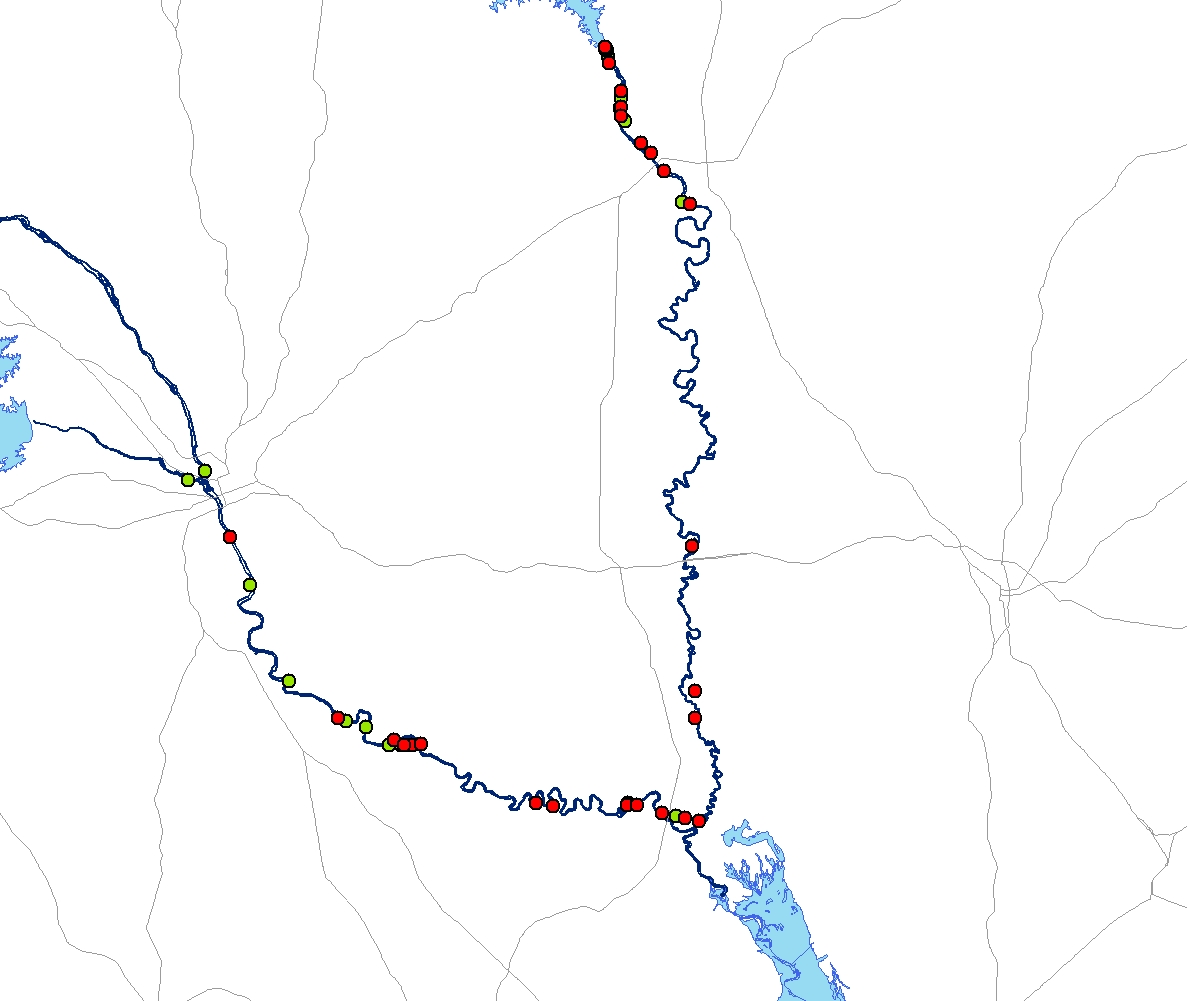 In my view, it would be better to do the analysis using rasters (cost surfaces to be precise). A draft outline method might be:

If the rivers are lines:

Some of the tools you have to use are:

If you convert the rivers from polygon to lines you can use Network Anlayst to analyse the fish paths.

You can do a Route analysis. The positons of a fish are the stops. There is a USE_INPUT_ORDER option for the stops, so that the stops will be visited in the input order.

Network Analyst needs a line network. I have no goog idea how to handle the polygons of the lakes. Perhaps you create a line dataset (grid of lines) inside the lakes?

To calculate the average positon over a time period you may try the Central Feature Tool . The result position will be inside the river.

You could try connecting all the points, then split polylines at vertices, and delete the land pieces intersected by the land polygon (which you can make erasing the river from the study area polygon), and then merge the remaining segments.

9
New to ArcGIS and want to compute distance between two points “as the fish swims”
3
Performing Multicriteria Analysis Using Distance Along Road Network?