A farmer has sent me the shapefiles from his John Deere combine. They were three shapefiles that I have merged into one layer. The shapefile is from one field with a treated tramline and a control tramline. I have georeferenced an image that shows where the treated points are and where the control points are.

Following that, I have selected the features from both tramlines individually and created a separate layer for each one.

I would like to select random points from each layer and do some spatial statistics.

I have tried using the minimum bounding geometry to create a convex hull around the layer but the attributes don't get copied when I do so which means that I am not able to use the random points in layer function.

The attribute table consists of 10 variables - the one I am interested in is wet mass.

The wet mass attribute is not an integer number. 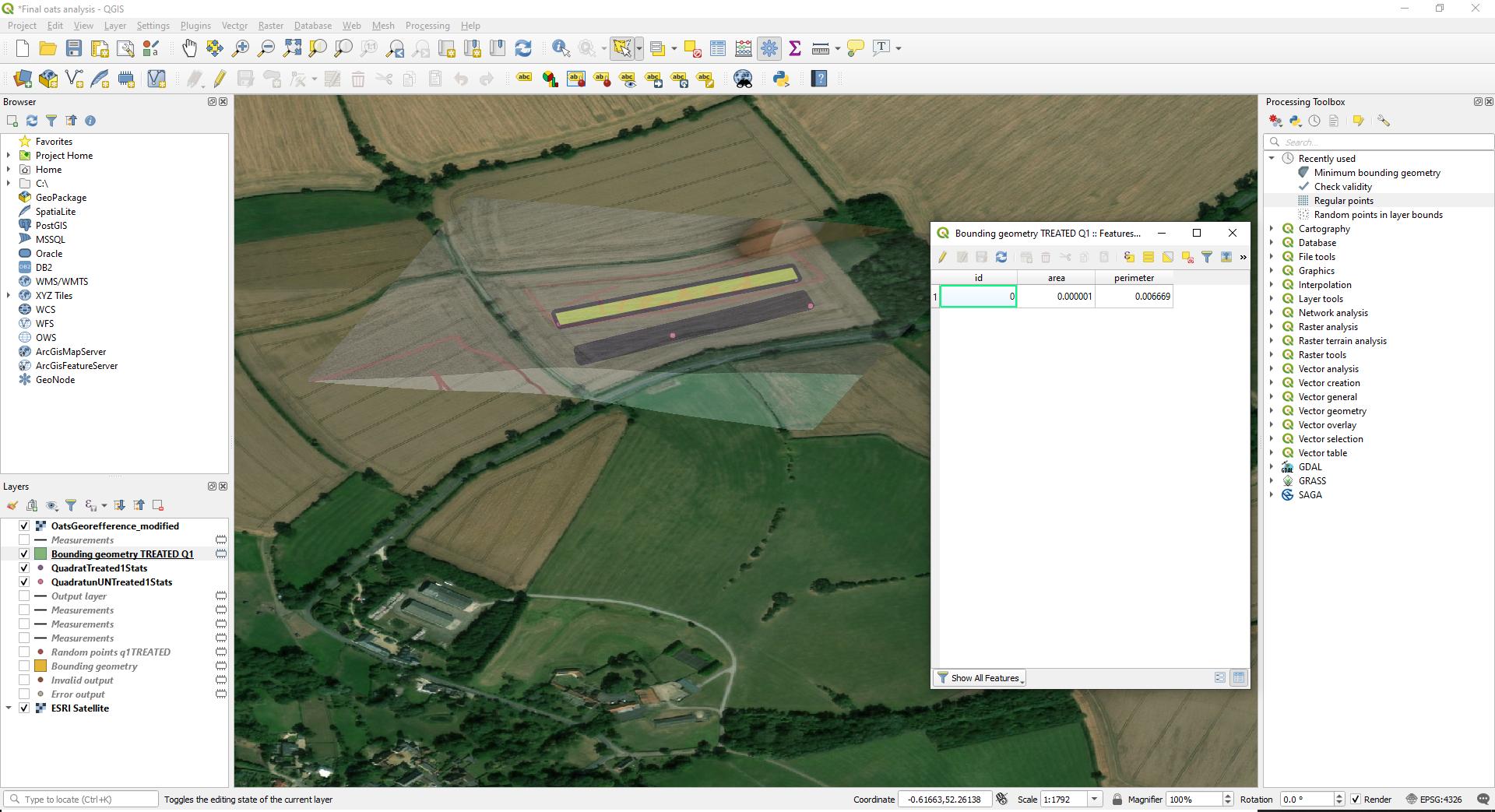 Solved. Just go vector-> research tools -> random selection. Then go to Vector -> analysis tools -> basic stats.. This took me more than it should, but I live to learn

Not the answer you're looking for? Browse other questions tagged qgis point random convex-hull or ask your own question.