Order of input when calculating the difference between two DEMs over time?

I am attempting to analyze coastal landscape change. I have two DEMs from significant post-storm periods for my study area. I would like to produce a simple DEM of difference using the Minus tool. My DEMs are from 2016 and 2014, if I want to see how much change occurred from 2014 to 2016 would I use 2016 DEM for Input 1 or 2? 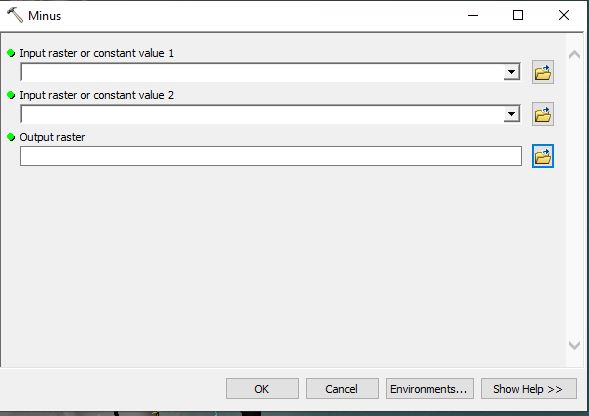 Sometimes it is easier to look into ArcGIS help: http://desktop.arcgis.com/en/arcmap/10.3/tools/spatial-analyst-toolbox/minus.htm

Not the answer you're looking for? Browse other questions tagged dem or ask your own question.

5
Best Program to use for DEM data?
10
How to compare two DEMs and show their difference?
6
Interactively determining upslope and downslope areas on DEM?
1
Selecting Specific Elevation Areas Contiguous to the Coastline for Coastal Flood Mapping
2
How to estimate the standard error on the mean difference between two DEMs?
6
Lidar DEM produces odd results related to topographic aspect
3
DEM of difference - estimate the error - simple method
0
Comparing Slope among various DEM resolutions?