Given a set of polygons of property boundary's where there is a field "Network" which shows us which network a property is in, I need to create a tight boundary for each network -it can be multipart as there will be gaps.

My workflow which mostly works is to buffer by 35m and allow "Dissolve result" and then convert to single part. 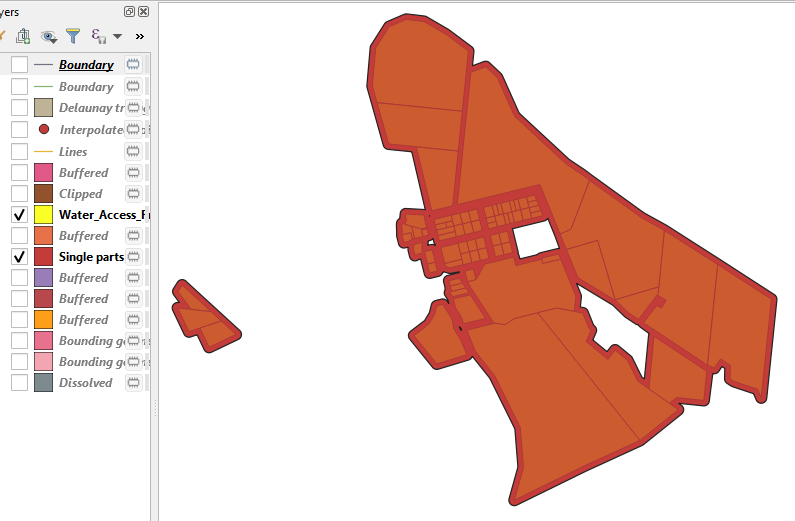 Which is close but on the outer edge the dark boundaries (which is the 35m buffer) shouldn't be there, except for the red areas below where it's just internal overlapping boundaries. 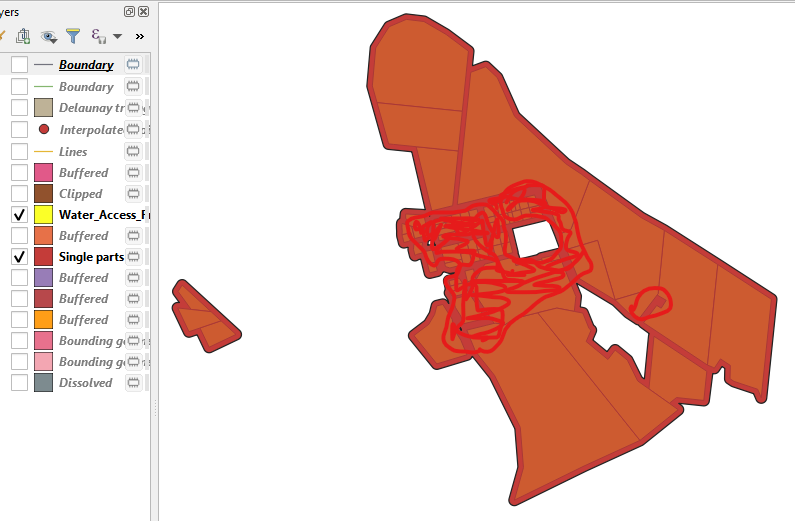 I have tried to clip this by the property boundaries in the network but this then re-adds all the small gaps over the roads etc.

I have tried the new boundary tool and the minimum bounding geometry tool but the result is as follows for both. 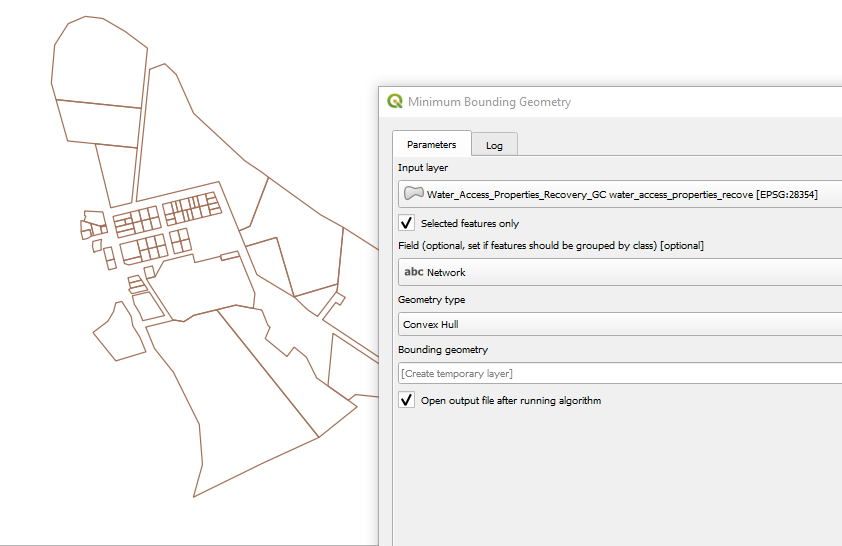 I also tried polygon-to line-to point and then Delaunay triangulation and finally dissolve all polygons in the network but this is not maintain the boundary or the required gaps as well as the buffer-dissolve method.

Any suggestions on what else I can try?

What if you buffer the first attempt by -35 meters. Should bring it back in line to before buffering.

Not perfect, but a working approximation.

8
How to create point labels from midpoints of road polylines in QGIS?
0
Vector boundary generation -similar to Image Boundary
3
How do I create line vectors with a new ID from points in QGIS?
9
Drawing boundary of set of points using QGIS?
2
Removing overlapping polygon boundaries within same layer in QGIS
3
Join touching lines in QGIS
6
Using Dissolve and Multipart to Singlepart in QGIS?