I am new to ArcGIS Desktop.

I have two layers in ArcGIS Desktop (i.e. police station (green point as shown in picture) and road networks). 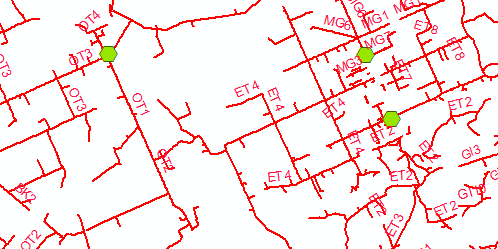 How do I calculate the distance between the police station and roads that have the same two alphabet letters in their ID?

You will have to use the Network Analyst extension. It is an optional extra that is charged extra as well. You will have to build a network from the road centrelines and then add the stations as stops. It is a steep learning curve.

An easier alternative if you have access to another extension is the Data Interop extension which is supplied by Safe Software called FME if it is standalone. That has an easier transformer for simple distance calculations like this.

18
How to calculate Network Service Areas in QGIS?