I was wondering if it exists a way to create variable buffers where the radius is given by a process of maximization of the mean value of a raster.

In the end should be something like in the picture but the radius should be the result of the maximization process described above.

There is some plugin able to do that? 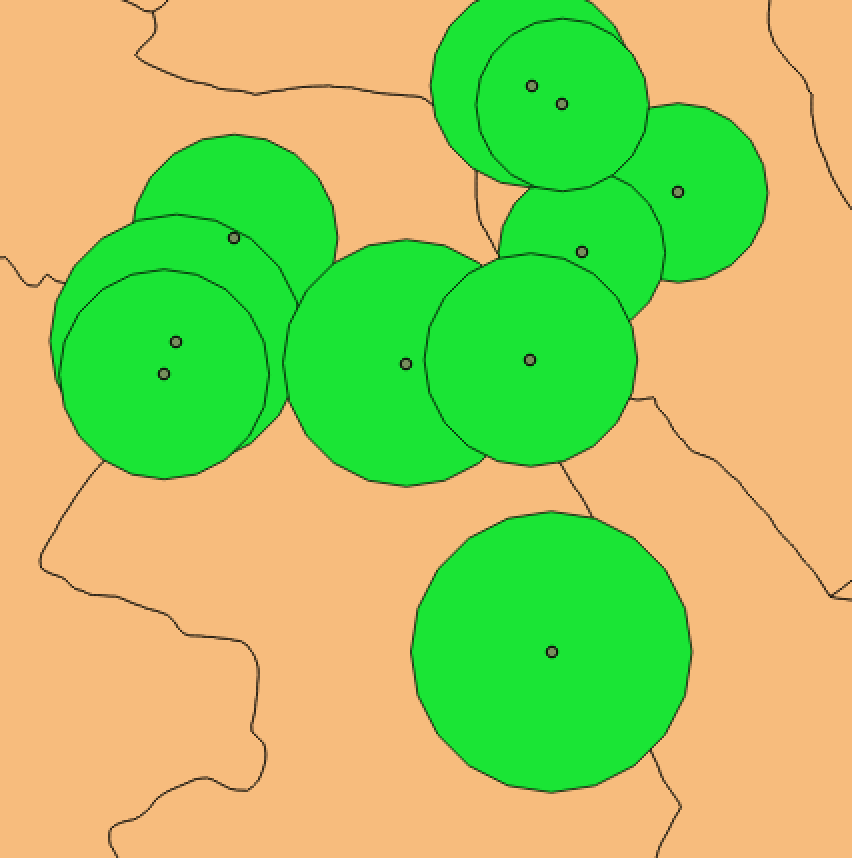 Browse other questions tagged qgis point buffer or ask your own question.

28
How to buffer raster pixels by their values?
2
Variable buffer radius in ArcGIS JavaScript API?
1
How to extract values from a raster stack within overlapping buffers?
3
Calculating mean for each buffer using QGIS?
2
How to set radius about 100km by buffer? (QGIS 3.0.1)
0
Decimal degrees buffer displayed incorrectly?
1
FME: Coordinates with a buffer - how to merge / dissolve points that overlap other buffers?