Is it possible to automate the following procedure with graphical modeler in qgis 3.4 or is it easier to perform such action with a python script using PyQGIS?

Right now this is done manually, a very time-consuming process. The manual process starts by identifying a feature and copying the RLID attribute value. Then the features with the same RLID value are selected using "Select features by value".

I am completely new to qgis but know how to program with python.

Speed is important since we have 200k features to process. I tried a little python script (with a selected feature) for extracting features with the same attribute value and it took 30s, which is very long time compared with F3 - Select features by value.

Found by older posts that a quicker way to obtain the features fs is:

Very nice use case for yet another handy QGIS feature: Layer actions!

Here the steps to configure your layer action: 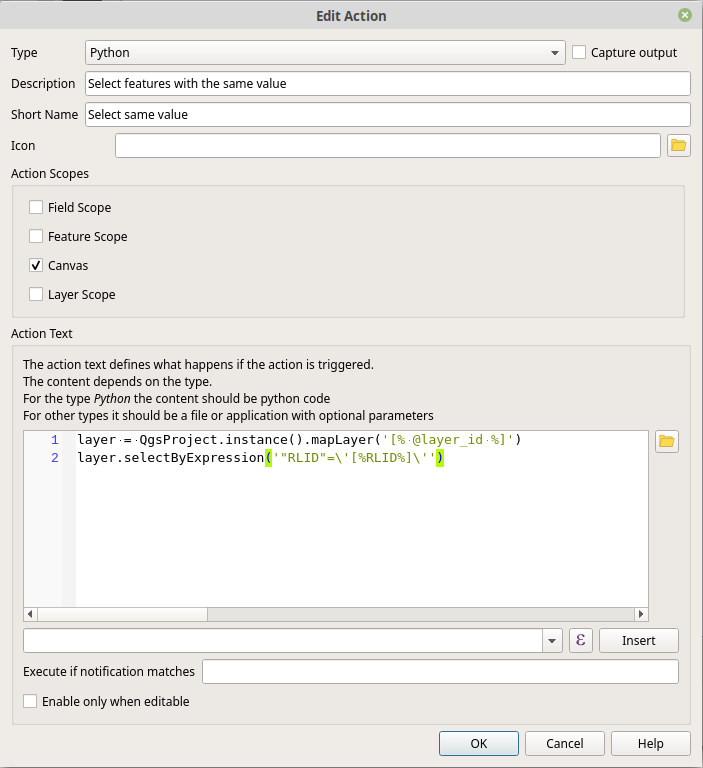 You can Copy & Paste this couple of lines of code into the 'Action Text' box:

DEMO: Since images (or, better, animations) explain it better, this is an example with my data:

Not the answer you're looking for? Browse other questions tagged pyqgis qgis-3 select-by-attribute or ask your own question.