I occasionally find a polygon that is turned inside out. The settings above show an example of this. The first image shows the polygon for Argentina plotted 'as-is', and the second image shows the same data that has had long lines densified and then re-projected. The scale is adjusted for clarity. The 3rd image shows All Countries, and their polygons would be filled correctly except that the inside-out polygon for Argentina floods them all. How can I determine when a polygon will display 'inside out', and how can I then make it display correctly? I am using DotSpatial to do the re-projection, but other methods produce the same results. A grid has been overlaid for clarity. 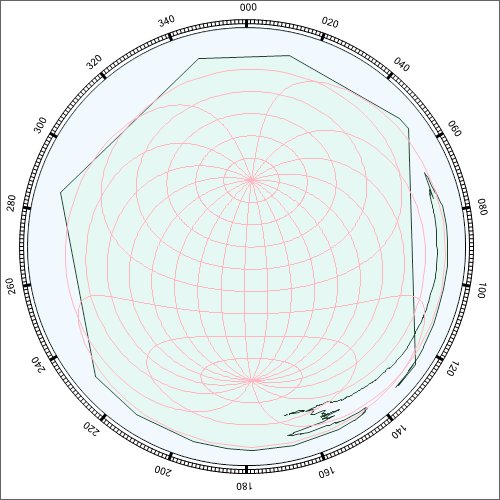 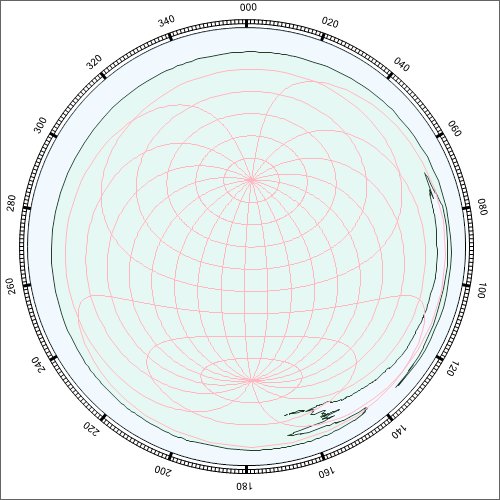 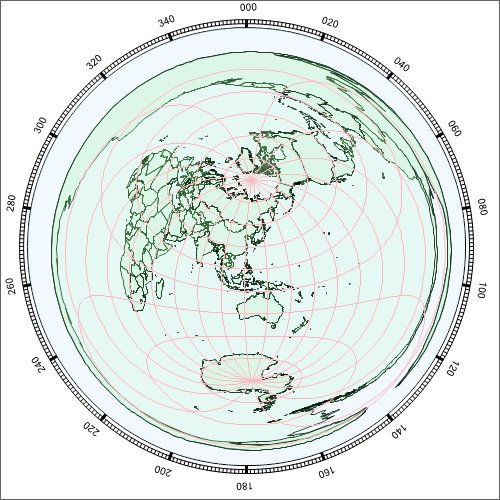 Yes, that all makes perfect sense. Therefore, I guess I could check to see if it is going to happen by checking if the antipode is within any polygon, though that might be rather slow. But the question still remains: how can I automatically re-order the points so I can fill the polygon along the edge, or do something else to make my map look good?

Out of interest, I tried the same projection in QGIS with a Natural Earth shapefile of countries, and they have the same issue.. 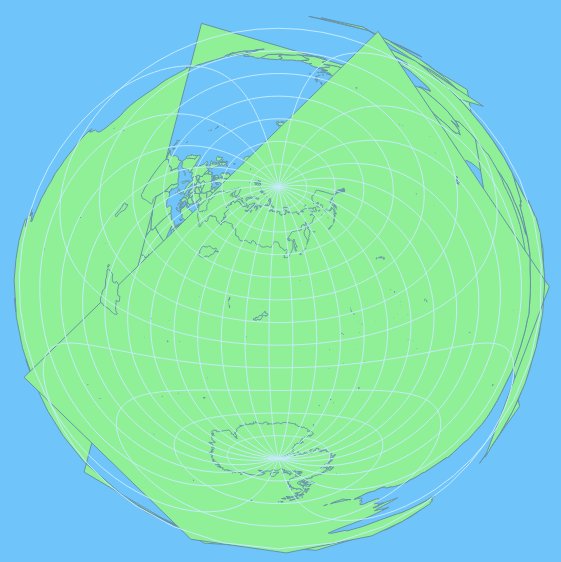 The projection makes sense to me. If you look at the points that form the polygon, where they are located, there is no way to form a closed polygon that does not surround the map between them.

I would believe that the only way that does not happen is that the antipodal point at the origin of the projection plane is within an ocean, or rather outside any other polygon.

We can think of it as follows: If the antipodal point at the origin of the projection is within a polygon, the shortest distances to some points of that polygon are going to be in totally opposite directions.

UPDATE: To fill the polygon you need to draw a circle, in the equidistant map, with the maximum possible distance, and make the circle and the polygon to be parts of the same feature. That circle represents the antipodal point in a spherical Earth, and you can think it as an artificial infinetismal lagoon in the antipodal country.

3
Lebanese army projection + datum to WGS84
0
Failure to re-project SpatialPolygonsDataFrame to Equidistant Cylindrical in R (units problem?)
5
Geometric difference between equal-area and conformal projection
0
What parameters do azimuthal and transverse cylindrical projection in secant case have as proj4 string
0
CRS conversion using Lambert Azimuthal Equal Area project goes wrong for LAEA EUROPE using C#
1
How can I calculate degree of distortion on an Azimuthal Equidistant projection?
2
Whats the name of this projection?