I have a dataset over with points every 100m over several km.

I want to number points so that they follow an 's' shaped path.

I can easily sort by X ascending using the sort & number plugin, but I haven't figured out how to alternate between ascending and descending on alternate rows.

You can achieve this using a virtual layer

The idea would be to order the row by Y, then to compute the dense_rank according to this 1st sort (i.e. all rows having the same value gets the same rank), then so apply a different sort direction on the X coordinate whether the dense_rank is odd or even.

At last, you would generate a new ID based on the row ID.

In the example below, I have used a tolerance of 0.02 degrees. You will have to adjust this value for your data. I have left the dense rank (r) value as it is helpful to identify the suitable tolerance.

The ordering statements for both ascending and descending direction are always used, but we use X or Null based on the dense_rank, effectively using only one direction per row. 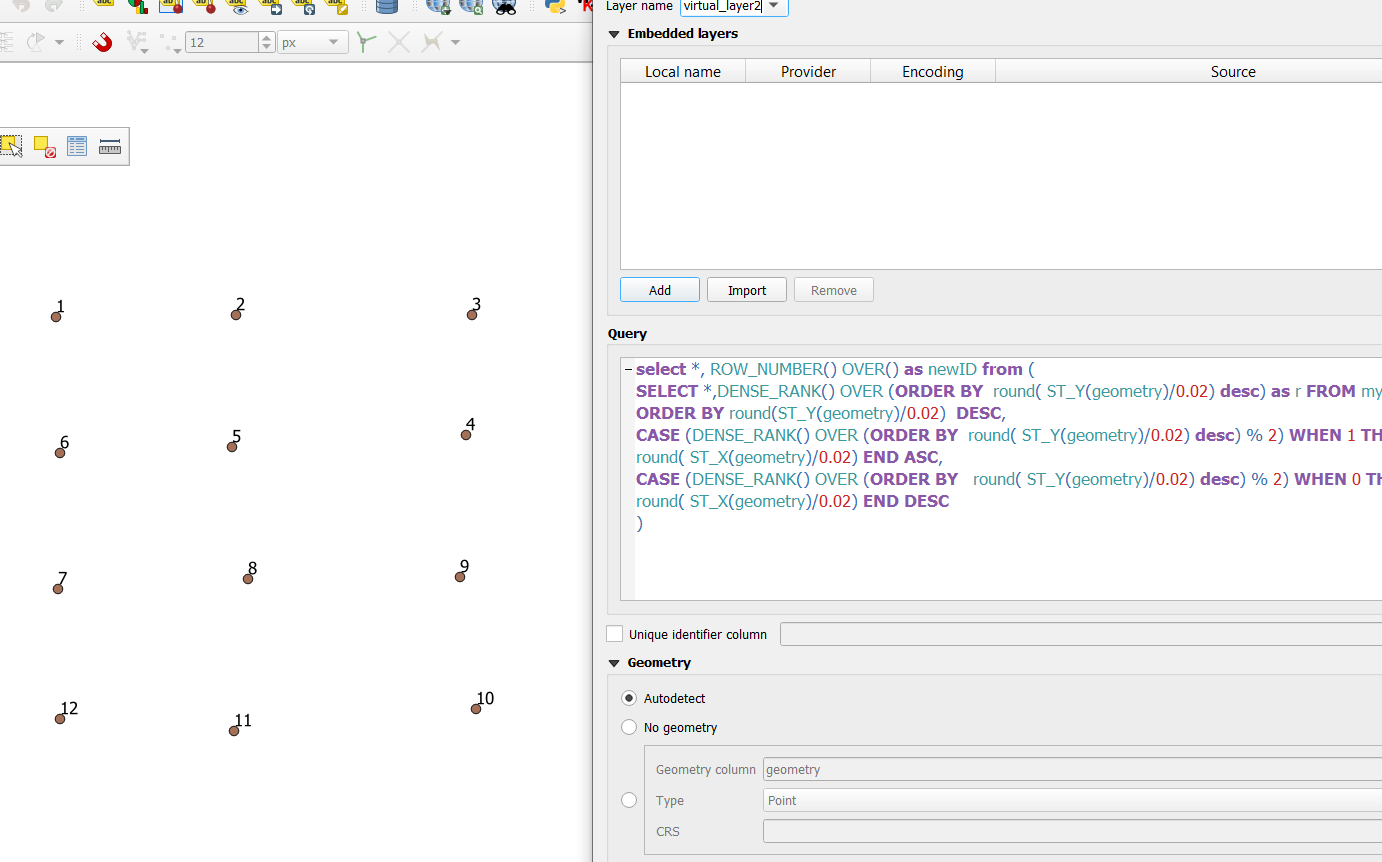 Not the answer you're looking for? Browse other questions tagged qgis sorting or ask your own question.

2
How to avoid colliding parallel lines in QGIS Composer
10
How connect points with lines in QGIS?
3
Generating routes between every point in a set of points in QGIS
6
Calculate distances between consecutive points in QGIS
3
Simultaneous usage of rule-based point displacement symbology and point clustering
0
How to determine North-facing, south, east and west forest edges in QGIS
1
Is there a way to "sort" points in a MultiLineString such that they seem more like a continuous LineString?